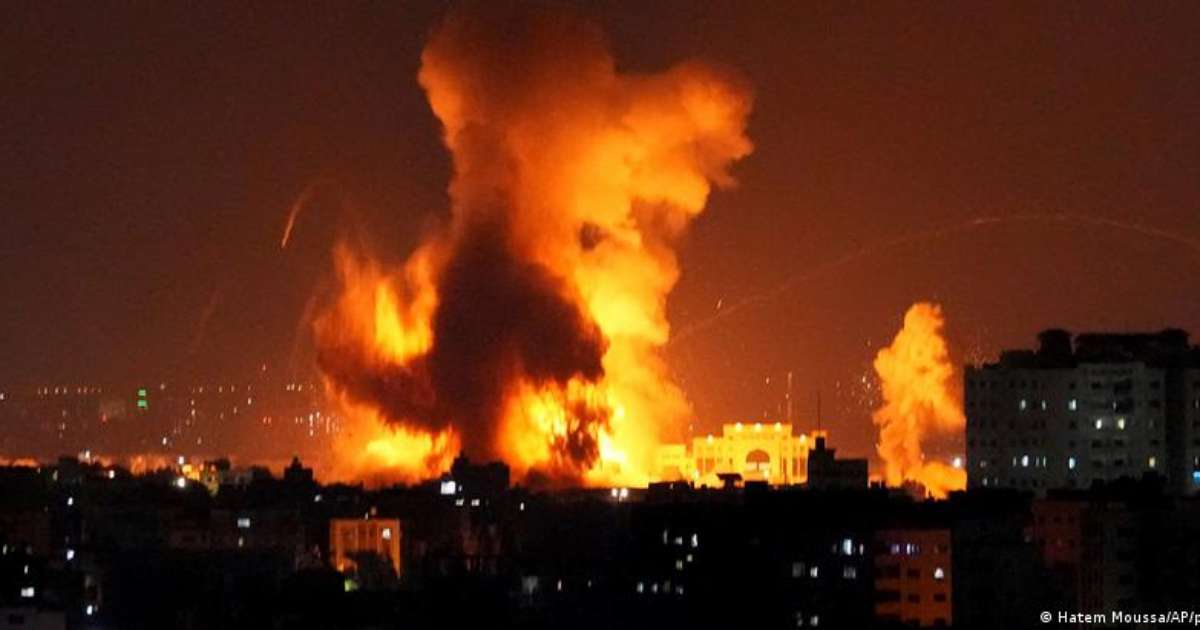 Israeli fighter jets bombed targets in Gaza on Saturday morning, 6, after the escalation of tensions in the region generated by air strikes that killed at least 12 people, including the leader of the Islamic Jihad militia.

Palestinian militants reacted by launching several projectiles into southern Israel. Fighting continued overnight, raising fears about the start of a new war between the two sides.

The latest wave of violence in Gaza began with the death of Taisir al-Jabari, leader of Islamic Jihad in the West Bank, during Israeli operations in the region that have lasted a month. Earlier this week, Israel blocked roads in Gaza and sent reinforcements to the borders with the territory.

Jabari has led Islamic Jihad since the death of his predecessor in 2019 in another Israeli airstrike, which also resulted in a wave of conflict.

Hundreds of people took part in the funeral procession for the Islamist leader and the other victims of the bombings, including a five-year-old girl.

An Israeli army spokesman said the attacks that killed Jabari came in response to “imminent threats” from two squadrons of militants armed with anti-tank missiles. He said he was designated a target because he was responsible for “multiple attacks” on Israel.

Israeli officials reported that around 190 projectiles were launched at Israel in the last few hours, the vast majority being intercepted by the Iron Dome defense system or hitting inhospitable places. Warning sirens sounded in several Tel Aviv suburbs on Friday.

Israeli attacks on terrorist targets continued on Saturday morning. Israel Defense said it was prepared for a week of new operations against Palestinian militants.

In a statement on Friday, Israeli Prime Minister Yair Lapid said his country had launched the attack in response to what he called “concrete threats”.

“This government adopts a zero-tolerance policy against any attempted attack – of any kind – from Gaza against Israeli territory,” Lapid said. “Israel will not stand still as long as there are those who try to harm its citizens.”

“Israel has no interest in a wider conflict in Gaza, but it will not back down if that happens,” he added.

The episode of violence also turns out to be a test for Lapid, who took over as interim prime minister ahead of elections in November, when he hopes to stay in office.

The centrist politician – a former television presenter and writer – has some diplomatic experience after serving as foreign minister in the outgoing government, but has few credentials when it comes to security.

A conflict in Gaza could serve to give him a new impetus on security issues, before facing former prime minister Benjamin Netanyahu at the polls, quite adept in terms of defence, who ruled the country during three of the four wars with Hamas. .

Hamas appears to be hesitant about its involvement in a new conflict, while still dealing with the devastation caused by the last war with Israel, about a year ago.

The Islamist group, which has ruled the Palestinian enclave since 2007, has already fought four wars against the Israelis, in addition to numerous smaller battles in the last 15 years, which have caused enormous damage to the territory that is home to two million Palestinians.

Efforts to reconstruct the damage caused by the bombings during the last war were almost nil, while the population suffers from the increase in poverty and unemployment that affects almost 50% of the population.