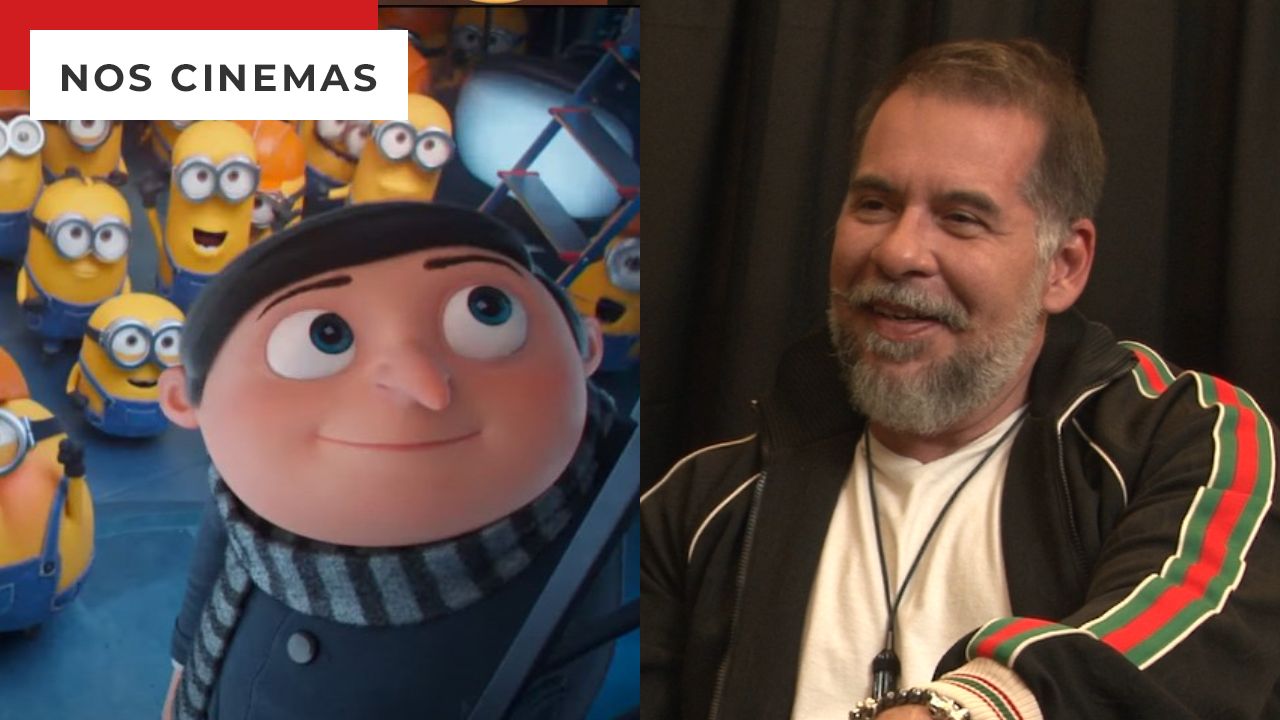 Responsible for the voice of the villain for more than 10 years, the actor returns to dub animation that has just hit theaters.

Since 2010, Leandro Hassum has taken on the voice of Gru, the protagonist of Despicable Me and also a crucial character in the journey of the most beloved yellow creatures in cinema. As in the first spin-off film, the actor returns to the role in Minions 2: The Origin of Gru, a feature that has just hit theaters across Brazil.

When presenting another aspect of his work, the artist had to adapt his voice to interpret the 11-year-old version of Gru, who is still innocent and sweet, but already mixes his wit with the desire to prove himself as a villain. For Hassum, “it helps a lot to know Gru’s future when we go back to his story, when he was a child”, explains the protagonist of Tudo Bem No Natal Que Vem in an interview with I love cinema.

“Universal Pictures provides a very good structure along with the dubbing direction so that we have a safety net when creating this”, he evaluates. “A lot of times what’s on our mind, as an artist, doesn’t fit with the interpretation created by the brilliant Steve Carell. So, my Gru comes out automatically, when I start talking I’m already doing Gru”, jokes the artist as he changes his voice to that of the character.

Minions 2: “I was a child villain!”, reveals Leandro Hassum, who returns to voice Gru (Exclusive Interview)

About bringing Gru’s child, he reiterates: “When I had to bring this other record, we talked a little before, Universal gets into this conversation a lot, and we arrived at this guy who is starting to change his voice, bringing a sweetness, that you still don’t know if he’s going to be a real villain or he’s that guy who sets some traps to get along, that guy who wants to take advantage, wants to be smart.”

About the plot and the final version of this version of the child villain, Leandro adds: “He joins this wonderful team of Minions, these adorable crazy people, these beautiful and wonderful little creatures that the kids love. I think it’s a set of things that make us reach not only the voice, but also the interpretation”.

Minions 2: “We have the best”, praises Leandro Hassum, the voice of Gru, about Brazilian dubbing (Exclusive Interview)

The actor still praises the uniqueness of the star of The Office, as the aim is “to do well something that is already perfectly done by Steve Carrel”, in addition to “translating and bringing it popularly to the Brazilian public”, he points out.

What is the story of Minions 2: Origin of Gru?

In the 1970s, long before he became the master of evil, Gru is just an 11-year-old boy, living in a suburb and planning to take over the world from his basement, without much success so far. When Gru crosses paths with the Minions, including Kevin, Stuart, Bob and Otto – a new Minion with braces and a desperate need to please, they form an unlikely family. Together, they build their first hideout, design their first weapons, and join forces to carry out their first missions.

When the infamous supergroup of villains, the Sinister Six, ousts their leader – legendary martial arts fighter Wild Knuckles (Oscar winner Alan Arkin) – their most devoted fan, Gru, decides to interview for the job. The group doesn’t wind up the diminutive would-be villain, but Gru tricks (and infuriates) them, suddenly becoming the mortal enemy of the greatest gang of evil. With the little villain in jeopardy, the Minions try to master the art of kung fu to help save him, and Gru discovers that even bad guys need a little help from their friends.

Minions 2: The Origin of Gru arrives in theaters across Brazil on June 30, next Thursday.

Previous After court battle, boy dies in coma
Next Atltico tries to avoid a streak without a win that hasn’t happened since 2019