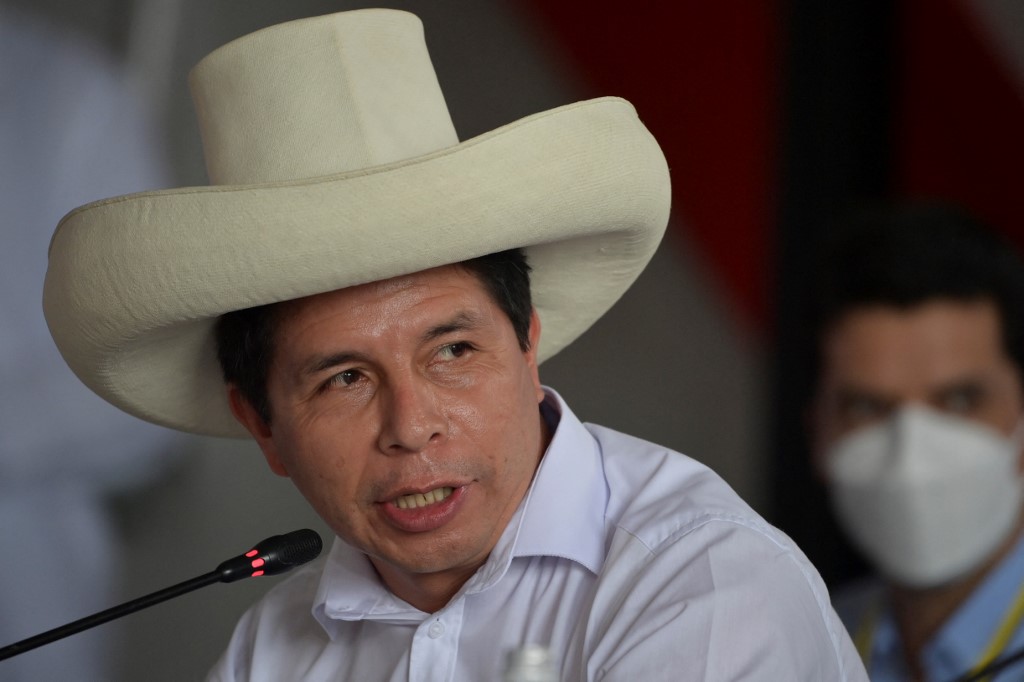 President of the country needs authorization from parliamentarians to travel; with just over a year in office, the president is already under investigation for alleged cases of corruption

LUIS ROBAYO / AFPPedro Catillo, president of Peru, completed one year of government in July and is already being investigated for alleged corruption cases.

The Congress of Peru denied this Thursday, 4, to the president Pedro Castillo permission to travel to Bogotá, capital of Colombiawhere he planned to attend the inauguration ceremony of the country’s president-elect next Sunday, 7, Gustavo Petroand his deputy Francia Marquez. In total, 67 deputies voted against allowing Castillo, 42 deputies voted in favor and there were five abstentions, which is why Congress denied the approval that Peruvian presidents must obtain from the Chamber for any trip abroad. When speaking in plenary, the deputies used different arguments to deny the authorization; some stated that there was a risk of flight, as the Public Ministry is investigating Castillo for several cases of possible corruption, while others claimed that there is “an unprecedented presidential crisis”. “I think that, at this point, the president should send [para a Colômbia] your vice president or the chancellor, but I believe that the president should be here, show his face and explain the acts in which he is involved,” said former president of Congress, María del Carmen Alva, of the right-wing Popular Action party. For his part, deputy Juan Carlos Martin Lizarzaburu, of the Fujimori Popular Force, said that Castillo “will want to flee” if he goes to Colombia, which is why he asked him to “send the chancellor and stay to assume his responsibility”.

For her part, Katy Ugarte, of the Free Peru party, with which Castillo reached the presidency, declared that the Peruvian head of state “has been collaborating with the investigations” and stressed that “he would never flee the country”. “I urge my colleagues not to be carried away by hatred or irrational theories,” she argued, but to no avail. This Friday, 5th, Castillo declared to the Attorney General of the Republic, Patricia Benavides, that he is not part of “any criminal network” and that he will prove his innocence because he did not rob or kill anyone, as he commented to the press after being interrogated by a police officer. of the cases of alleged corruption to which it responds.

According to the complaint filed with the Public Ministry, Castillo is suspected of having granted promotions to two soldiers from the Army, three from the Air Force and two agents from the National Police in an irregular manner and with the participation of the former Minister of Defense, Walter Ayala, and former presidential secretary Bruno Pacheco, who is also involved in other cases against the president. Bruno Pacheco surrendered to justice in July, after several months on the run, and offered to collaborate with the Public Ministry in the investigations opened against Castillo, which include the crime of criminal organization, among others. The head of state, who completed his first year in office on July 28, is being investigated for alleged irregularities in the bidding for the construction of the Tarata bridge, in the purchase of biodiesel, in the alleged plagiarism of his master’s thesis, in the promotions of military personnel. and the alleged obstruction of the search and capture of ex-minister Juan Silva and his nephew Fray Vásquez, who are involved in these cases.