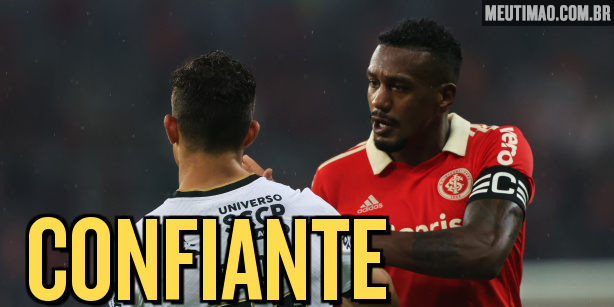 Corinthians right-back Rafael Ramos had a complaint filed by the Superior Court of Sports Justice about the case against Internacional midfielder Edenílson. At risk of punishment by the body, the player’s lawyer is confident that his innocence will be proven.

In an interview with Sports Gazette, lawyer Daniel Bialski stated that the player is supported by the expertise carried out when the case took place. At the time, official reports stated that Ramos did not speak racially against Edenílson.

“Existing expertise supports Rafael’s vehement denial that he did not commit any racial offense against the other player. Regardless of formal referrals from the Sports Court, Rafael’s innocence will be proven”, said Daniel.

At the end of May, Rafael Ramos testified at the STJD and defended again that no crime had been committed. Edenílson provided clarification a few days later and supported his accusation.

It is worth remembering that the new STJD request was made on Friday. The investigation processing auditor, Paulo Sérgio Feuz, forwarded the complaint request based on article 243-G of the Brazilian Sports Justice Code. According to Feuz, “strong indications of racial offenses committed by the side were found.”

The case happened on May 14, when Corinthians visited Internacional in Beira-Rio, for the Brasileirão. During the second half of the game, Edenílson stated that Rafael Ramos called him a “monkey”.

Edenílson opened a police report against Rafael Ramos and the Timão side ended up being arrested in the act by the police inside the stadium. He was released to respond in freedom after the payment of R$ 10,000 in bail. The Portuguese claims that it was a “misunderstanding” due to his accent and came to look for Edenílson in the locker room to talk to the athlete.

Corinthians even hired a private expert to analyze the images of the confusion. According to the document, no crime was committed. The Rio Grande do Sul Police stated in its report that it was not possible to identify what Rafael Ramos had said.

In time: Rafael Ramos is one of the 24 players who are with Corinthians in Florianópolis. Timão faces Avai this Saturday, at 19h, for the Brazilian Championship.