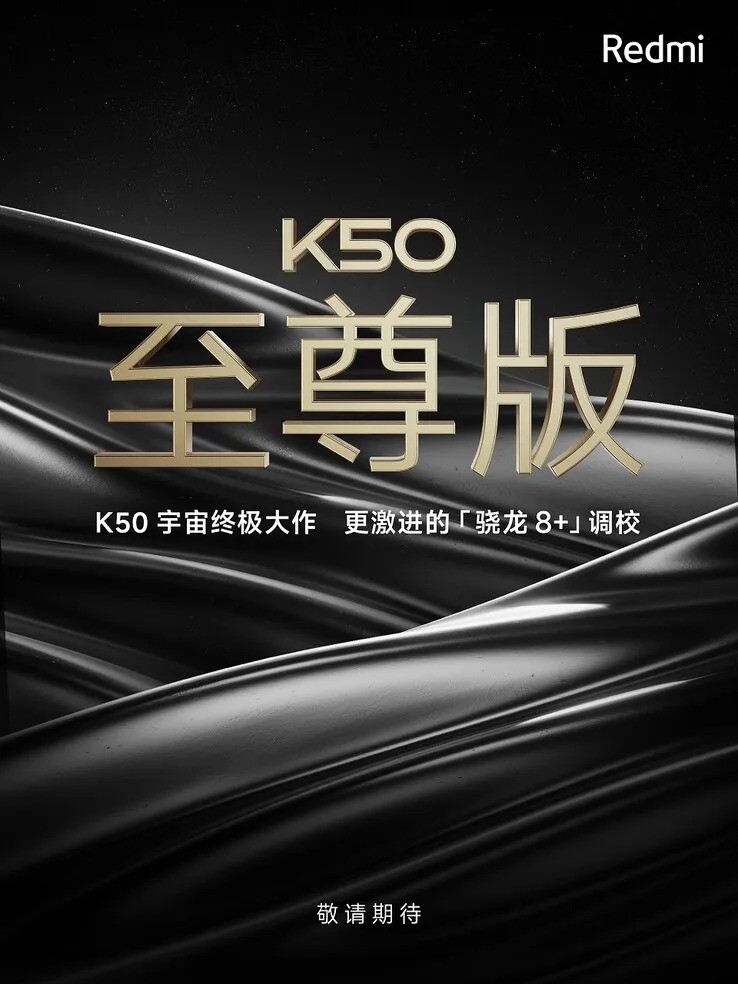 Xiaomi confirmed not only the launch of a new smartphone from the Redmi K line, but also that a model of the series will come with the Snapdragon 8+ Gen 1 processor. At first, some reports suggested that the Redmi K50S would be launched with a new top chip. line from Qualcomm.

The Chinese manufacturer, however, has made it clear that it will launch the Redmi K50 Extreme Edition equipped with the Snapdragon 8+ Gen 1 processor. It should reach the Chinese market later this month and Xiaomi did not reveal details about the global launch of the device. Above all, the new device will be the first in the lineup with this SoC.

There were no other types of details confirmed by the brand in relation to the new cell phone. However, it is possible that it is the new K50S, which has been rumored to launch in China. Again, Xiaomi has neither confirmed nor denied that it will launch a smartphone from the K50S line.

There is a possibility that K50S series devices and the K50 Extreme Edition will be released. In this way, the launch would consist of two Redmi K50S – K50S and K50S Pro – and that would likely reach the global market as Xiaomi 12T series smartphones. As for the possible specifications, we have:

If the Redmi K50 Extreme Edition is the rumored K50S, it should have a 200MP HP main camera1. Additionally, the auxiliary lens can be an 8MP ultrawide as well as a 2MP macro camera. The base model should have 8GB of RAM and 128GB of storage and the more advanced 12GB and 256GB.

As expected, the K50 Extreme Edition should hit the market with MIUI 13 based on Android 12.