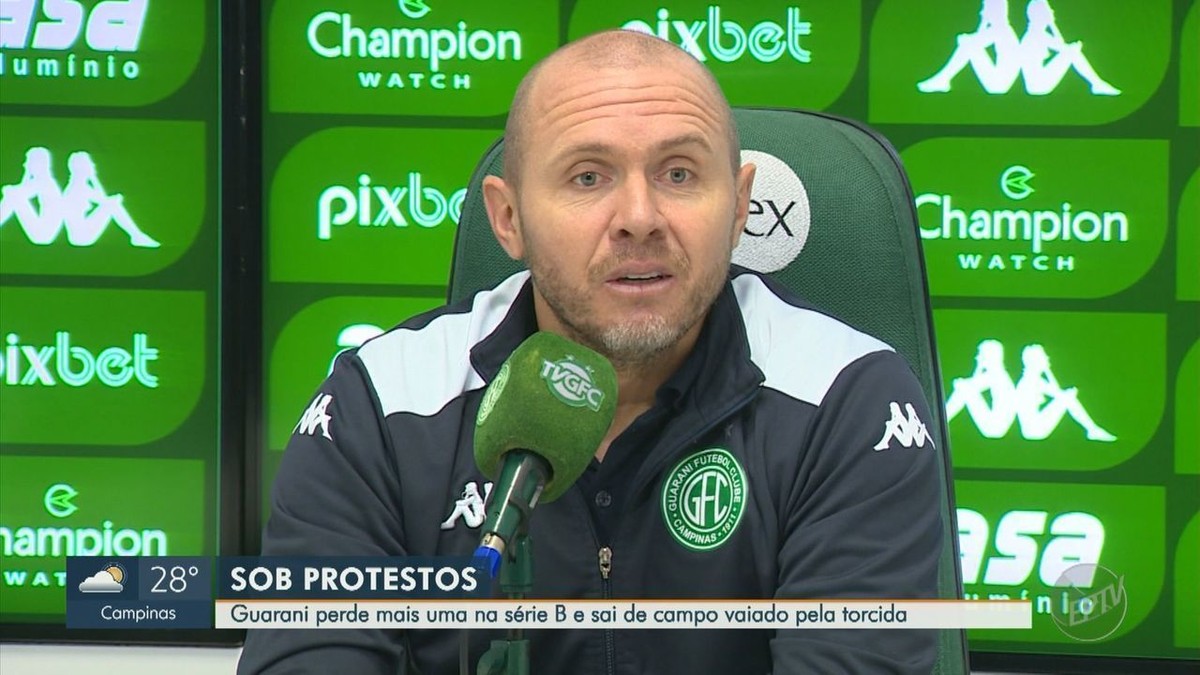 Referee Sávio Pereira Sampaio reported in the summary of the match between Guarani and Grêmio that part of the Bugrina crowd directed homophobic chants to the tricolor crowd at Brinco de Ouro (watch the video above).

The match, valid for the 22nd round of Série B do Brasileirowhich ended with a 2-1 victory for Grêmio, took place on Friday night, in Campinas.

In the document, the referee says that the act was performed during the performance of the national anthem. Sávio Pereira highlights that the refereeing team listened and communicated to the match delegate and to the police.

Excerpt from the summary of Guarani x Grêmio — Photo: Reproduction/EPTV

Article 243-G of the Brazilian Sports Justice Code (CBJD), which deals with the practice of discrimination, provides for a fine of R$100 to R$100 thousand, in addition to the loss of the number of points if the infraction has been committed simultaneously by considerable number of people.

The Guarani spoke about the case. See the full note below..

“Guarani repudiates and regrets the attitude of those who made homophobic demonstrations aimed at opposing fans in yesterday’s match, as recorded in the summary. Such behavior is reprehensible and is not condone by the club. Football cannot be a space for intolerance and prejudice.” Cruzeiro should confirm, later this week, the 15th signing for the season. It is the …