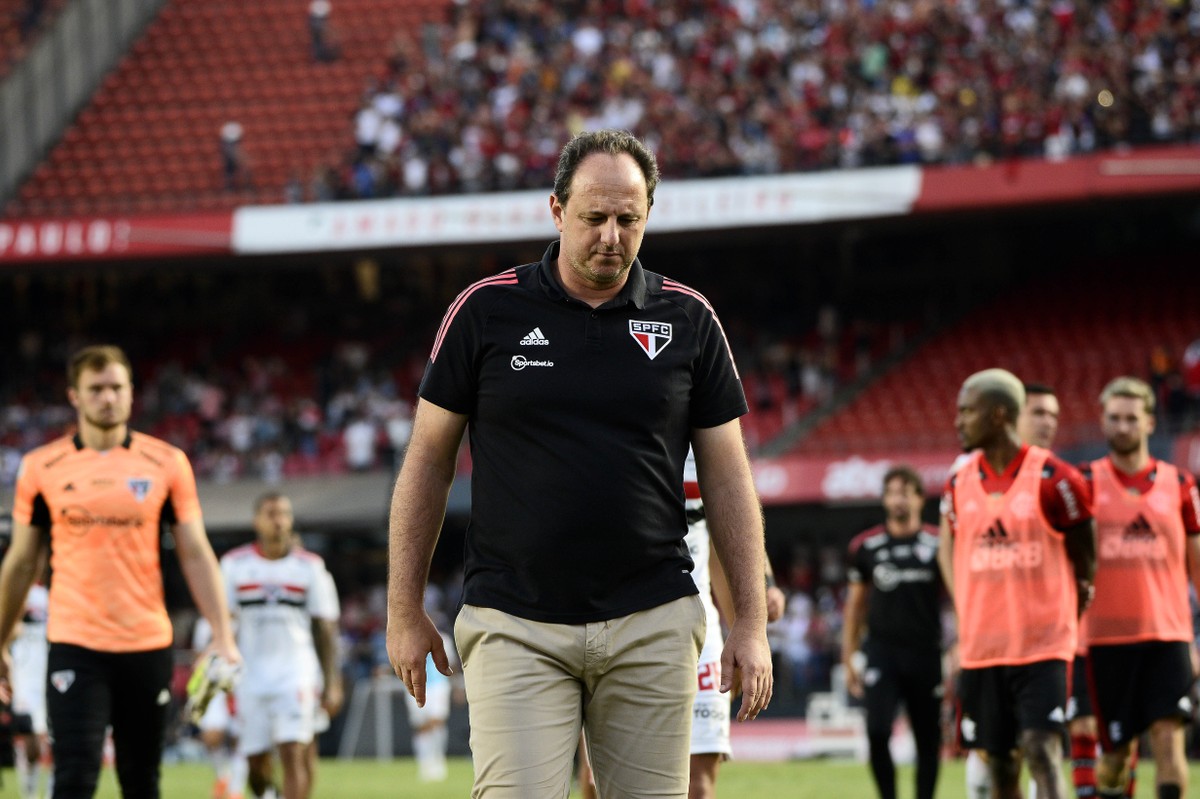 Rogério Ceni, from São Paulo, seeks his first victory against Flamengo as a coach | Sao Paulo

Rogério Ceni won the title of greatest expression as a coach at Flamengo. Responsible for taking the red-black team to the 2020 Brasileirão, the coach experiences a negative retrospect when he is on the other side. Now at São Paulo, a club where he is an idol, the former goalkeeper seeks his first victory over the Cariocas, in order to erase a recent trauma.

In November last year, Flamengo thrashed São Paulo 4-0 in front of 47,000 people, in a match in which Rogério Ceni declared that the fan should be compensated financially.

The result weighed heavily in the fight against relegation, which was only overcome in the penultimate round of the Brasileirão.

As a coach, Rogério Ceni has seven matches against Flamengo and seven defeats. There were three games for São Paulo, only one of them in Morumbi, with one goal scored and nine conceded.

The negative retrospect appears as an obstacle in the face of the need for reaction in the 2022 Brasileirão, while Tricolor shares its attention with decisive duels against Ceará (South American) and América-MG (Brazil Cup), both for the quarterfinals of their respective tournaments. .

São Paulo, in tenth place with 26 points, has not won for five games in the Brasileirão. There were four consecutive draws (Atlético-MG, Fluminense, Internacional and Goiás) and last weekend’s defeat to Athletico, in Curitiba. 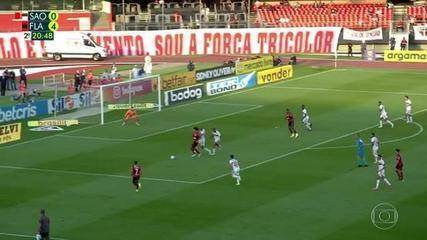 Best moments: São Paulo 0 x 4 Flamengo, for the 32nd round of the Brasileirão

The negative sequence separated São Paulo from the fight for the G-6, the club’s main objective in the Brasileirão. There are seven points for Internacional, sixth place. This Saturday’s duel, therefore, could help redefine the club’s Campeonato Brasileiro.

The distance to the relegation zone is six points (Cuiabá, 20), which creates the need for immediate recovery. At the same time, the technical commission needs to protect some important pieces, thinking about Wednesday’s decision against Ceará, in Fortaleza.

– We are trying to win the next game. The World Cups were a consequence, because my priority was the Brazilian, but I couldn’t manage it, give it the priority I would like – he commented.

– I cannot put the same players to face Flamengo. I have to have energy. If you don’t have the energy to face Flamengo, you’re swallowed. One or another athlete will start, there are good people on the outside looking for an opportunity – he added.

Thus, Tricolor should rest some important pieces for the game against Flamengo. The need for reaction comes in parallel with the need to rest the protagonists of the cast to decide the quarterfinals of the Sudamericana.

– We will try a more complete team for the Cups. The Cups were fitting better, but nobody wants to fight against relegation – concluded Rogério Ceni.