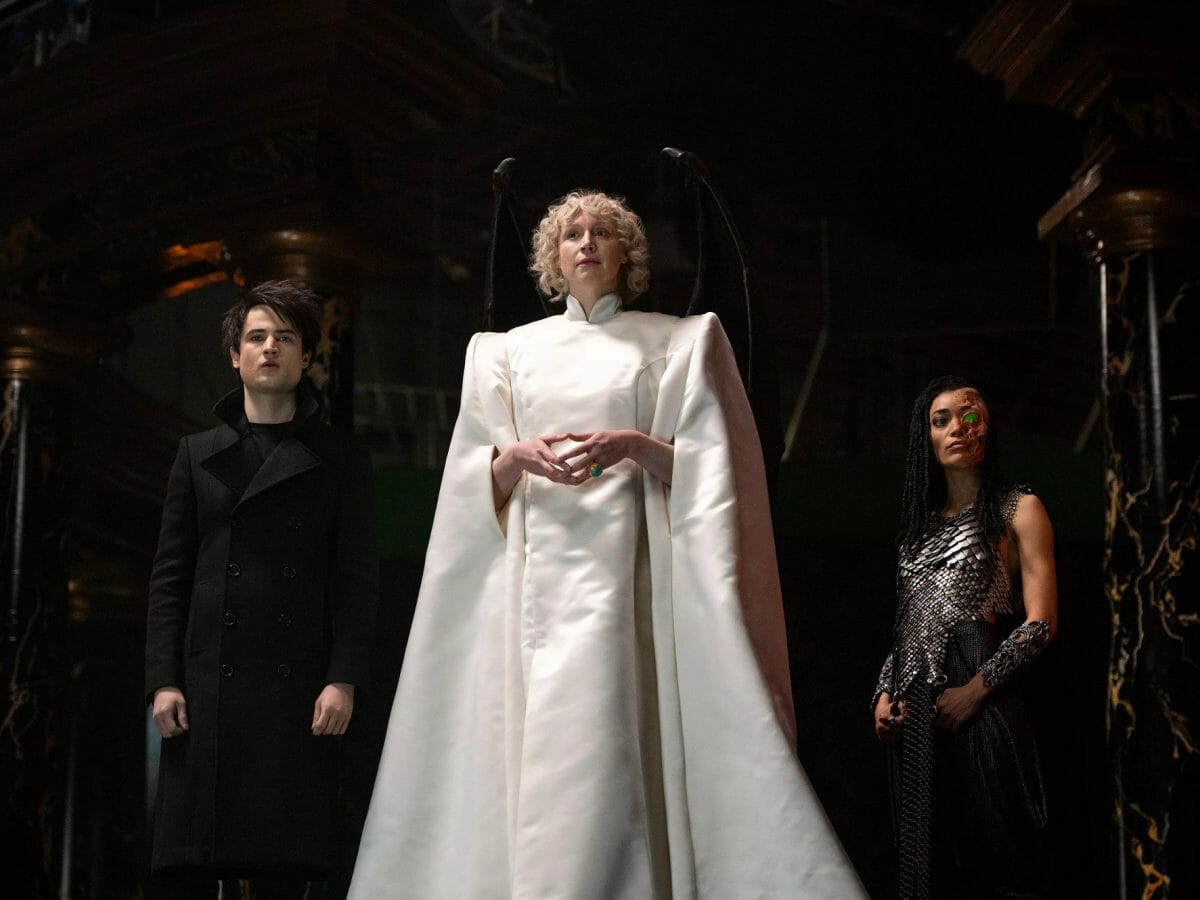 See where you know the cast from

A success on Netflix, Sandman didn’t even take 24 hours to secure prominent positions in the Top 10 in several countries – including the United States and Brazil. One of the great assets of the production is its impressive cast. Therefore, many viewers wonder: what are the most famous projects of the actors and actresses of the series?

“After years of imprisonment, Morpheus, the King of Dreams, embarks on a journey between worlds to recover what was stolen from him and restore his power,” reads the official synopsis for Sandman on Netflix.

With an 85% approval rating on Rotten Tomatoes, Sandman receives high praise for the faithful way it adapts Neil Gaiman’s comics.

We reveal below where you meet the main cast of Sandman on Netflix; check out.

In Sandman, Tom Sturridge plays the protagonist Dream. The best-known project of the British actor’s career is the film Mary Shelley. The film follows the romance between Mary Shelley (the author of Frankenstein) and writer Percy Bysshe Shelley.

In the film, Tom Sturridge plays the poet Lord Byron. The actor is also in movies like Velvet Buzzsaw and Effie Gray, as well as series like The Hollow Crown, Irma Vep, A Waste of Shame and Sweetbitter.

In the Sandman plot, Gwendoline Christie plays Lucifer Morningstar, the King of Hell. You probably know the British actress from her performance as the warrior Brienne of Tarth in the epic series Game of Thrones. Through her performance, Christie won over audiences and critics.

The actress also joins the cast of the new Star Wars trilogy in the role of the mysterious Captain Phasma. Other Gwendoline Christie films include Dark Minds, Welcome to Marwen and The Personal Story of David Copperfield.

In Sandman, Boyd Holbrook plays Corinthian, one of the main antagonists of Season 1. This is not the actor’s first project on Netflix. In 2015, the actor became famous around the world for playing special agent Steve Murphy in the series Narcos.

In the Netflix production, Murphy is a DEA agent who does everything he can to capture gangster Pablo Escobar (played by Wagner Moura). Boyd Holbrook is also in Logan (as the villain Donald Pierce) and the thriller Gone Girl (as Jeff).

Johanna Constantine, one of the most interesting characters in the Sandman, is played by Jenna Coleman. Born in England, the actress is famous for playing Clara Oswald (the companion of the 11th Doctor) in 40 episodes of the science fiction series Doctor Who.

To this day, the actress is remembered for her performance as one of the most iconic characters in the enduring British series. Furthermore, Jenna Coleman played a younger version of Queen Victoria in the series Victoria, which ran for 3 seasons.

British actor David Thewlis, a screen and stage veteran, plays John Dee in season 1 of The Sandman. The star is best known for playing Remus Lupine – the former Defense of the Dark Arts professor who turns into a werewolf – in the Harry Potter franchise.

Introduced in Harry Potter and the Prisoner of Azkaban, Lupine soon becomes one of the most popular characters in the Wizarding Universe. Other David Thewlis credits include the films Crusade, The Boy in the Striped Pajamas, War Horse and Wonder Woman.

Joely Richardson plays Ethel Cripps, John Dee’s mother, in season 1 of The Sandman. With more than 60 credits in her filmography, the actress stands out for her performance as Queen Catherine Parr – the last wife of Henry VIII – in the historical series The Tudors.

The actress also plays Charlotte Selton in the film The Patriot and Nina in the thriller Operation Red Sparrow. In addition, Richardson is in features such as Vampire Academy, Snowden, The Orphans and The Color That Fell From Space.

In Sandman, Kirby Howell-Baptiste gives a show of acting as Death, the older sister of the protagonist Dream. With a very promising career, the British actress played journalist Anita Darling in the movie Cruella, released by Disney and starring Emma Stone.

Another very famous role of Kirby Howell-Baptiste is that of neuroscientist Simone in the sitcom The Good Place, available on Netflix. The actress is also in films such as Trambiqueiras and series such as Barry, Why Do Women Kill? and Veronica Mars.

Sandman season 1 is available on Netflix.

Previous world is spinning faster, say scientists
Next Rubinho’s son wins at Interlagos and leads his father to tears in the box | motor