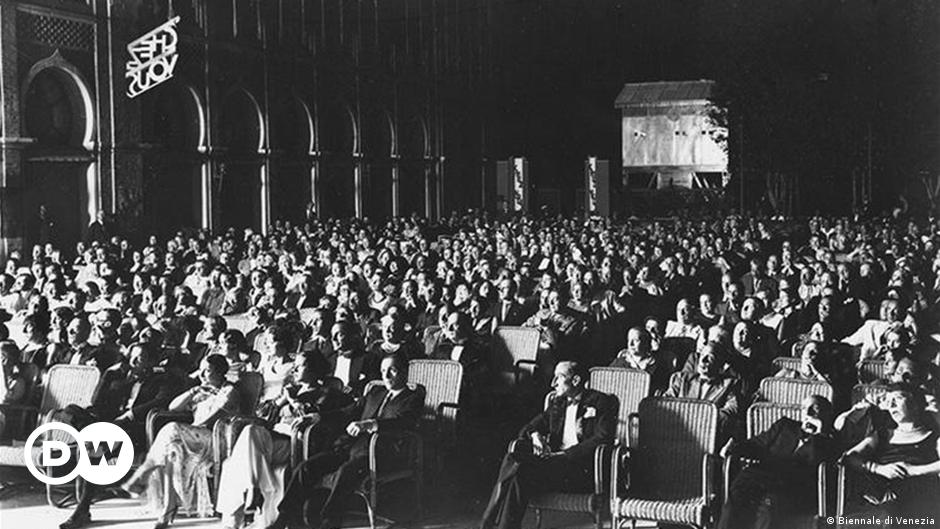 The Venice Film Festival celebrates the 90th anniversary of its first edition in 2022, and the Italian city will once again enjoy the glitz and glamor of the film industry.

However, shadows hang over the festival’s birth in 1932. The first president was Giuseppe Volpi, former finance minister of fascist dictator Benito Mussolini.

Its aim was to present the festival as a product of fascism and to emphasize the innovative cultural power of experimentation. “As a spectacle attended by Hollywood and international audiences, the film festivals lent the regime an aura of glamour, modernity and style,” writes film expert Marla Stone.

In its first edition, in 1932, the film festival took place from August 6 to 21 on the terrace of the Hotel Excelsior. However, the site soon became too small, and the Palazzo del Cinema was built on the island of Lido. In 1937, 60,000 spectators attended the event.

The presence of many Hollywood stars attracted a large audience that not only watched the screenings on the big screen, but also admired the stars up close during screenings in Venice’s spectacular nighttime setting.

The supposedly cosmopolitan heyday did not survive the outbreak of war: from 1938 onwards, the prizes for best foreign film went only to productions from Nazi Germany – that is, to one of the allies of the Fascist regime.

The judges were no longer independent, and the festival became a propaganda stage. The notorious anti-Semitic propaganda film Jud Sussby Veit Harlan, premiered at the festival in 1940, and Joseph Goebbels, the Nazi regime’s Minister of Propaganda, opened the event.

Shocked by this development, French diplomat and historian Philippe Erlanger founded his own film festival – in Cannes, France.

The last edition of the Venice Film Festival took place in 1942 – then renamed the German-Italian Film Festival. “It had nothing to do with the original festival anymore,” explains Stone. Only films from Germany, Italy and allied countries could be shown.

In Italian film magazines, reporters praised that “shallow” foreign films would no longer come from Hollywood. Since 1939, the US has boycotted the Venice Film Festival, in which the main prize was the “Mussolini Cup”.

After the end of the war, the film festival left that past behind. As early as 1946, a year after the end of the conflict, he began again to attract filmmakers from all over the world to the island of Lido. Suspended from 1968 to 1979, its 79th edition this year will open with the Hollywood production white noiseby American director Noah Baumbach, starring Adam Driver and Greta Gerwig.

The jury will be chaired by American actress Julianne Moore. Together with the judges, she will decide who will receive the coveted top prize, long renamed the Golden Lion. This year’s festival should also feature celebrities such as Timothée Chalamet, Sadie Sink, Olivia Wilde, Harry Styles, Ana de Armas, Hugh Jackman and Sigourney Weaver.

Previous Portugal approves visa for those who want to look for work – Mundo
Next Neymar pays tribute to Jô Soares in a goal for PSG: “Beijo pro gordo” | french football