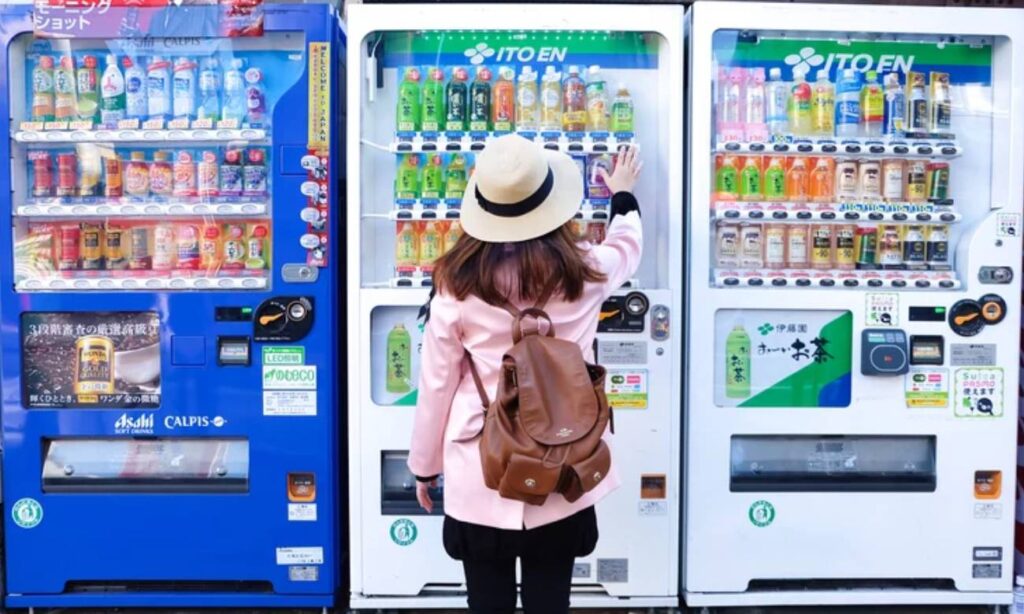 The Japanese vending machines that are successful in the world; how to acquire?

In subway stations, malls, universities or even on the streets: the japanese vending machines are everywhere. They are very practical and sometimes save those who are hungry or thirsty in the middle of the street. But have you ever thought about how they work or how they came about? If you haven’t thought about it, but are curious, check here for some answers and information about this modern phenomenon.

Read More: Remember some products that were very successful, but failed fast.

How did vending machines come about?

Not everyone knows, but the vending machines that took over the world are a Japanese invention. In this case, the initial objective has always been commercial, offering fast-food products such as snacks. Thus, the first ones appeared in Japan, in the 1950s, and contained mainly sweets inside.

However, in the 1970s it was also possible to find drinks, both hot and cold, also for sale. As time went on, more and more options emerged, as a challenge to get toys, but in general, the big emphasis is still on snacks. According to scholars, the practicality of accessing these foods is what most attracts consumers. After all, the machine is an excellent option in the absence of a fast-access cafeteria, for example.

Over time, several entrepreneurs from different countries began to bet on Japanese vending machines. Thus, they reached practically the entire globalized world and became a symbol of modernity. One factor that helps a lot to increase the interest of new entrepreneurs is the safety factor. This is because the machine provides an income that does not require a street vendor and is also rarely robbed.

It is worth mentioning that the material of the machines is usually resistant and the preference for credit card machines contributes to not attracting thieves who want physical money.

How to have a Japanese machine?

To start in this field it is necessary, initially, to buy one of the machines that have prices that vary between R$ 5 thousand and R$ 50 thousand.

Then it will be necessary to find the perfect place for sales. Some of the most common options are private universities and shopping malls. Generally, these spaces charge a rent for the permanence of the machine, and the return on investment can come in up to six months.

Previous Fulham vs Liverpool – Live – Premier League
Next Video: With heavy weaponry, Ukrainians prepare to ‘go out and defeat the target’