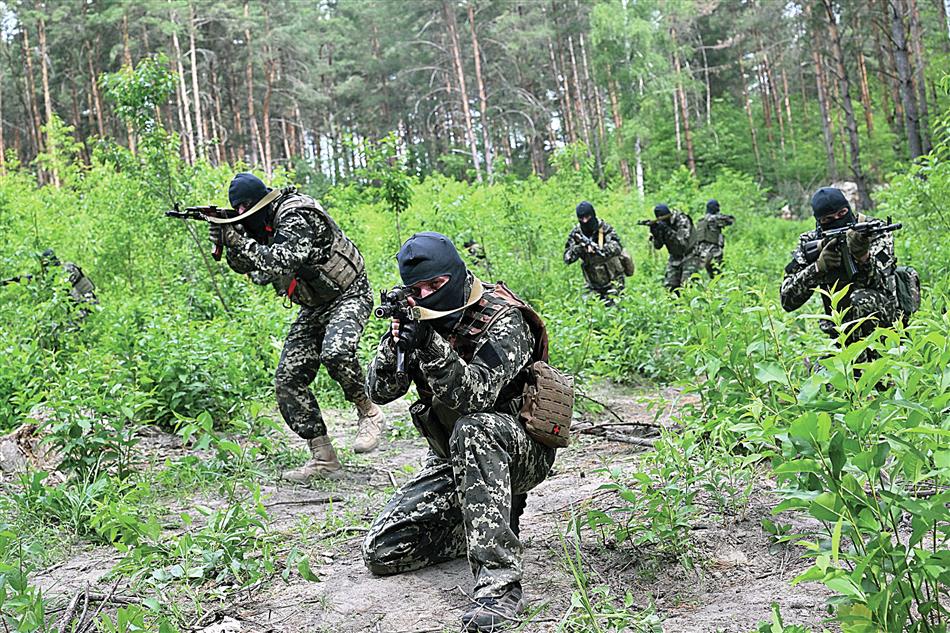 The focus of Ukraine’s war is shifting from east to south. And the Kremlin appears to be preparing an offensive from Kherson, where it has been deploying large numbers of troops, weapons and equipment, Kiev warned on Friday. The aim of the Vladimir Putin regime would be to regain the territory that it has been losing over the last few weeks, due to a Ukrainian counter-offensive, which resulted in the taking of dozens of villages and towns around the city. The invaders want to “gain the initiative” in the Kherson surroundings, declared Ukrainian general Oleksiy Hromov, quoted by Reuters. And they seek to “stop the expansion of bridgeheads” in Ukraine, which is trying to advance over the Inhulets River, a tributary of the Dnipro, towards the only major city taken by the Kremlin since the beginning of its invasion until now.

“Ukraine has actively begun to shape the course of the war for the first time,” said the Institute for the Study of War, a Washington-based think tank. Noting that, even after its heavy defeat when it tried to encircle Kiev, the Kremlin could decide where to concentrate its power, opting for the Donbass. “In this case, Russian forces appear to be responding to the threat of a Ukrainian counteroffensive in Kherson Oblast, rather than deliberately targeting,” the report continued.

While Russian attacks on Sloviansk – a city that is the supply center for Ukrainian forces in Donetsk, considered the main target of the Kremlin, and which was converted into a veritable fortress by the defenders – were held back, Ukrainian forces were piling up in Kherson. And they managed to get close enough to this city to reach it, trying to isolate the Russian garrison. The Antonivka bridge over the Dnipro River, crucial to reach the Crimean peninsula from Kherson, has been successively targeted by US M142 HIMARS missile batteries, which have a range of up to 80km. Two other bridges over the Dnipro were damaged by sabotage by the growing Ukrainian guerrilla movement growing in Kherson, the Kiev government announced.

Volodymyr Zelensky had to wait months, desperately begging, to receive the M142 HIMARS. But the wait seems to have been worth it, as these weapons have become the invaders’ nightmare, being used to hit their rear, hampering their logistics and destroying ammunition depots.

Meanwhile, as Kremlin forces are being deployed from one side of Ukraine to the other, the defenders have even taken the opportunity to carry out small counter-offensives near Sloviansk, even taking advantage that Russian aviation is being transferred to Crimea, according to the Institute for the Study of War, in order to reach the outskirts of Kherson and stop the Ukrainians.

Previous Galaxy M51 still worth it? Discover data sheet and current price | Cell
Next Kingpin is the perfect villain to fix the phase 4 crossover issue