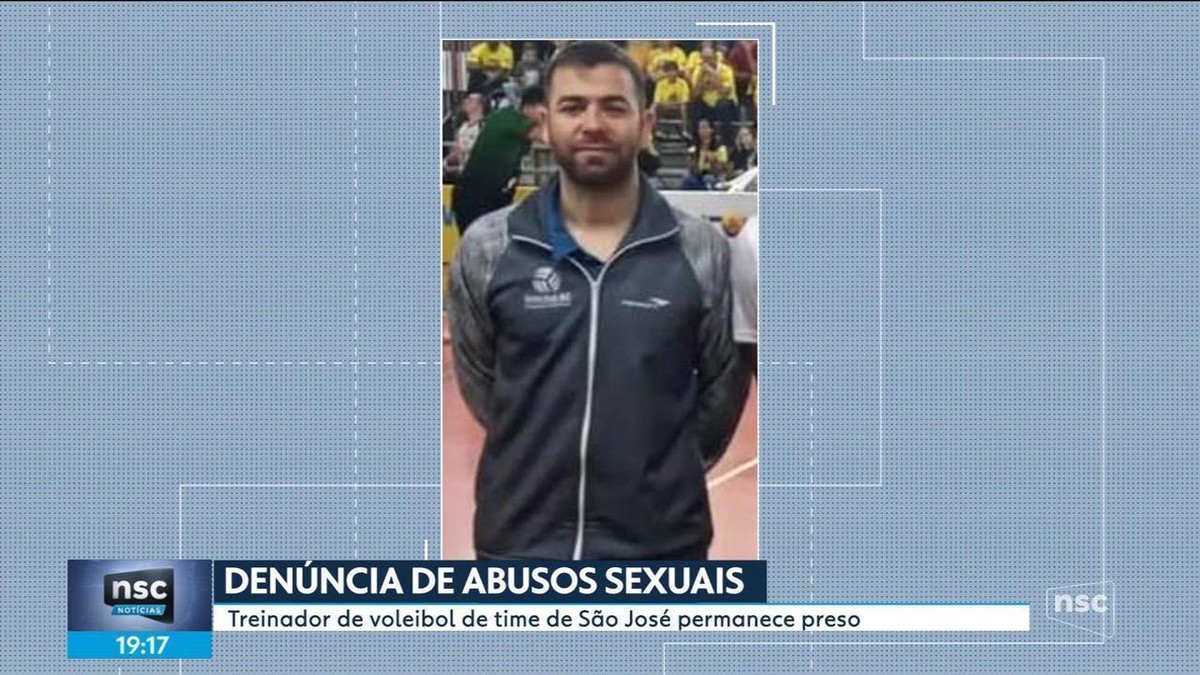 Volleyball coach suspected of sexual abuse against athletes in SC is investigated for at least 5 crimes, says police | Santa Catarina

André Testa was arrested on Thursday (4). The coach’s defense said that “pretrial detention is inappropriate and illegal”.

The delegate in charge of the case, Marcela Sanae Goto, enumerated the crimes for which the suspect can respond.

“He is being investigated for the crimes of rape of a vulnerable person, sexual harassment, article 232 of the ECA [Estatuto da Criança e do Adolescente]because he embarrassed teenagers in front of other athletes, article 243 also of the ECA, because he provided drink [alcoólica] to teenagers, and article 344 [do Código Penal]which is coercion in the course of the process, because he started to coerce the witnesses so that they did not come to provide clarifications in this police station”.

According to Goto, the suspect even pretended to be a delegate, when simulating a statement with one of the athletes, to ensure that he denied that the abuses had taken place.

“The suspect started to coerce witnesses. Even with a witness, he even simulated a situation where he would be a delegate and would start asking questions. The witness should respond denying the abuses”, he says.

The complaints were made by young people who played for the Terra Firme Sports and Cultural Association. Victims reported that the coach manipulated them to the point that they did not understand that crimes were taking place against them (watch below).

“He gains a lot of trust and ended up abusing me. I was a virgin at the time. It was my first time”, reported one of the victims. 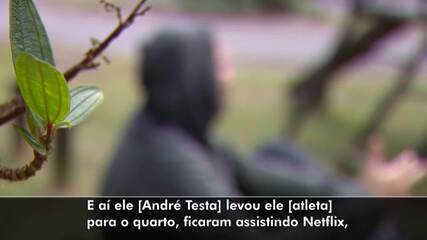 The first complaint took place in May this year. According to investigations, the abuse took place in 2017 when the victim was still a minor. Then, three more athletes file a report against André. The most recent crime allegedly took place in April, police said.

“He had the same modus operandi. He gained confidence, went out to restaurants and bars, provided alcoholic beverages to teenagers and, later, sexually abused them”, declares the delegate.

“New witnesses have already been identified and I believe that, with the arrest of the author, other victims can be encouraged and come to the police station to report the sexual abuse”, he reports.

Lawyers Leandro Henrique Martendal and Marlon Charles Bertol, who act in the defense of André Testa, expressed themselves through a note. Check it out below.

“The preventive detention of André Wilson Testa is inappropriate, unnecessary and illegal. The police only presented inferences and conjectures and, therefore, did not prove the indispensability of preventive detention, as well as did not justify the appropriateness of other precautionary measures other than the arrest.

André is innocent and the charges are unfounded. As will be seen in the course of the process, there is denunciation of a vengeful bias. All the information collected so far was produced without the right to the contradictory being given the opportunity.”

VIDEOS: Most watched g1 SC in the last 7 days