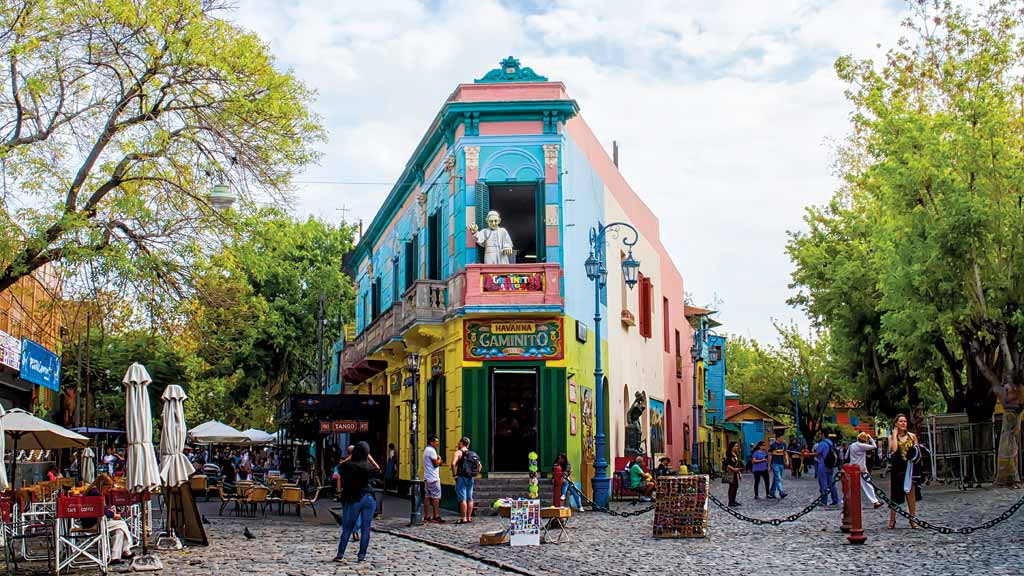 With the peso crumbling, Brazilians feel like millionaires in Argentina

To get an idea of ​​the size of the crisis in Argentina, it is not even necessary to check economic indices. It is enough to know that even for Brazilians the country has become attractive. Even with the price of air tickets still high, if you don’t think about a lot of shopping, especially electronics, tourists can spend days enjoying cafes and tangos in the Buenos Aires capital, gliding along the snowy slopes, following the movement of glaciers, sailing between islets, trekking or traveling by train paying cheap for tours and still eating very well.

The traditional seesaw that pushes Brazilians to Argentina and vice versa, according to the ups and downs of each country, is tipping over there. It is their turn to suffer with an increasingly shaky economy and with changes in ministers — Silvina Batakis did not stay in the chair for even a month and now it is Sergio Massa who heads a super-ministry that, in addition to the Economy, has unified Productive Development and Agriculture, Livestock and fisheries. But for tourists here, what is really interesting is knowing that one real is worth at least 24 pesos — at the official exchange rate — and one dollar, 132 pesos.

It already seems like a fortune, but it is still possible to exchange it for twice as much, sending pix of reais to Western Union (which offers online financial services) and, in Argentina, withdrawing the converted pesos at the company’s homes. The transaction is legal, converting the amounts at approximately twice the official exchange rate.

Felipe Abilio, who spends a season backpacking in that country and feeding the GoAbilio YouTube channel, is in the province of Buenos Aires. The trip has been going on for six months precisely because of the economic conditions. Airfares “are much more expensive now,” he says, but Airbnb and the market still make up for it. He is even after the “nomadic” visa, which extends stay periods from 90 days to another 90. This new visa is a “weapon” for Argentina, which in the crisis has tourism as its main source of income. According to the Ministry of Tourism and Sports, between January and April more than 1.4 million visitors arrived. Of this total, 35% are Brazilians, followed by Uruguayans, ahead of Americans. José Roberto Cocco, from the Brazilian Academy of Events and Tourism, recalls: “Tourism goes where the exchange rate is better and, at the moment, it is very favorable to Brazilians in Argentina. Anyone who goes for a week ends up staying two if they can. The money pays.”

Although the price of air tickets is still high in the post-pandemic period, in this second semester Gol will double flights to Argentina, the country most sought after by its customers in relation to the first six months of 2022. In addition to Buenos Aires and Mendoza, will return with Córdoba and Rosario in November. And in addition to the departures from São Paulo, Rio de Janeiro and Florianópolis, Fortaleza enters the list in August. Round trip flights will increase from 26 to 37 in September. In December, they will also leave Natal, Maceió, Recife and Salvador.

Economist Roberto Uebel, a professor at ESPM Porto Alegre, opted for a week’s vacation in Buenos Aires a month ago because here in Brazil, only the Porto Alegre-Fortaleza ticket for the couple was R$6,000 “and we were still able to go down by car. to Argentina”. The five nights he paid in a four-star hotel in the Buenos Aires capital, according to the professor, was equivalent to one night in the simplest hotel in Gramado. Through the streets, hotels, shops and restaurants full of Brazilians, Uebel could see the appreciation of the real, which was worth 47 pesos by Western Union, and take advantage of dinner prices around R$40 (by the “McDonald’s table”, the hamburger was costing half of Brazil). “We even went to a ballet with an opera at the traditional Teatro Colón for R$12. The only problem is that when exchanging coins, like my R$500 worth 26,000 pesos, the bills don’t fit in the wallet. It’s not much, but we feel like a millionaire,” he says.