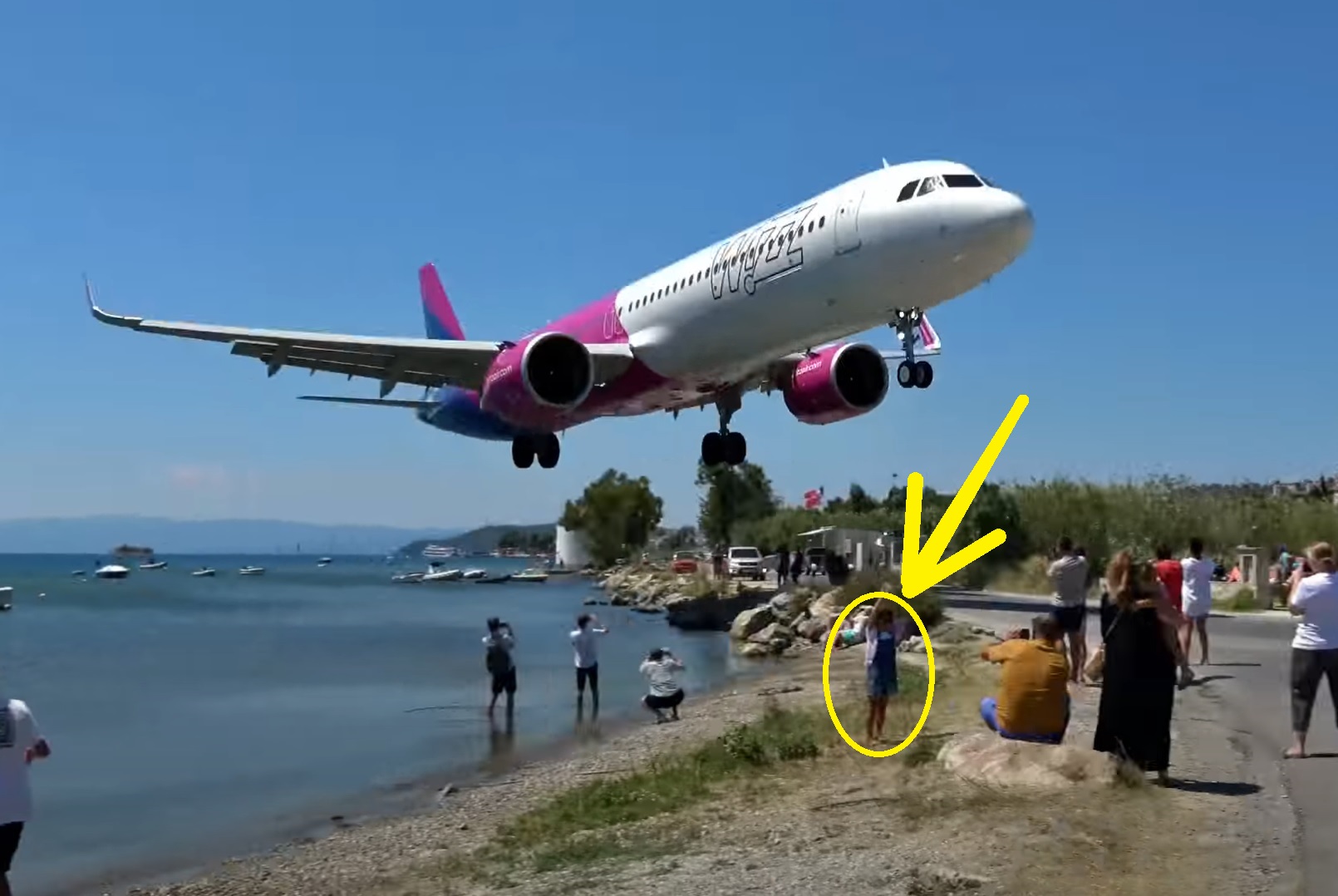 Two airports are well known around the world for having large commercial planes approaching a few meters above beaches: the famous Princess Juliana Airport, in Saint Maarten, in the Caribbean, and Skiathos Alexandros Papadiamantis Airport, in Greece.

With some regularity, both provide amazing scenes when the jets end up passing lower than normal on approach, and Skiathos’s is now “titled” to have the latest stunning video.

According to the recording below, the plane involved is the Airbus A321neo registered under the registration HA-LZT, of the Hungarian company Wizz Air. According to data from online tracking platforms, the jet arrived in Skiathos this past Friday, August 5, on flight W6-8447 from Naples, Italy.

Although the place is well known for its low landing passes, the A321neo passed much lower, causing tourists to even duck, afraid of the landing gear passing close to their heads. A child is even seen getting knocked over by the engines’ jet of air.since people were also in a place that is not recommendable to stay.

Below is the video from this Friday and, just below it, another recording that shows an approach at normal height at the same location. The scene of the child being knocked down is seen later in the video, taken from a different angle.

Video from this Friday, August 5th:

Video of a normal height landing: