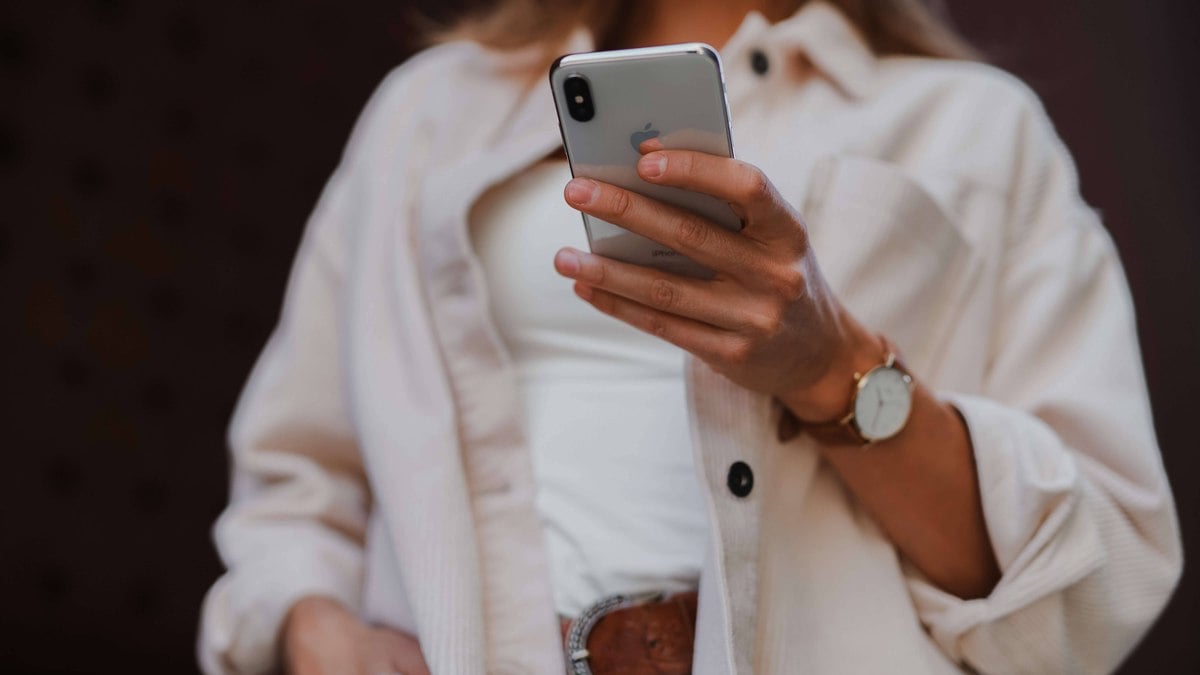 After all, why are there so many cell phone models on the market?

Buying a cell phone is not always such a simple task. From the simplest to the most complete models, manufacturers launch some variants to target the same segment. But the diversity doesn’t stop there, as, in addition to the Lite, Pro and Ultra options, there are still lines that offer RAM memory alternatives. And in the midst of all this, the question arises: what is the best cell phone to buy?

Possibly, you have already asked this question in the face of numerous smartphone options available on the market. After all, almost all manufacturers are betting on portfolio diversification to reach as many audiences as possible. And this trend has reached even the most expensive smartphones, as is the case of Samsung with the Galaxy S22 line, which has the conventional edition, the Galaxy S22+ and the Galaxy S22 Ultra.

A choice that has no end

The big question is that all this betting results in an almost endless amount of launches. No wonder, worldwide, Samsung launched around 20 cell phones between January 1 and July 18, 2022. This is what a survey carried out by Tecnoblog based on the GSMArena device list shows.

Part of these releases are aimed at the brand’s premium cell phone line, such as the Galaxy S22. But the manufacturer still revealed the Galaxy S21 FE in January, which is the simplest option of the previous generation. And this is a curious point, as the cell phone is very similar to the conventional Galaxy S21 in several aspects of the data sheet – especially in terms of appearance.

But the vast majority of the brand’s launches so far revolve around intermediate models. From the segment, there are two flagships: the Galaxy A73 and the Galaxy A53. And this is where the leap of the cat comes in, as there are only occasional changes in the processor, cameras and screen size between each one.

The situation becomes more remarkable when Xiaomi, which has already launched 40 cell phones this year, gets into the matter. The global Redmi Note 11, for example, has four variants, the most advanced of which are called Redmi Note 11 Pro and Redmi Note 11 Pro 5G. And then you wonder: what changes is just the support for 5G, right? No, because one has more cameras than the other.

The differentiation does not stop there. In addition to having four editions, there are several variations within each one. The conventional Redmi Note 11, for example, has options with the following RAM and storage combinations: 4GB + 64GB, 4GB + 128GB and 6GB + 128GB. The same goes for the Redmi Note 11 Pro with the following alternatives: 6GB + 64GB, 6GB + 128GB and 8GB + 128GB. That is, it is a variation within a variation.

Motorola also does not escape this scenario. So far in 2022, the company has launched 13 mobile phones globally. In Brazil, the brand offers the Moto G22 with a MediaTek Helio G37 processor and the Moto G42 with Snapdragon 680 4G. But the two cell phones were launched in the national market with the same suggested price: R$ 1,699.

Of course, to a more attentive observer, it is understandable that one of the two phones has a more efficient chip. But what about the lay public, how is it in this situation, since there is no way to differentiate them by value?

But why so many releases? To clear up this doubt, we spoke with IDC Brasil’s Consumer Devices research and consulting manager, Reinaldo Sakis. To Tecnoblog, the analyst made an analogy between the cellphone and computer markets.

According to Sakis, within a model of a notebook, for example, there are several variations. This scheme allows the computer to be chosen with more or less RAM memory, larger or smaller SSD, with backlit keyboard and the like. In other words: the consumer can buy the device according to their needs.

The same goes for smartphones. “In the world of cell phones, to have this wider range, the manufacturer ends up choosing to have similar models, with similar configurations, but with different names”, he explains.

Counterpoint Research analyst Tina Lu also remembers the market division by price range. “The major manufacturers aim to have a few models in every price range,” she says. “There are seven to thirteen price ranges, and each manufacturer segments them slightly differently.”

And segmentation continues within a single price range. This is because, even within a group of consumers, there are variations that can serve a very specific audience. And that’s where the changes in the specifications mentioned by the manager of IDC Brazil come in, such as offering a better camera, support for 5G, among others.

Serving all audiences without raising the price

This whole strategy revolves around a greater presence in the market. Tina Lu says that by grabbing a bigger share in each price segment, companies increase their share of the market in general.

“For example, Samsung, which is a leader in the Latin American region, leads in most price segments,” he says. “Usually there are at least two leading models in each price range. That means there are two to four models for each price segment.”

Reinaldo Sakis also points out that, by having several options to serve the public, manufacturers end up assorting more the portfolio to achieve the different uses that a cell phone can have.

“I may have a model in a similar price range, but I will have one with a little more memory. For a camera user, I can decrease the memory and increase the camera’s power. If you are a gamer user, so maybe I’ll make the camera smaller, but put in more internal processing,” he explains.

The logic is similar to models that have several variations within them. This is the case of the previously mentioned Redmi Note 11 Pro 5G, which has three cameras and offers 5G. The Redmi Note 11 Pro has an extra photo sensor, which can draw the attention of those who pay more attention to photos, but it only goes up to 4G.

This diversification helps to give extra gas to the competition. Let’s assume that company B wants to overtake company A. For that, manufacturer B creates several products within a single family: one with a better camera, another with a larger memory and another with a battery that lasts longer.

In this way, company B targets a specific product from company A to surpass it with specific options for different consumer groups.

“If you put these attributes in the same product, it will be more expensive and will leave this competition”, explains Sakis. “So, I’m surrounding my competitor with products, because when the user has five options to choose from, it’s easier to direct them in this type of situation”.

And the manufacturers? What they say?

But, after all, what do the manufacturers think? To Tecnoblog, the senior product manager of Samsung’s mobile devices division, Marcelo Daou, stated that the brand has a varied portfolio to meet the individual needs of consumers.

Daou points out that the mid-range segment is of great importance in the smartphone market. This attention is given precisely by the high variety of products, which helps to meet a larger profile of consumers. “We understand that these lines are essential for the democratization of technology”, she emphasizes.

And that’s where the two middle lines of the brand come in. The best known, the Galaxy A family, according to the executive, “leads the democratization of the latest innovations” of the company. The Galaxy M category “was designed to enhance the daily lives of users looking for high-capacity features in a cost-effective smartphone.”

Motorola’s head of products, Thiago Masuchette, also highlighted the diversification of the product portfolio. “Our product portfolio includes smartphones with unique specifications that have been carefully chosen to meet the varied needs and costs of consumers around the world,” he said.

The executive also talked about the launch of many cell phones in a short time. According to Masuchette, the strategy was adopted by several factors, including the increase in demand for new products and the shortage of components in the market. And indeed, the lack of chips has even resulted in smartphone re-releases all over the world.

The other side of the story

In fact, this strategy has one huge advantage: it caters to all possible audiences. After all, manufacturers can launch products for different price ranges, which makes it possible to expand their market share. But… what about the other side of the coin?

Tina Lu of Counterpoint Research exposes the difficulty behind all the gears in the market. “Large portfolios are expensive to manage and give manufacturing process and supply chain headaches,” she says. “Often, some models ended up with high stock”.

Reinaldo Sakis, from IDC Brazil, does not think otherwise. “This strategy is expensive,” he says. “Generating a product with several options has a very high investment from the industry”.

“Managing a broad portfolio is difficult for the company. It’s a risk: to seek out more users, they have to risk this kind of control [de preços, portfólio, parceiros de varejo, etc]”, he concludes. “Some try to control this in the comma, so that most retailers have a similar price”.

Confused or not confused? that is the question

In fact, there is a cell phone for everyone. This range ranges from simpler models, for those who want to save money and use the basics, to more complete options, for those who want the best of the best. It is even the case of smartphones for a very specific segment, such as the gamer audience, which is more focused on processing than on cameras, for example.

Still, consumers are confused by so many options available in the market? Analyst Tina Lu says that this could even happen, but the issue is different.

“Your first question is usually ‘how much am I willing/able to spend?’ It then moves on to decide on the make and model,” she says. “But often, a salesperson in the right place can help consumers change their decision.”

Reinaldo Sakis, in turn, recalls that all this vastness is not confusing because today there is a lot of information available to consumers. “You put it there in the search engine: ‘I want a cell phone in such a price range and that has camera priority’. You will find it”.

The manager of IDC Brazil also highlighted the diversity of today’s cell phone market. Sakis contrasted Ford’s famous Model T story that his car could be “any color as long as it was black.” According to the analyst, “today, having a broader portfolio, the user is able to identify his true need”.