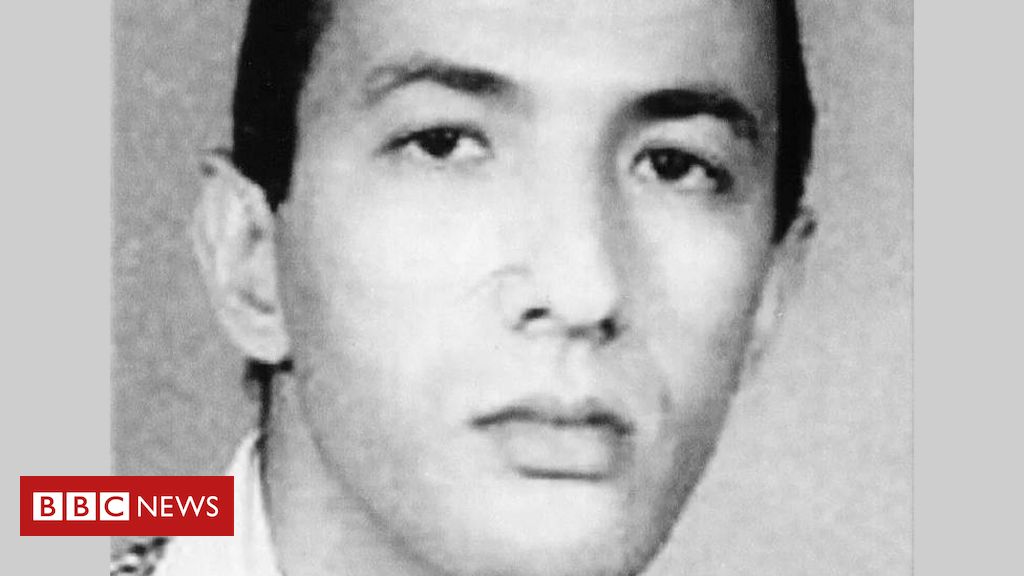 Al-Qaeda: Who is Sayf al-Adl, the ‘next leader’ of the extremist network?

The death of al-Qaeda leader Ayman al-Zawahiri in a US drone strike in the Afghan capital Kabul has sparked curiosity about who can now take command of the terrorist organization.

Sayf al-Adl, born in Egypt, is the most likely candidate. He is the sole survivor of a group of five al-Qaida veterans named in the past as al-Zawahiri’s deputy, and he is now touted as the most likely successor.

Al-Adl is currently believed to be living under restrictions in Iran – a country that al-Qaeda considers a staunch enemy.

A founding member of al-Qaeda and a trusted lieutenant to Osama Bin Laden, al-Adl is a mysterious figure – and a revered veteran of the jihadist cause.

He is still a person of interest to US authorities: he is on the FBI’s “Most Wanted Terrorists List” and information about his whereabouts is rewarded by the agency with $10 million.

He is accused of involvement in the simultaneous bombings of US embassies in Tanzania and Kenya in August 1998, which killed more than 220 people.

But he also opposed the 9/11 attacks on New York and Washington.

In a February 2021 document, researchers at the US Military Academy, known as West Point, claimed that al-Adl and other top al-Qaida figures feared — and ended up correctly predicting — that a large-scale attack on American soil would trigger a robust response that could include an invasion of Afghanistan, hitherto a safe haven for al-Qaeda operatives.

In the past, Al-Adl has written extensively on a wide range of topics, including “security and intelligence”, war and revolutions.

Information about Al-Adl’s life before Al-Qaeda is scarcer. According to the FBI, the organization’s next potential leader was born on April 11, 1963 or 1960.

Despite his status within al-Qaida, he has largely kept a low profile and barely appears in the group’s advertisements.

There are also doubts about his true identity; its name Sayf al-Adl (Sword of Justice in Arabic) is probably a nom de guerre.

He is known to have fought the Soviet occupation of Afghanistan in the 1980s alongside bin Laden at a time when al-Qaeda was being established.

Al-Adl later moved to Somalia, where he helped train militants fighting US intervention in the Somali Civil War. This campaign was made famous by the incident in which two American MH-60 Black Hawk helicopters were shot down by rockets in Mogadishu – an episode that later became the subject of the 2001 Hollywood blockbuster. Surrounded.

One of the rockets is believed to have been fired by a Tunisian member of al-Adl’s squadron.

Al-Adl returned to Afghanistan in the mid-1990s as the Taliban consolidated their control of the country. He left again shortly after the US invasion in 2001 and led a group of al-Qaeda operatives in Iran.

He is believed to have been arrested by Iranian authorities in 2003 and reportedly released along with several other al-Qaeda members in a prisoner exchange 12 years later.

Despite his prolonged incarceration, al-Adl remained an influential figure within al-Qaeda and helped cement al-Zawahiri’s position as leader after bin Laden was killed by US special forces in Pakistan in 2011.

However, his own coronation could be more complicated: US terrorism expert Colin P. Clarke claims al-Adl is still in Iran, living under “semi-household detention”.

That could jeopardize your ascension.

Not only is it almost unthinkable that he could effectively lead a global jihadist group while living under restrictions in a Shia state, there are also concerns about his safety.

Another high-profile al-Qaeda member, Abu Muhammad al-Masri, was killed in Tehran in 2020 in an alleged undercover operation by Israeli commandos.

If not al-Adl, then who?

The list of other candidates is short, as many senior al-Qaida figures have met Zawahiri’s fate over the years.

It is possible that Al Qaeda is looking for a leader among the heads of its regional affiliates in Somalia (al-Shabab), Yemen (Al Qaeda in the Arabian Peninsula) or Mali (Support Group for Islam and Muslims or JNIM).

While such a solution would be unprecedented, it might not come as a big surprise to an organization that has become increasingly decentralized under Zawahiri.

In 2013, it was widely reported that al-Qaeda leader in the Arabian Peninsula, Nasir al-Wuhayshi, was appointed deputy to Zawahiri. This might suggest that regional leaders are in contention for central leadership roles – although that is not the case with al-Wuhayshi, who was killed in a US drone strike in 2015.

Whoever is chosen to succeed Zawahiri will face the same difficulty keeping a low profile for fear of being targeted by the US.

Previous Isaquias Queiroz wins silver in the Canoeing World Cup | canoeing
Next Friends: 18-Page Letter from Rachel to Ross (Front and Back) Revealed on Display – News Seen on the web