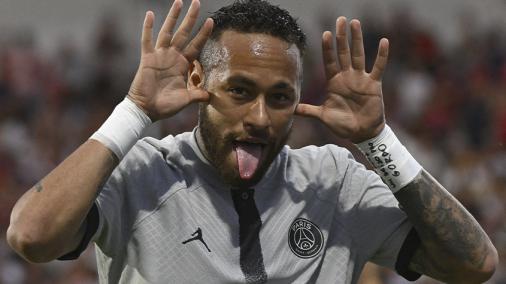 After winning the French Super Cup with ease, PSG debuted in the French Championship with a new rout. The victim of the time was Clermont, who succumbed to the Parisian stars and lost 5-0. Neymar was the highlight of the victory, with a goal and three assists, and the local press surrendered to the Brazilian’s performance.

The periodicals L’Equipe and Le Parisien, who have already made harsh criticisms of the Brazilian ace, praised the game a lot. While the first chose Neymar as the best player of the match, the second gave the Brazilian a 10.

+ In a game marked by expulsions, Lyon beats Ajaccio in their debut in the French Championship

“Just in his choices and with a technical ease that is still disconcerting, PSG’s number 10 enchanted. Author of the opening, he then delivered two caviars in very different registers to Hakimi and Marquinhos. And a third to Messi at the end of the match . It’s been a long time since he’s displayed this level so early in the season,” wrote L’Equipe.

“With one goal and three assists, Neymar was irresistible this Saturday, as was Lionel Messi, who scored twice,” concluded Le Parisien.

The result itself was defined in the first half, and with a show by the Brazilian. Neymar started swinging the nets after receiving a good pass from Messi. Then, shirt 10 began to serve his teammates. Still in the initial stage, the ace gave great assists to Hakimi, in a speed play, and Marquinhos, in a precise free kick.

+ Olympique de Marseille vs Reims: where to watch, schedule and lineups for the French Championship

In the final stage, Neymar had time to serve his great partner at PSG. Messi even tried to be altruistic and give the pass, but the Brazilian returned it in the small table, and the Argentine ace sent it in the corner. It is worth mentioning that, to close the account, “ET” scored a great goal on a bicycle.

PSG’s next challenge will be next Saturday (13), against Montpellier, for the second round of the French Championship. The ball starts at 16:00 (Brasília time), with broadcast on ESPN and Star+ channels.