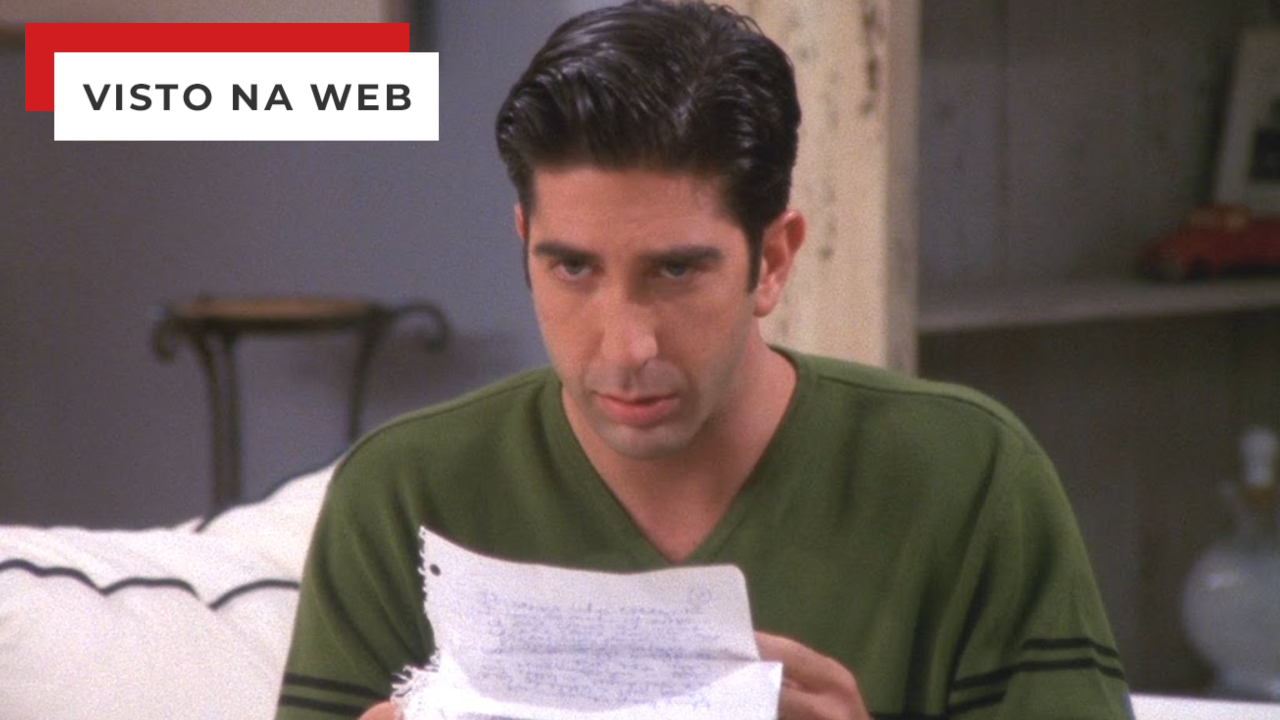 Friends: 18-Page Letter from Rachel to Ross (Front and Back) Revealed on Display – News Seen on the web

The attempt to reconcile one of the most remembered couples of the sitcons – and also the letter that made Ross fall asleep, is available for fans of the series.

The couple Rachel (Jennifer Aniston) and Ross (David Schwimmer) divides public opinion. The classic dispute that established itself in the third season of Friends is an example of this eternal arm wrestling: after all, did Ross betray Rachel or were they taking a break? Whatever your side, what we know is the various relapses and attempts to resume their relationship, which dictated the course of the series in the following seasons.

One of these moves to bring the then-ex-couple back together was made by Rachel at the end of the third season and the beginning of the fourth, when the group of friends is in a house on the beach. Ross, open to making any concessions to get his love back, receives a letter from Rachel in response, detailing all the conditions necessary for her to agree to resume the relationship. So far so good.

What Ross didn’t expect was to receive an 18-page, handwritten, double-sided letter. Committing yet another one of his countless footsteps, our favorite fool not only falls asleep while trying to read his ex’s letter, he pretends to have read it carefully and agreed with everything – only to quickly realize that he didn’t agree with absolutely anything.

The content in its entirety for many years was a complete mystery to fans of the series. In short, what the letter proposed was that Ross accept the betrayal – something he has always denied. The attempt at reconciliation may have gone awry, but fans of the couple won one of the most memorable episodes in Ross and Rachel’s history, and now they can take a look at the original letter.

On display at the Warner Bros. museum in Burbank, California, fans can read everything Rachel has expressed to her ex-boyfriend, as well as visit sets and see other items that were part of the series. In Los Angeles, it is also possible to check out the reproduction of the letter, within the Friends experience, to check out the original version, also exposed in the studios where the series was recorded.

Now with access to Rachel’s rant, it’s up to fans to draw their conclusions: After all, should Ross admit he cheated, or continue to defend the idea that they were taking a break? And you, would you also fall asleep when you receive this letter?

Previous Al-Qaeda: Who is Sayf al-Adl, the ‘next leader’ of the extremist network?
Next “I would come with ‘blood in my eyes'”; Souza reveals message from Flamengo’s alternative team holder to Ceni