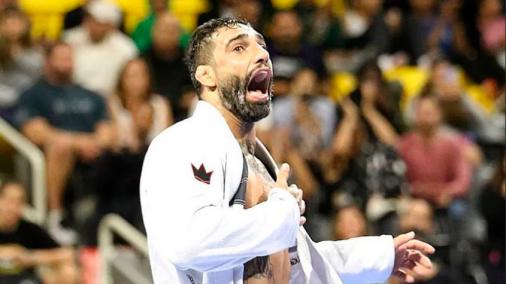 Leandro Lo, jiu-jitsu world champion, is shot in the head during a show in São Paulo

The 33-year-old jiu-jitsu fighter Leandro Lo, he died after get shot in the head when getting involved in an argument at a show, in the early hours of this Sunday, in São Paulo. The athlete, who was eight times world champion of the sport, was rescued and taken to Hospital Municipal Dr. Arthur Ribeiro de Saboya, but could not resist and was brain dead confirmed by the medical team. The information was released by “G1”. The shooter is a military police officer, according to the incident report.

+ Who goes? Globo defines team that travels to Qatar for World Cup; experienced narrator stays in Brazil and surprises

The fighter’s lawyer said the shooter is on the run. According to him, Leandro immobilized the man when he got involved in the fight, but when he released him and walked away, he was shot. The world champion was taken to hospital, but confirmed brain dead.

According to information in the incident report, the gunman was military police officer Henrique Otávio Oliveira Velozo. See description of the record made by the Military Police of São Paulo released shortly before the confirmation of the fighter’s death.

– Preliminarily, this is an incident involving the multi-time world champion of jiu-jitsu Leandro Ló Pereira do Nascimento and the military police officer Henrique Otávio Oliveira Velozo. As the witnesses report, the police officer Henrique, after a brief discussion, went to the victim Leandro’s table, taking a bottle from the table, in a continuous act the victim got up, took the bottle from the author’s hand and, in a struggle, the dropped and immobilized. At this point, colleagues of the victim separated both and asked ‘to leave it alone’. The author, after getting up, went around the table and, facing the victim, drew his gun and fired, which hit the frontal region of the victim’s head (forehead, left side). Victim is in very serious condition at Hospital Municial Dr. Arthur Ribeiro de Saboya – says the occurrence record.

Also according to the website, the press office of the Military Police of São Paulo stated that the occurrence was opened at 1:57 am.

Previous In China, more than 80,000 tourists are stranded on the island after the Covid outbreak | World
Next I tested Be Real, a new ‘authentic’ social network that bans filters