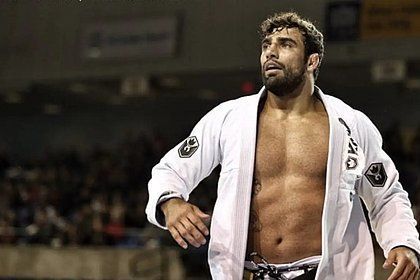 Leandro Lo, eighth jiu-jitsu world champion, was shot in the head in the early hours of this Sunday (7), in São Paulo.

Eight-time jiu-jitsu world champion Leandro Lo, 33, was shot in the head this Sunday morning (7) during a show at Clube Sírio, in the neighborhood of Indianópolis, in the south of São Paulo, taken to the Municipal Hospital Dr. Arthur Ribeiro de Saboya and is in very serious condition. In contact with the ESPN report, the Military Police, through the São Paulo Public Security Secretariat (SSP), sent a statement about the case (see the full text at the end of this text).

In him, the institution says how it treats what happened and what it has actually done.

First, it informs that the shooter was a 30-year-old military police officer who was off duty, but he does not identify him., although the Occurrence Bulletin (BO) has already registered that the same is Henrique Otávio Oliveira Velozo. And he adds that there was an argument between Leandro and the officer.

Then it says that the “the case was registered as an attempted murder by the 16th DP (Vila Clementino), which is investigating the facts through a police investigation.”

And the PM also added that he asked the Justice for the preventive detention of the policeman, that he opened an administrative investigation and that he is collaborating with the searches. to find and arrest him.

What does the São Paulo Health Department say?

At around 2:58 pm, the press office of the Municipal Health Department of São Paulo returned ESPN’s contact and informed that, at the request of Lo’s family, it has not released any data about his health status..

Nor did he confirm what the family’s lawyer, Ivã Siqueira Junior, said, according to which the fighter had already been confirmed brain dead.

Leandro Lo was shot in the head at dawn during the show by the Pixote group, at Clube Sírio, by military police officer Henrique Otávio Oliveira Velozo after an argument between them.

He is in critical condition at Saboya Hospital.according to the Military Police Occurrence Bulletin to which the G1 website had access. Family lawyer, Ivã Siqueira Junior informed the Globo news portal and other vehicles that brain death has already been confirmed in the 33-year-old fighter.

Nonetheless, there is so far no official statement about this from any direct family member, the hospital or even the PM.

“Preliminarily, this is an incident involving the multi-time jiu-jitsu world champion Leandro Ló Pereira do Nascimento and the Military Police officer Henrique Otávio Oliveira Velozo. As witnesses report, police officer Henrique, after a brief argument, went to the victim Leandro’s table, taking a bottle from the table, in a continuous act the victim got up, took the bottle from the author’s hand and, in a struggle, knocked him down and immobilized him.”, says the BO

The same goes like this: “At this point, colleagues of the victim separated both of them and asked “to leave it alone”. The author, after getting up, went around the table and, facing the victim, drew his gun and fired a shot, which hit the frontal region of the victim’s head (forehead, left side). Victim is in very serious condition at Hospital Municipal Dr. Arthur Ribeiro de Saboya.”

Leandro Lo won eight titles in jiu-jitsu Worldsthe first in 2012, in the lightweight category, and the last in 2022, as a light heavyweight, in addition to five World Cups and eight medals in Pan Americans.

See below, in full, the statement from the PM through the São Paulo Public Security Secretariat (SSP)

“A 33-year-old jiu-jitsu fighter was shot by an off-duty military policeman, 30, in the early hours of this Sunday (7), at a club on Avenida Indianópolis, in the Saúde neighborhood, south of the capital. that there was an argument between the two and the police officer shot the victim.

The fighter was taken to Saboya Hospital, remaining hospitalized in serious condition. The case was registered as an attempted murder by the 16th DP (Vila Clementino), which is investigating the facts through a police investigation.

The police authority represented the author’s preventive detention in court. The Military Police regrets what happened. The institution has instituted an administrative investigation and collaborates with the search to locate the author.”