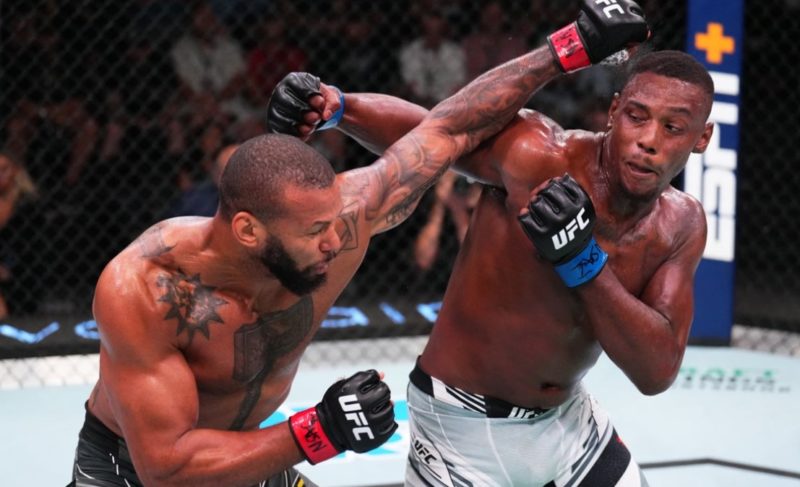 Thiago Marreta paid the price for his bravery in the UFC Las Vegas 59, held on Saturday night (06). After the start of a strategic fight against Jamahal Hill, the Brazilian accepted the frank exchange in the fourth round and ended up taking the worst. Sharp in his attacks, the American came out victorious with a technical knockout and complicated the tupiniquim’s situation in the organization.

Overcome in the main event of the event, Thiago has reason to be concerned. With the stumble, the fighter from Belford Roxo reaches five defeats in the last six presentations.

Victorious in the confrontation, Hill remains in a good phase in the company. The triumph over the former challenger for the light heavyweight belt (up to 93kg.) will make the American leave the 10th position and advance in the division led by Jiri Prochazka.

The confrontation started with Marreta taking the initiative with a low kick. Still in the first minute, Thiago sought the opponent’s legs and tried a takedown, but Hill defended well. After almost two minutes, the Brazilian launched a high kick, which exploded in the rival’s guard. With three minutes to go, Marreta tried again for a takedown and Jamahal, pressed against the bars, resisted. In the final seconds, the athletes exchanged hard attacks in the center of the octagon, but there was no more time.

In the second round, Hill was the first to attack, with four low kicks. Thiago saved on attacks and looked for the best moment to strike. With little more than a minute of confrontation, Marreta surprised and got a takedown on the opponent. Jamahal managed to get up, but was pressed against the bars by the Brazilian. In the middle of the round, the fighters went for a straight stand. Thiago received a cross from the American, but shook his rival in the counterattack. The clash became tense, with the athletes launching their best attacks. Toward the final minute, Sledge was showing signs of fatigue as Hill approached. The stage ended with a frank exchange between the fighters.

In the opening seconds of the third round, Muppet managed to take down Hill, but again, the American managed to get up quickly. The Brazilian insisted on his strategy and took his opponent to the ground again. Once again, Jamahal got to his feet. Halfway through the stage, Thiago took down for the third time. The tupiniquim tried to prevent the opponent’s reaction, which he forced to get out of the disadvantaged position. Toward the final minute, Thiago managed to get to the back and was rehearsing a rear naked choke. With the support of the bars, Hill managed to stand up, but he was pressed by the tupiniquim. At the end of the round, Marreta managed to take his rival to the ground, but there was no more time.

The penultimate round began with the athletes exchanging low kicks in the center of the Octagon. Still in the first minute, the fighters started to strike freely, looking for the knockout. With almost two minutes into the fight, Jamahal surprised Thiago with a sequence of punches, which landed cleanly in the Brazilian’s face. Sledge felt the attacks and ended up falling. Hill continued to strike and sought the end in the fast lane. Thiago just protected himself and continued to be punished by the American until the referee stopped the fight.

Welterweight (up to 77kg.): Bryan Battle defeated Takashi Sato by knockout at 44s of R1

Previous 15 Religion, Faith and Spirituality Movies to Watch on Prime Video
Next Study reveals that Brazilians are spending more than 5 hours a day on apps