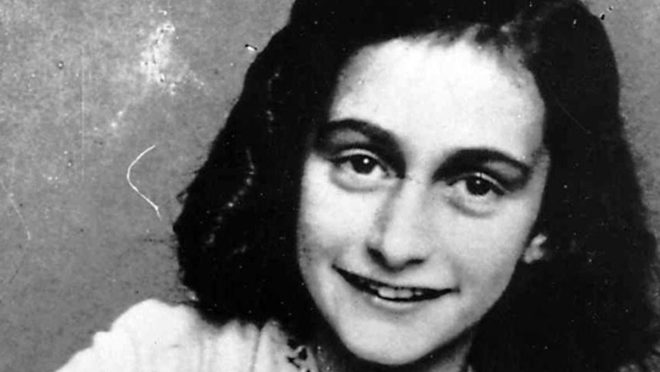 Anne Frank canceled and other signs the world has ended

Yes, the latest victim of the culture of sealing and cancellation is Anne Frank, the Jewish teenager who spent years hiding in a basement trying to escape Nazi persecution during WWII.

During this period, she wrote the diary that, in addition to its incalculable importance as a historical document, became a moral reference for several generations, as an example of resilience in the face of evil and as a symbol of resistance to the horror of anti-Semitism.

On August 4, 1944, the hideout where Anne Frank lived was raided by SS soldiers: she was arrested, interrogated, and finally sent to the Auschwitz-Birkenau concentration and extermination camp. At Auschwitz, half of those who arrived went directly to the gas chambers, and the other half were forced into slave labor.

Three months later, already exhausted and in poor health, Anne Frank was transferred to another camp, in Bergen-Belsen, also crammed with Jewish prisoners living in subhuman conditions, without food or hygiene. There she contracted typhoid fever and died. Her body was buried in a mass grave.

Well, last week the Holocaust was one of the trending topics from Twitter. The reason: activists of the so-called Critical Theory of Race, which interprets the world and all social relations exclusively through the prism of skin color, defended the thesis that Anne Frank and the Jews enjoyed “white privilege”.

Judging by the content of the posts, it seems that the genocide of 6 million Jews in the Holocaust bothers not because of the victims’ suffering, but because it overturns a valuable premise for the militants who are able to cancel Anne Frank: that white people, being necessarily oppressors, cannot be victims of discrimination and intolerance.

Some of the posts were: “Anne Frank had white privilege”; “If she were black, no one would care about this girl”; “No one is saying that the Nazis didn’t persecute white people, but white people can hide behind their whiteness, whereas in Nazi America black people can’t hide.” There were others, more coarse.

Yes, the identity madness has reached that point. Nothing good can come from that.

Also on Twitter, Canadian archaeologist Emma Paladino sparked controversy last week by suggesting that researchers in her field stop identifying the biological sex of human fossils. Her argument: the anatomy of the bones, which can tell whether an individual was born with a female or male genital organ, does not define her gender.

For this very reason, Palladino argues, it is not possible to know whether the human fossil identified itself as male or female when it was alive. And assigning a gender to a fossil, based on its physical characteristics, without knowing how it identified itself, is an oppressive practice, incompatible with the values woke of our time.

The debate, by the way, has already reached forensic medicine, where activists claim that “current standards of forensic human identification do a disservice to people who do not clearly fit the gender binarity”.

Josef Stalin was arrested in Sri Lanka. It is about a union leader who organized violent protests against the government of the small island in the south of India. the protests eventually led to the invasion and prolonged occupation of the presidential palace in early July and the resignation of President Gotabaya Rajapaksa, who was nearly lynched.

After Rajapaksa’s resignation, Ranil Wickremesinghe assumed the presidency of the country. His first steps were to send troops of soldiers and police to force the protesters out of the palace and… to have Stalin arrested. Because of this, in Sri Lanka’s social networks, in recent days the hashtag “Free Stalin!”

But what matters here is something else: not long ago, Sri Lanka, a former British colony, had a vibrant economy, with positive social indicators and a solid middle class. The serious crisis that the country is going through, with uncontrolled debt, corruption, shortages and widespread famine, reveals how mismanagement quickly leads a country to tragedy.

How did this happen?

Some say that Sri Lanka was a laboratory country for the advisers of the Davos Economic Forum, the same that says that in 2030 you will have nothing, but you will be happy.

In 2019, the newly appointed Rajapaksa invited several advisors from the Forum to form his economic team and followed their recommendations to the letter – including a ban on the use of agrochemicals and a strong campaign for the island’s population to adopt a vegan diet (“No thou shalt eat meat” is another commandment of the 2030 Agenda).

On second thought, maybe the proposal is the same. Transform the planet into an immense Venezuela, where no one will have anything, but everyone will be happy. Because, when you look to the side, you will see that the other has nothing either.