President of Warner Bros. Discovery, David Zaslav doesn’t seem to hide from anyone that he has more affection for the group famous for makeover and cooking reality shows than for the conglomerate that owns DC Comics, Harry Potter and more. The cancellation of the Batgirl movie is just more proof that he’s willing to put his scythe on Warner Bros. to make the new company profitable. In his path of destruction, the executive has already killed Brazilian series, cartoons and even soap operas!

Throwing Batgirl in the trash with the recordings completed and a few months away from its release seems strange, but David Zaslav has done it even worse with the comedy chad, created and starring Nasim Pedrad (ex-Saturday Night Live). The second season of the attraction was scheduled to premiere on TBS on July 11. But, hours before from its display, it was taken off the grid. Yes, the big boss at Warner Bros. Discovery had a program shelved that was ready to air.

Something similar happened with the animation Little Ellen, which showed a children’s version of presenter Ellen DeGeneres. Season three was set to air on HBO Max, but was scrapped because streaming chose to no longer focus on developing original content for kids. Making a drawing, it is worth remembering, is a very time-consuming and expensive process.

Buried the production of European countries

Cast of the Swedish series Lust, taken from the HBO Max catalog

The acquisition of Warner Bros. by Discovery also buried the development of all original series in several European countries. International hits on the platform, such as the Danish Kamikaze and the Swedish Lust, have even been removed from the catalogue. The cuts were made in productions from Scandinavia (Norway, Finland, Sweden and Denmark), Central Europe, the Netherlands and Turkey. Only Spain, France and the UK should be spared from David Zaslav’s relentless machete.

Camila Pitanga was hired to star in the telenovela Segundas Intenções

One of HBO Max’s main projects in Brazil, the original soap operas have become a great uncertainty for everyone involved. Second thoughts, the first of its kind, had its production stopped abruptly and will only resume work at the beginning of September. But behind the scenes, cast and crew are already considering the possibility of jumping off the boat before it sinks for good.

Soap operas that would come later, such as one developed by Izabel de Oliveira (from Cheias de Charme), are even more surrounded by doubt. Executives are likely to wait for the results of Cruel Intentions to assess whether it is worthwhile to continue investing in the genre. And, as David Zaslav has already proved, his level of demand is of the highest.

Jornada Astral, presented by Angélica, has already been removed from the catalog

When streams produce original content, the idea is that it will be available forever in the catalog. But not with HBO Max! Under the management of David Zaslav, programs, series and films created for the platform go offline without prior notice. From Brazil, victims include familiar faces such as Angelica (and his Astral Journey), Ivete Sangalo (Onda Boa with Ivete) and Sandy (Sandy + Chef). To make matters worse, it has become impossible to watch these attractions now as they are not available anywhere else.

And the disappearance of originals even affects North American productions. The remake of The Witches’ Convention (2020), with Anne Hathaway and Octavia Spencer, is no longer available – but the original, from 1990, is still there. Our Dreams from Mars, which premiered in March of this year, didn’t even last five months and disappeared too.

Leslie Grace would be the star of the Batgirl movie

David Zaslav’s most resonant blow, however, was the death of the Batgirl movie. The decision to cancel the film, which was already in post-production, took those involved by surprise, caused an unprecedented crisis in the halls of DC Films and even left Warner Bros. with an image of an unreliable place, something terrible in Hollywood.

Earlier, the company’s president had already buried a film of the Supertwins, which would star KJ Apa (from Riverdale) and Isabel May (from 1883). In this case, however, the recordings hadn’t even started, so the damage was minor. The uncertainty is due to the future of DC’s heroes in cinema: there are rumors that the Supergirl feature has also gone up on the roof, and fans of Bruna Marquezine are anxious to know if Blue Beetle will actually hit theaters.

With so many controversial acts, David Zaslav will have to present very positive results to prove that his decisions were favorable to Warner Bros. Discovery. Because, so far, that classic question by Anitta is valid: “Are you a hater or a fan?”.

Previous Atltico 2 x 3 Athletico-PR: watch the goals of the game for the Brazilian
Next do you agree? Daronco misses Hulk and praises Brazilian refereeing 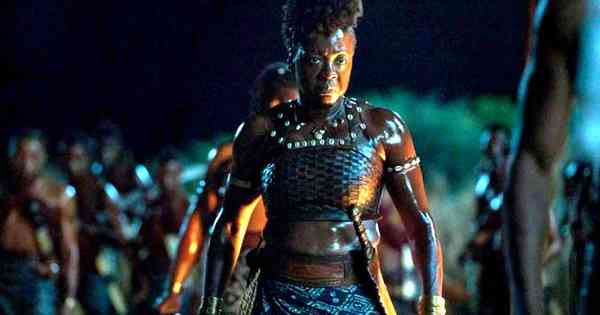 In the streaming war, platforms are preparing big releases for October with the intention of …