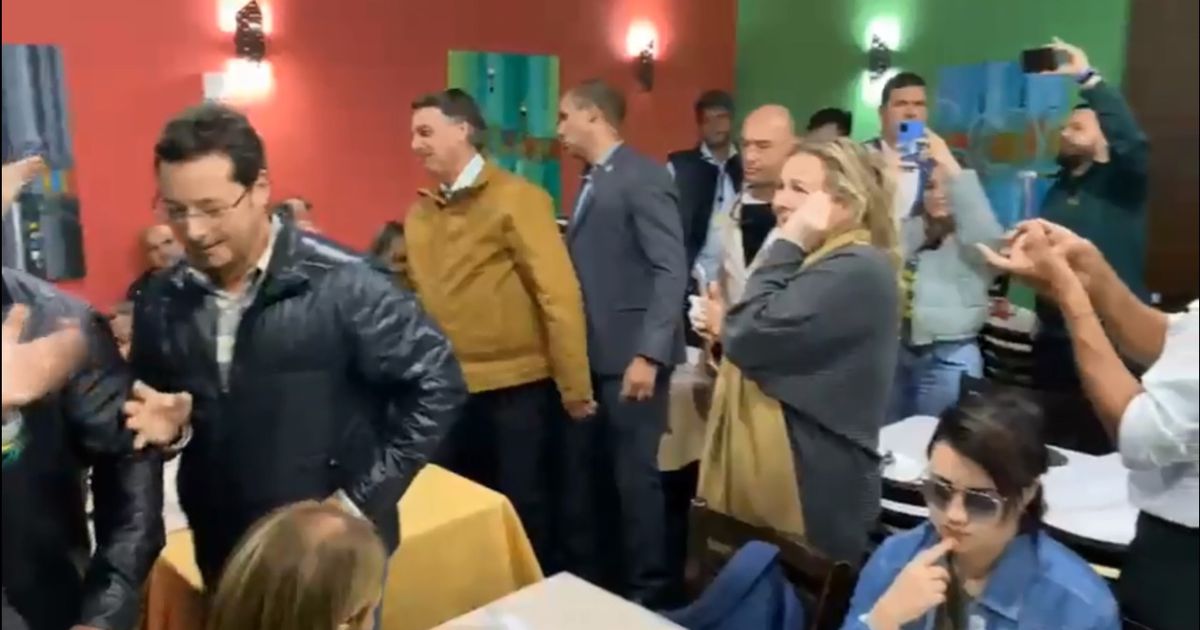 Bolsonaro leaves a steakhouse in SP to boos and applause; watch videos

Images released by supporters and opponents of the president were recorded from different points of the restaurant.

Videos published on social networks this Sunday, 7, show the president Jair Bolsonaro (PL) leaving a steakhouse under boos and curses. Other posts show him leaving the same steakhouse, but applauded by supporters who chant “myth”. The videos were taken from different points of the restaurant.

Bolsonaro was at this steakhouse in São Paulo accompanied by the businessman Luciano Hang and by the former Secretary of Communication of the federal government Fábio Wajngartenand received both boos and applause as he left the venue.

In a video posted by Fábio Wajngarten himself, several people applauding Bolsonaro, shouting “myth” and filming the president’s departure are evident. However, it is also possible to hear screams from “outside” in the background.

Watch the video with applause:

Another video, published by the federal deputy Ivan Valente (PSOL-SP), among other users, focuses on a group of restaurant customers booing Bolsonaro. The loudest screams are from “outside”, but it is also possible to hear applause and greetings.

Watch the video with the boos:

After leaving the steakhouse, Bolsonaro went to Allianz Parque to watch the game between Palmeiras and Goiás. Earlier, he participated in evangelical worship at Lagoinha Church, in Belo Horizonte.