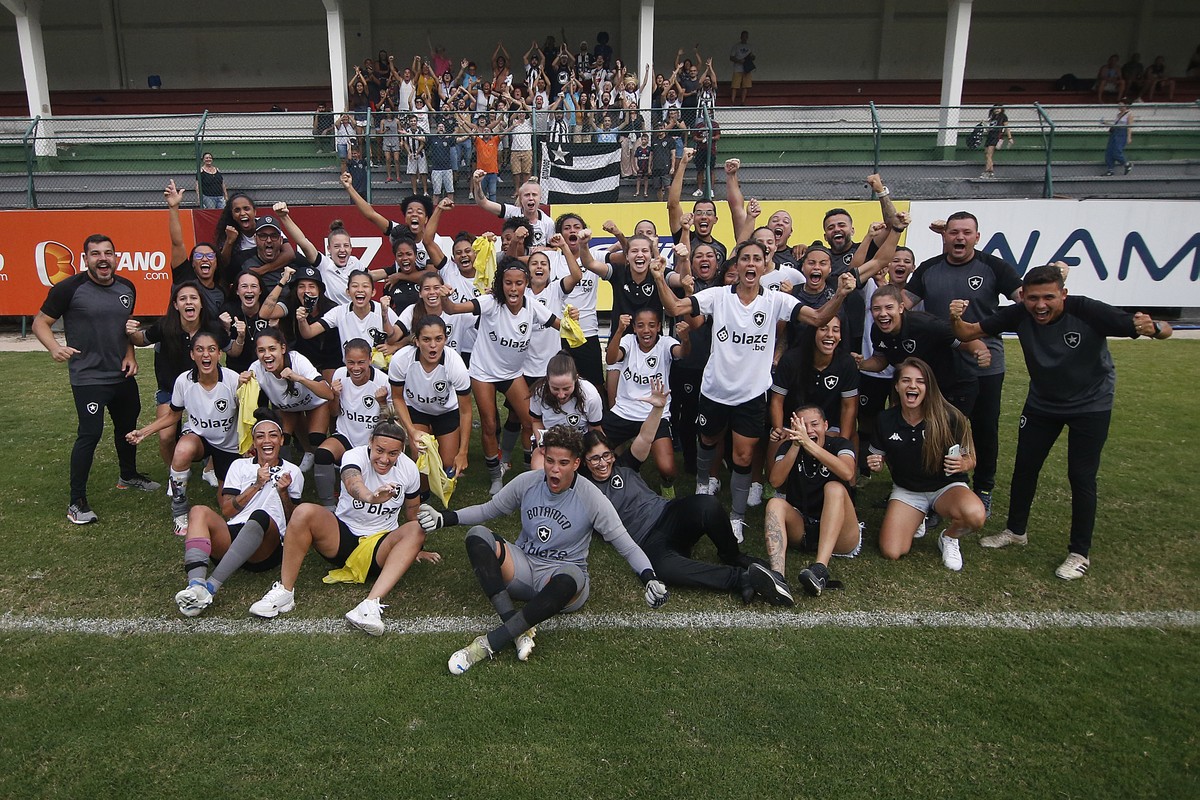 To return to the elite, the women’s team of Botafogo starts this Sunday the confrontation with Athletico-PR for the quarterfinals of the Brasileirão A2. The game will be at 3 pm, at Nilton Santos, with free entry through the West Sector. Gates will open at 1:30 pm (Brasilia time).

Botafogo qualifies for the quarterfinals of the Women’s Brasileirão A2 — Photo: Vítor Silva/Botafogo

Kélen is one of those responsible for qualifying Botafogo to the quarterfinals of the competition. Against Fluminense, in Laranjeiras, in the penultimate round of the classification phase, the striker scored the second goal of the 2-0 victory, which guaranteed the classification with a round to spare.

Glorioso’s top scorer analyzed the duel against Athletico-PR and spoke about the importance of the presence of the fans at Nilton Santos Stadium.

– We know it will be a difficult game, against a strong opponent with good qualities. But we are focused on preparation and we will do our best on the pitch. In addition, we usually say that the crowd is our 12th player, and support during the championship has been essential in achieving good results.

– It is a factor that drives us – concluded Kélen.

Kélen celebrates a goal that secured Botafogo in the quarterfinals of the Brasileirão A2 — Photo: Vítor Silva/Botafogo

Coach Glaúcio Carvalho evaluated the first phase of Botafogo and said he was confident for the duel with Athletico.

– We are sure that we are in a great moment, due to the difficulties we have been through and the complicated games we have played. So, the expectation is for a great game, a great moment that we are experiencing, we are confident. We know how difficult it is to face an opponent like Athletico-PR, but the moment today is perhaps our best moment within the Brasileirão – said the alvinegro coach.

Botafogo campaign in the Women’s Brasileirão A2

In the first phase, Botafogo disputed a place in the quarterfinals with Bahia, Fluminense and Vasco, in turn and return. In six games, the Gloriosas won three, drew two and were defeated only once, having qualified in second place in Group B, behind Bahia. The carioca club scored seven goals and conceded four.

Athletico-PR campaign in the Women’s Brasileirão A2

Athletico-PR, this Sunday’s opponent, ended the first phase in the lead of Group A, with 13 points added. Of the six matches played, Hurricane won in four and lost only once, to Minas Brasília.

The return game will be held next Saturday, at 3 pm, at the Alfredo Gottardi Administrative and Technical Center (CAT-Caju), in Curitiba, Paraná. Athletico has the advantage of deciding the match at home because they had a superior campaign. If there is a tie at the end of the match, the decision will be on penalty kicks.

The four semi-finalist clubs of the Brasileirão A2 will guarantee a spot in the elite in 2023.