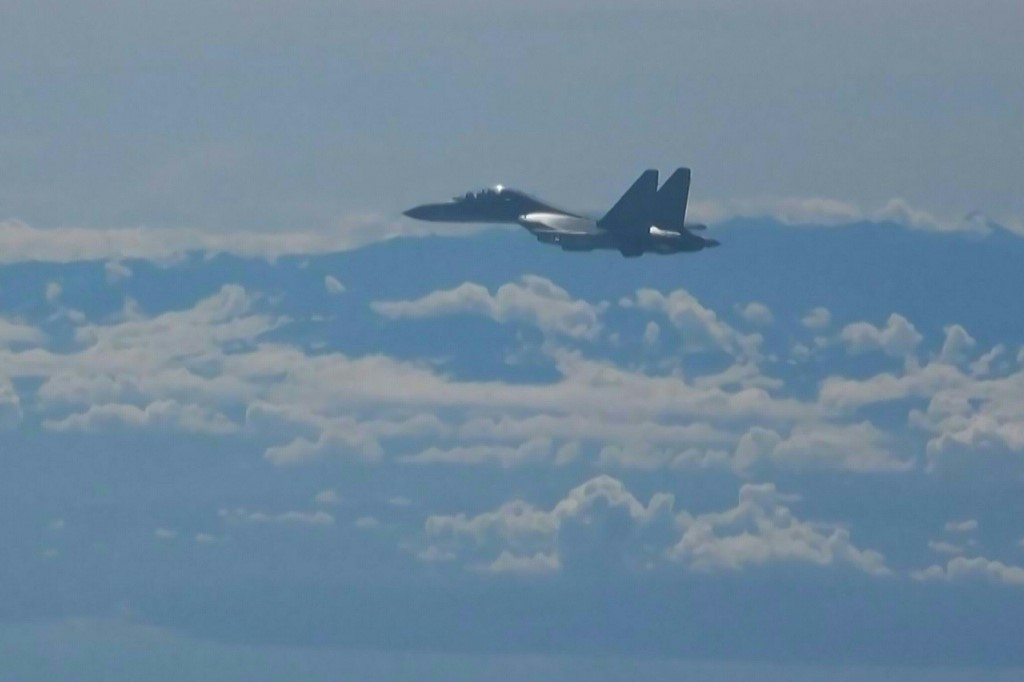 The island’s army was on alert during the Chinese maneuvers and plans to start its own exercises from this Tuesday.

THE China continued this Monday, the 8th, with military exercises around Taiwandefying the appeals of the West and the Japan for the country to complete the biggest military maneuvers in its history in the vicinity of the island that it considers part of its territory. “China’s People’s Liberation Army (PLA) continued to carry out joint practical exercises and training in the sea and airspace around the island of Taiwan, focused on organizing joint submarine and maritime attack operations,” the Chinese army’s Eastern Command said in a statement. an announcement. The text does not inform the areas of the maneuvers or if they were carried out with live ammunition. The exercises were supposed to end, in principle, on Sunday, according to preliminary information from the Chinese Maritime Security Administration. On Sunday, however, neither China nor Taiwan confirmed the conclusion. The Taiwanese Ministry of Transport mentioned only a partial reduction. US Secretary of State Antony Blinken on Saturday denounced the “total disproportion” of the Chinese reaction and issued a joint statement with his counterparts in Japan and Australia calling for an end to the exercises.

China began live-arm maneuvers in six large areas around Taiwan on Thursday, a day after US House Speaker Nancy Pelosi visited the island. In response to the trip by Pelosi, second in line to the US presidential succession, China suspended cooperation with the US on several crucial issues, including the fight against climate change and defense issues. It also deployed fighter jets, warships and ballistic missiles around Taiwan in what analysts saw as a simulated blockade and invasion of the island. The maneuvers made it possible to test “warfare tactics of information-based systems and improve and improve the capabilities of destroying strategic island targets with precision strikes,” said Chinese Air Force official Zhang Zhi, quoted by state news agency Xinhua. At the same time, China announced new maneuvers in the Yellow Sea, located between the mainland and the Korean peninsula, until August 15.

“Simulate attacks on the island”

On Sunday, China held “joint practical exercises at sea and in air space around the island of Taiwan as planned,” the army said. The exercises were intended to “test joint ground firepower and long-range air strike capabilities,” he added. China considers that Taiwan, an island of 23 million inhabitants, is a province that has not yet managed to reunite with the rest of its territory after the end of the Chinese civil war (1949). Taiwan’s defense ministry confirmed that China had sent “planes, ships and drones” around the Taiwan Strait, “simulating attacks on the main island of Taiwan”. The folder detected 66 planes and 14 ships in the strait that separates mainland China from the island, including 22 that crossed the midline dividing the maritime space. China does not recognize this line, which was drawn unilaterally by the United States during the Cold War. A Chinese drone flew over the island of Kinmen, 10 kilometers from the Chinese city of Xiamen, forcing the Taiwanese army to launch flares, according to local authorities.

To demonstrate how it approached Taiwan’s shores, the Chinese army released a video of the island’s coast and mountains filmed by a pilot. It also released a photograph it claims was taken of one of its military ships patrolling near Taiwan, which shows the island’s coastline in the distance. Taiwanese Prime Minister Su Tseng-chang said on Sunday that “China’s brutal use of military force disturbs peace and stability”. The island’s army remained on alert during the Chinese maneuvers and plans to start the exercises themselves from Tuesday. The maneuvers reveal that the Chinese army is increasingly capable of carrying out a tough blockade of Taiwan, as well as obstructing the arrival of American forces, according to analysts. “In some areas, its capabilities may even surpass the capabilities of the United States,” Grant Newsham, a researcher at the Japan Forum for Strategic Studies and a former US Navy officer, told AFP. “If a (future) battle is limited to the area surrounding Taiwan, the Chinese navy is a dangerous opponent. And if Americans and Japanese don’t intervene for some reason, it will be very difficult for Taiwan,” he added.