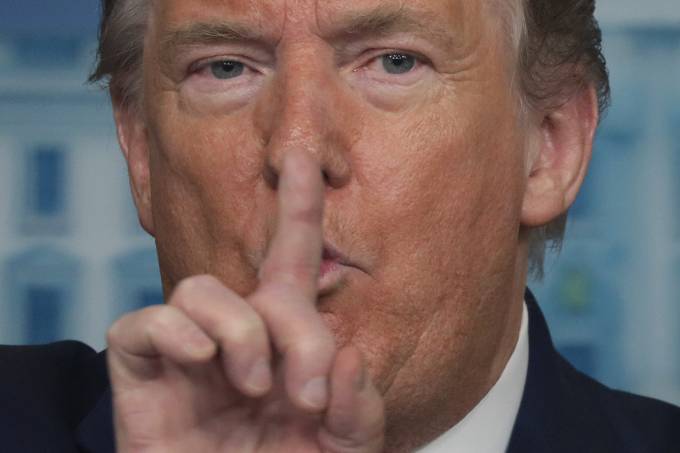 Donald Trump accused of flushing official documents down the toilet

Photos released by the Axios news portal this Monday, 8, reveal two alleged occasions when the former American president Donald Trump would have thrown official documents down a toilet.

In the images, the content of the manuscripts is not clear, but, according to the newspaper, they would have been written in Trump’s handwriting in black marker.

The photographs were reportedly provided by a White House source to Maggie Haberman, a reporter for The New York Times who will release a book this year about the tycoon’s government.

According to Haberman, officials at the US official residence often reported finding wads of paper clogging the toilet and believed that the former head of state was responsible for the practice.

+ Third way in the US? Voters want neither Trump nor Biden in 2024

In a post on her Twitter profile, the reporter said that one of the photos is of a White House bathroom and the other was taken during the former president’s trip abroad.

The journalist claimed that Trump, already known for his habit of tearing up drafts and memos after reading them, flouted the presidential records law, which states that documents generated and sent to the White House must be preserved.

The former president denied the allegations, his spokesman said that the Axios report on the alleged practice of “file burning” was fabricated.

Trump chose not to act, concludes investigation into Capitol invasion

In February, Trump had already been targeted by a House of Representatives committee that investigates whether he would have violated the Presidential Records Act after boxes of White House documents were discovered at his Florida residence and reports emerged that he destroyed records while in office. The Justice Department is investigating the case.

According to the US National Archives and Records Administration, an independent agency linked to the government, Trump would have taken at least fifteen boxes of documents from the White House after leaving the presidency.

While the records are central to any presidency, in Trump’s case they are even more important as they are at the center of an investigation by another House committee looking into the January 6, 2021, capitol raid that was intended to stop the invasion. President Joe Biden’s certification of victory and left five dead.

Previous Revenue Auction has iPhone from R$ 500, Xiaomi cell phones and more
Next Fictional characters who are fashion icons