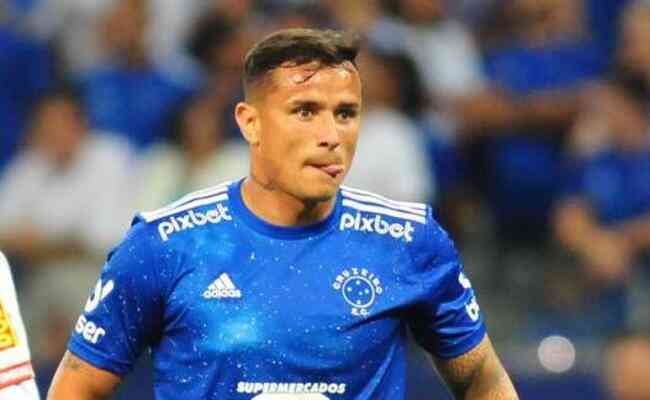 Edu is uncomfortable with goals fast at Cruzeiro, but says: ‘Part of the process’

The absence of 11 games without scoring a goal bothers the center forward Edu, Cruzeiro’s top scorer in the year. Asked about the topic, the 29-year-old regretted the bad moment, but preached “tranquility” to shine individually again.

Edu’s last goal was on June 16, when Cruzeiro defeated Ponte Preta 2-0, in Mineiro, in the 13th round of Serie B. In the year, there are 16 goals and three assists in 35 appearances.

Edu’s statement was on the way out of the Mineiro field after Cruzeiro’s 2-0 victory over Tombense, this Saturday (6/8), for the 22nd round of Serie B. The striker started the match on the bench and was called by the coach Paulo Pezzolano throughout the second half.

“This (goal fast) is part of the process, of the life of a striker. I knew that one day I would face this, but I knew that I would have a lot of tranquility and wisdom to reverse this situation. I know how difficult it is for a striker going without scoring, but I have a clear head”, he pointed out, before citing the good collective moment of the team, despite the bad phase individually.

“We are leaders of the championship, come from a very strong sequence and have everything to conquer the objective. Just keep on this beat, working hard, with a lot of humility, having as main virtue the collective work, which is what brought us here. If we lose this essence, we will run away from the track. So, we will continue on this beat to achieve our ultimate goal”, he concluded.

Edu should have another opportunity to break his fast this Tuesday (8/9), when he visits Londrina, at Estdio do Café. The ball rolls at 21:00, for the 23rd round of Serie B.

Previous Does Elon Musk’s Dad Have an Emerald Mine? understand the story
Next WhatsApp tests security feature that requires user approval on new login