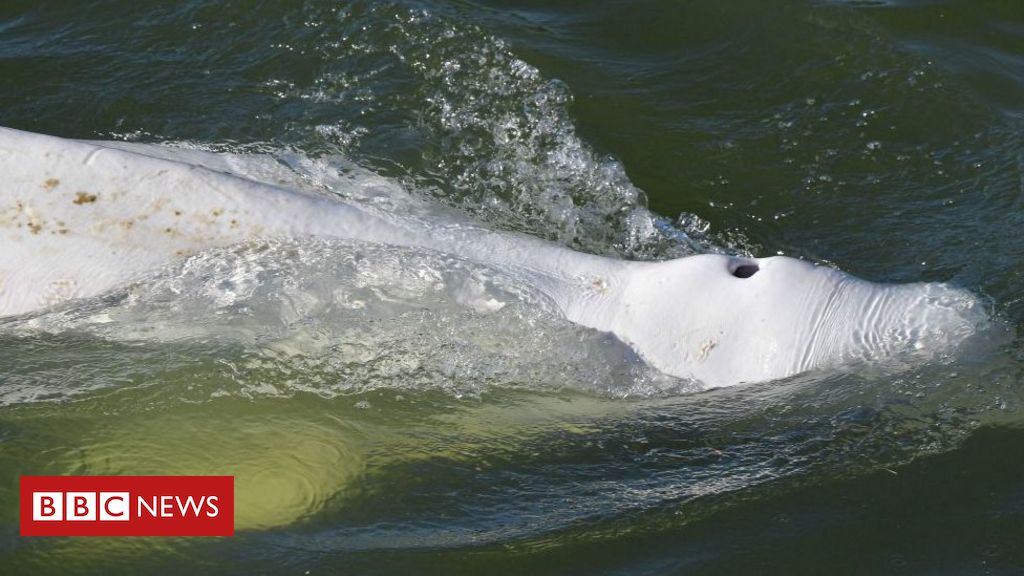 French authorities desperately trying to rescue a beluga whale trapped in the River Seine have come up with a new strategy – a vitamin cocktail.

According to the AFP agency, rescuers hope that the vitamins will help the lost whale regain its appetite and the energy it needs to return to the sea.

The visibly malnourished mammal was first spotted in the river on Tuesday (2/8), about 70km north of Paris.

After unsuccessful attempts to encourage it to swim, the animal remains trapped and scientists worry about its health.

So far, rescuers have offered frozen herring and live trout for the four-meter whale to eat, but a local official in Eure, Isabelle Dorliat-Pouzet, said the animal did not accept either.

“She is quite exhausted and seems to be having trouble eating,” she told AFP.

Authorities hope that injecting the stranded animal with vitamins will stimulate its appetite and help it make the long 100-mile (100 km) return trip back down the river, back to the English Channel – from where it can swim back to its Arctic habitat. .

Another option to consider is to completely remove the whale from the river, but that would require the mammal to have enough strength to survive an even riskier journey.

Officials said on Saturday that small spots had appeared on the whale’s skin, but it was not yet clear whether this was a reaction to the fresh water of the River Seine – as opposed to its natural saltwater habitat – or a sign of the animal’s deteriorating health.

Scientific observers said the whale was behaving skittishly, surfacing only briefly and emitting less of the songs expected of a whale – raising further concerns about its well-being.

Experts are intrigued by how the whale managed to stray so far from its natural habitat – the frigid waters of the Arctic and subarctic.

Belugas occasionally venture south in the fall to feed, but it is rare for them to travel this far from their region. But similar stories are not unknown.

In May, a killer whale was found dead after swimming in the River Seine in Normandy. A plan to guide the four-meter male orca back to the sea using sound stimuli failed, and experts later concluded that she was seriously ill.

In 2019, a dead whale was found in the River Thames near Gravesend, UK officials said. This came just weeks after a humpback whale seen swimming in the same stretch of water died. It is believed that she entered the Thames because of a navigational error, possibly during high tides.

Previous Confirmed! Neto leaves Barcelona and signs with Premier League club
Next 9 haircuts for round face