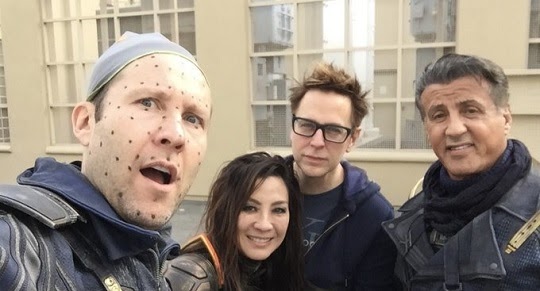 Guardians of the Galaxy Vol. 3 wrapped filming in May and weeks ago featured a first look at the long-awaited third film during San Diego Comic-Con. While the trailer has yet to be released online, many people in attendance shared details of the footage, and a surprise actor was quick to show off his return to the franchise on Twitter. 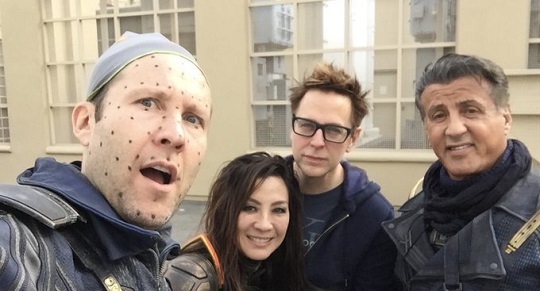 Smallville’s Lex Luthor, Michael Rosenbaum, appeared in Guardians of the Galaxy Vol. 2 as Martinex, being the first officer of the Stakar Ravager Clan. And now Rosenbaum has taken to Twitter to confirm his return in Vol. 3:

“Did anyone notice that a certain crystal Ravager appeared for a second in the new Guardians trailer?” Rosenbaum tweeted. It’s not a huge surprise that Rosenbaum will return, considering it was previously announced that Slyvester Stallone would also appear in the film as Stakar Ogord. Perhaps more characters who have appeared before and who were a part of the comics like the original Guardians of the Galaxy lineup will appear as well.

With direction and script by James Gunn, Guardians of the Galaxy vol.3 will have back the names of Chris Pratt as Peter Quill, Zoe Saldana as Gamora, Karen Gillan as Nebula, Dave Bautista as Drax, Pom Klementieff as Mantis, Sean Gunn as Kraglin and also Rocket’s stand in, Bradley Cooper as the voice of Rocket Racoon and Vin Diesel as Groot. Also returning is Sylvester Stallone as Star Eagle, Michael Rosenbaum as Martinex and Elizabeth Debicki as Ayesha. The new names joining are Will Poulter as Adam Warlock, Chukwudi Iwuji as High Evolutionary, Maria Bakalova in the voice of Cosmo, Nico Santos and Daniela Melchior in undisclosed roles.

Previous 8-year-old boy dies after being hit by a car while crossing the track in a rally
Next “It’s time to be ashamed of yourself”, says Hulk after Atlético-MG’s setback – 07/08/2022