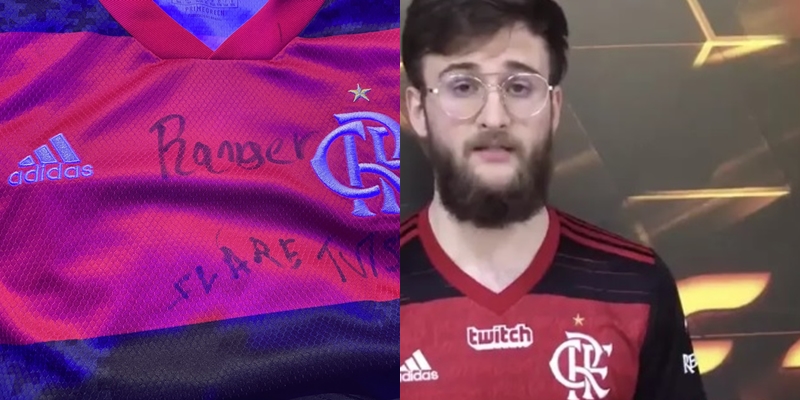 Player leaves Flamengo and attacks the club: ’87 is from Sport’

The time has come. Last week, Flamengo ended its activities at CBLOL and frustrated fans who follow the eSPORTS modality. In short, the vacancy left by Rubro-Negro will be given to Los Grandes and one of the team leaders Filipe “Ranger” celebrated the end of the partnership mocking Mais Querido.

“Our story ends here. Unfortunately, it wasn’t the fairy tale I personally wanted, but learning from this split will last a lifetime. Next year LOS comes with everything for this CBLOL. And 87 is from Sport”, published the “Hunter” on his Twitter account.

Understand the controversy between Flamengo, Sport and 1987

To this day, the controversy involving Flamengo and Sport over the 1987 Brazilian title remains. As the CBF stated that it did not have the financial means to promote the tournament, Flamengo, Fluminense, Vasco, Botafogo, Corinthians, Palmeiras, São Paulo, Santos, Grêmio, Internacional, Atlético Mineiro, Cruzeiro and Bahia founded the Clube dos Treze.

The project was that the tournament would be organized by these teams, and that the great national champion would come out of these 13 clubs. Watching from afar, the CBF mobilized and announced that it would host the championship with 40 institutions. So, the entity created the regulation, which foresaw the crossing of champion and runner-up of the Green Module (Union Cup – from Clube dos 13) with champion and runner-up of the Yellow Module (supposed second division – created by CBF).

Flamengo was the champion of the Copa União on December 13, by beating Internacional at Maracanã, and after the final whistle, the president of Flamengo, Márcio Braga, one of the leaders of the creation of Clube dos Treze, reaffirmed that there would be no crossing. .

In the other decision, Sport and Guarani tied on penalties at 11 to 11. With the two presidents deciding to share the titles, they were proclaimed champions of the Yellow Module by the CBF. In January 88, the Brazilian Football Confederation made the regulation, marking the quadrangular between Inter, Flamengo, Sport and Guarani. However, Cariocas and Gauchos did not enter the field, and Pernambuco and São Paulo won by WO

Previous 9 haircuts for round face
Next Holy See, Archie’s death: when a court decides on life, humanity is defeated