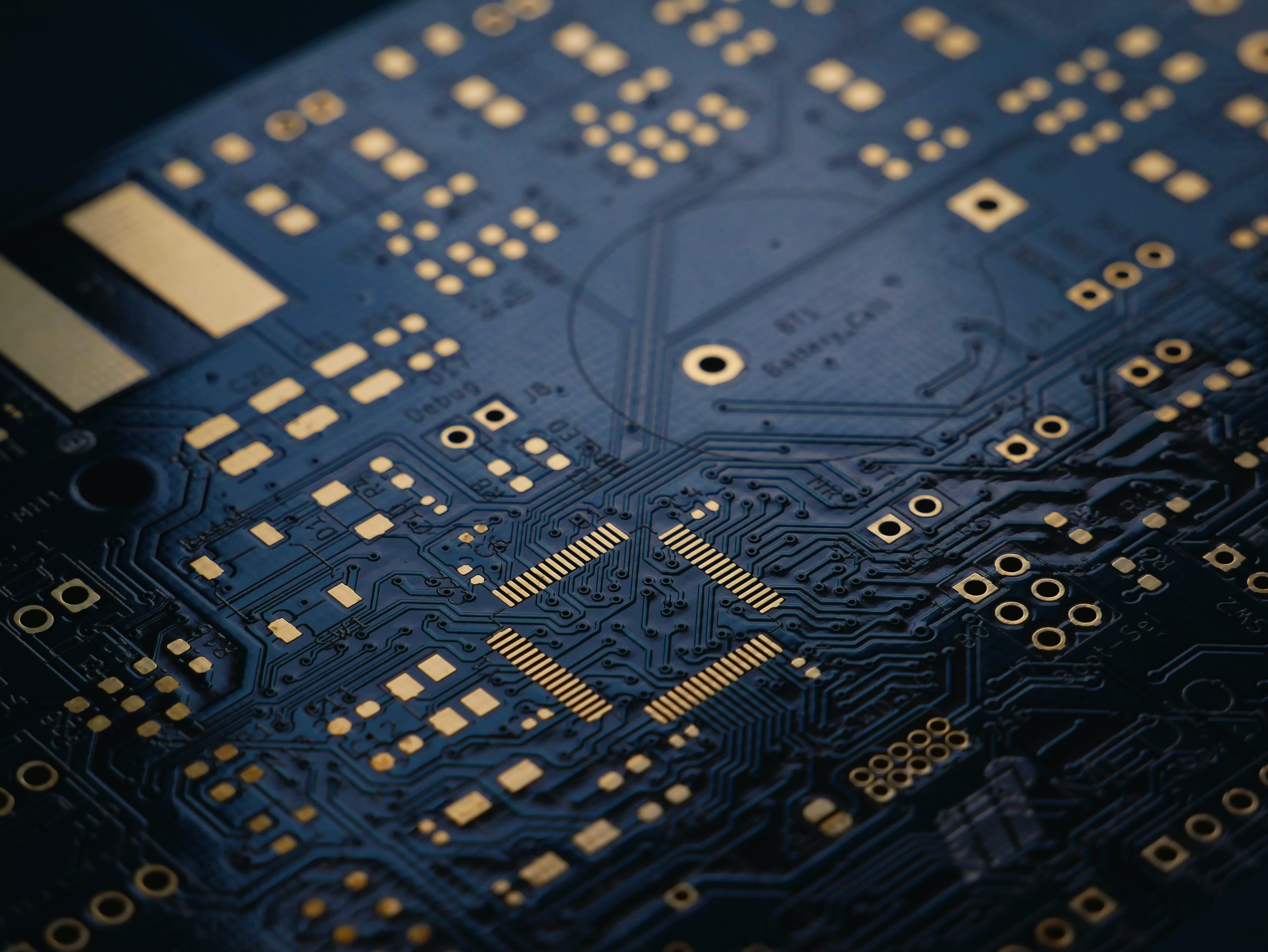 Taiwan is center of technology dispute between China and US

the visit of US House of Representatives Speaker Nancy Pelosi to Taiwan on Tuesday reignited the US-China trade war. This is because the territory, which wants greater autonomy in relation to the Chinese, is also strategic for the technological development of the two powers.

The island has 23 million inhabitants and leads the global semiconductor market. About 54% of chips produced in the 1st half of 2022 were made by the Taiwanese company TSMC (Taiwan Semiconductor Manufacturing Company). The dispute for this market is important for China and the USA and it became even more tense after the congresswoman’s trip.

Beijing recognizes the island as part of its territory and has said it is against Pelosi trip. The day after the US representative landed, the Chinese government imposed sanctions on Taiwan and stopped importing agricultural, fish and citrus products, but did not place any restrictions on the entry of chips.

In addition, the country has decided to stop exporting natural sand to Taiwan. The government has said that, if necessary, further measures will be adopted, but so far has not announced what those measures would be.

O Power 360 spoke with 2 experts from the semiconductor market:

Kretly explained that there are 2 types of companies on the market: fabless or design house and foundries or factories.

At fabless or design house are companies that design specific circuits for semiconductors. Already the foundries or factories produce the technologies that are in these projects.

The biggest manufacturer of chips (foundry) It’s TSMC. In this way, the sectors of the economy that need semiconductors to produce depend on Taiwan.

Kretly explained that the chips are made from silicon extracted from sand. The raw material goes through a purification process that results in sheets that look similar to glass, but are not transparent.

These blades are called wafer and go through a long chain of processes in which the structure of chips is built according to the design defined by the fabless.

The professor of Electrical Engineering explained that semiconductors are present in people’s daily lives. “It is difficult today to think of any type of application, even military, that is not dependent on semiconductors”said Kretly.

For example, the GPS present in agricultural machines work through semiconductors. Cars also need technology to be produced, as do electronics, appliances and smartphones.

“All the control and all the security of an airplane is based on chips”exemplified the teacher.

The 2021 SIA report (Semiconductor Industry Association) on the market showed that, in 2020, the computer industry bought US$ 142 billion in semiconductors. Smartphone companies spent $137.6 billion on acquiring the chips. The automotive sector, on the other hand, consumed US$ 50.1 billion with the technology. Here is the full text (4MB – in English).

The projection for 2022 is that the semiconductor market will move around US$ 613 billion.

According to Kretly, the market is going through a technological revolution of “miniaturization” of semiconductors: the objective is to reduce energy costs to produce them and increase the processing speed of the semiconductors. chips.

There are several sizes of semiconductors. The 3 nanometers are the smallest and most technologically complex available today. Only 3 companies have the technology to produce them: TSMC, Intel and Samsung.

TSCM has announced that it will begin mass-producing chips of 2 nanometers from 2025. The technology has a greater power than those available on the market.

According to Helton Ouriques, China has set up a strategy to reduce dependence on TSMC. However, the country is “two generations late” in technology compared to Taiwan.

The United States also has a project to expand its semiconductor production. On July 28, the US Congress passed the “CHIPS Act” which provides a subsidy of US$ 52 billion to encourage manufacturers of chips to build factories in the country. The proposal was sent to US President Joe Biden to be signed off on.

“In the US, there aren’t many foundries that produce chips for other companies. This is mainly done in Taiwan, in Japan, in South Korea.”, said Kretly. The Electrical Engineering professor stated that Intel is the 3rd largest producer in the world, but manufactures the components for its own production.

THE STRUGGLE FOR TAIWAN

China and the United States have a long history of “trade war”explained to Power 360 the professor of International Relations at UFU (Uberlândia Federal University) Filipe Almeida.

However, the dispute is not restricted to the market. It is also a competition for influence, weapons, war power and greater space in the international system.

China and Taiwan have a complex relationship. The island has been independently governed since 1949, but Beijing considers it part of its territory and a breakaway province. Since 1971 the territory has been recognized by the UN General Assembly as part of China.

Officially, the United States has also recognized China’s sovereignty over Taiwan since 1972. Then-President Richard Nixon resumed diplomatic relations with the Chinese after 23 years of the Chinese Revolution that brought the Communist Party to power.

Nancy Pelosi’s visit was the first by a member of the US Congress in 25 years.

“China considers Taiwan as part of its territory and has a ‘zero tolerance’ policy with this type of internal articulation. The question [da Ilha] is not up for discussion for the Chinese”, he explains.

Biden stated that the US agrees “with the one-China policy”, but that the idea that Taiwan can be “taken by force, it is not appropriate”.

Ouriques also assessed that developing the Taiwanese economy is part of the North American strategy due to the production of chips.

For the professor of Electrical Engineering, Taiwan has become “an arena of technological dispute”. Ouriques also believes that semiconductor production involves “geopolitical and economic issues”.

“These are technologies applicable in the civil and military environments. If you control the chips, you are able to develop more and more advanced products for the war industry. This, from the US point of view, is absolutely strategic. control the production of [semicondutores] is to be at the forefront of the arms industry. It is in the US interest to bar China’s access”, said the professor of Economic Sciences.

Filipe Almeida said that China’s reaction is something that is under control. Biden and Chinese President Xi Jinping spoke by phone ahead of Pelosi’s visit.

According to the professor, it is possible that there was a negotiation regarding the military exercises. John Kirby, a spokesman for the Pentagon, went so far as to say that the Chinese government’s reaction was “as expected”.

He also highlighted that the visit was an isolated move that did not have the approval of the White House. “It is important to make this very clear: Pelosi, not China, precipitated the crisis in this case.”, he stated.

The annexation of Taiwan is a possibility for the professor: “The visit by Nancy Pelosi may perhaps precipitate some more definitive action to settle once and for all the issue of [ilha]”, said.

Almeida also said that a scenario in which Taiwan is annexed would result in sanctions against China.

However, from an economic point of view, these would have a reverse effect due to the importance of China in the North American market and in the rest of the world.

“There would not be many effective instruments that could reverse China’s decision in this hypothetical scenario. But we don’t know if this is on the Chinese agenda. Maybe he will come in now after Pelosi’s visit”he explained.

This report was produced by Journalism interns Júlia Mano and Luísa Guimarães under the supervision of assistant editor Lorenzo Santiago.

7.Aug.2022 (8:30 am) – Unlike what was written in this post, Nancy Pelosi is not part of the “high-ranking government”. He is president of the Chamber of Deputies, therefore, of the Legislature. The text has been corrected and updated.