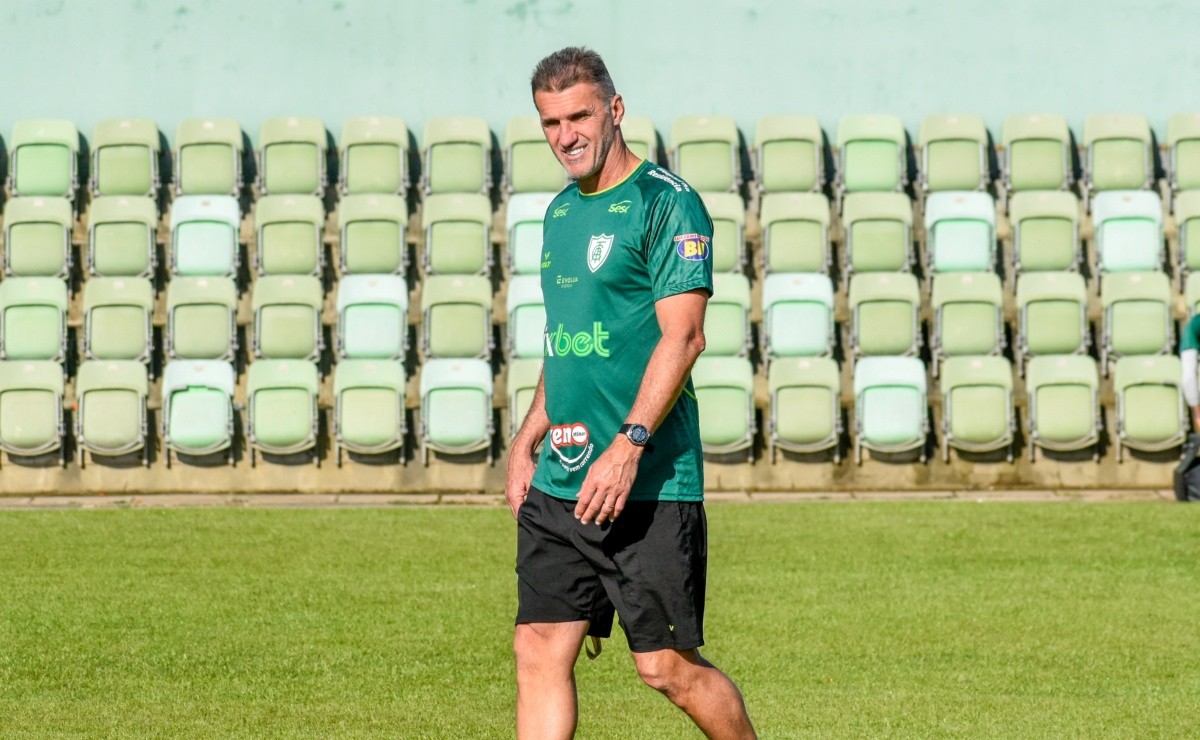 That it! América-MG surprises the market by approaching the signing of a Uruguayan striker

América-MG needs reinforcements and went to get Uruguayan striker

With just a few days to go before the transfer window in Brazilian football closes, several names are being speculated in Brazil, among them the Uruguayan striker Edinson Cavani. The player almost made a deal with Boca Juniors, but at the last minute canceled the deal.

If Cavani doesn’t decide his future, a compatriot is about to come to Brazil. This is Gonzalo Mastriani, from Barcelona de Guayaquil, from Ecuador.

According to GE, the Uruguayan striker is close to being a reinforcement for América-MG. The negotiation is close to the positive outcome. Mastriani will arrive in Belo Horizonte on loan, with an option to buy.

Even before setting foot in the capital of Minas Gerais, Mastriani was praised by coach Vagner Mancini.

“He’s an athlete that interests us. If it works, I have no doubt that he’ll help us a lot over a long period of time. He’s an athlete that has been properly studied, he’s not just coming for one thing or another. It’s no use you go to the market to look for a player just to make a number on the squad. You have to look for the right pieces and we are doing that”, said Mancini.

The American coach also highlighted the main characteristics of the Uruguayan striker. “He is a finisher, he has an aerial game, a guy who leaves the area well, a left-hander who knows how to score goals”, he concluded.

Previous Isle of the Dead will bring “a lot of action and conflict”, says producer
Next Americanas project wants to train 5,000 women in technology