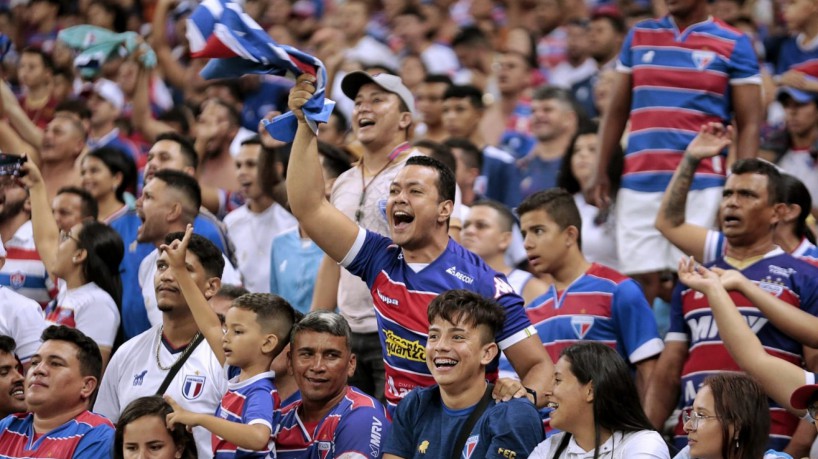 Tricolor registers its largest audience at the 2022 Brasileirão

The duel between Fortaleza and Internacional registered the biggest attendance of the Tricolor do Pici in the Brasileirão 2022. As announced by the club, 39,253 people attended the Castelão Arena to follow the 3-0 victory of Leão do Pici over Internacional.

The club’s previous attendance record in the championship had been in the match against Fluminense, in the 7th round, which registered 37,507 people at Arena Castelão.

For the duel against Colorado, Tricolor held a promotion aimed at the female audience, who paid half admission to any sector of the stadium. The club had also promoted a discount on the value of tickets, which were available from R$10.00.

Next game at Castelão

Fortaleza’s next game at Castelão will be against Ceará, on the 14th, at 16:00. The Lion, however, will play as a visitor in this match. Juan Pablo Vojvoda’s team returns to the stadium as home team only in the 23rd round, when they receive Corinthians, on August 21st.

Previous The 10 Highest Grossing Jim Sturgess Films According to Box Office Mojo
Next ‘Captain Marvel’ in ‘Hot Screen’: who is Brie Larson, actress who plays the heroine in theaters | pop