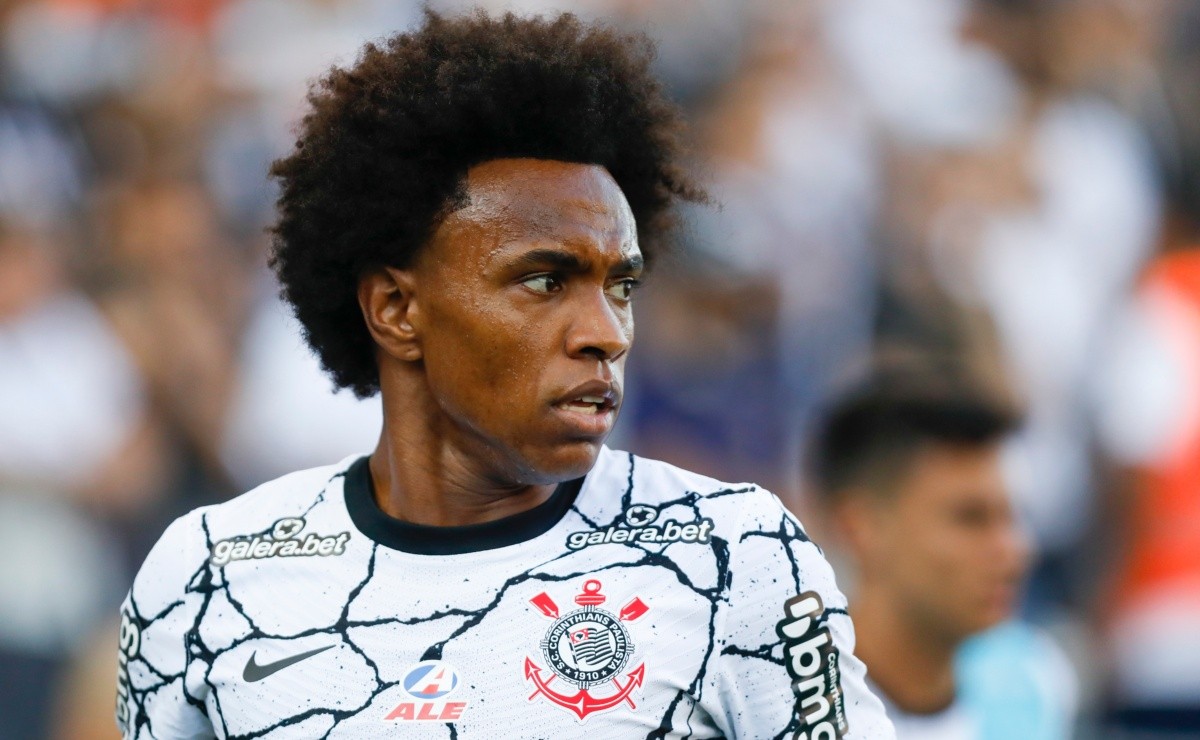 Two clubs dispute the signing of striker Willian, from Corinthians

Player may be leaving Timão

One of the most renowned players in Brazilian football, Willian can return to the Old Continent. The striker arrived at Corinthians last year and, despite having some good matches, he has also been criticized by the fans.

Now, the player’s name gains strength outside the club. It all started last week, when Vampeta, in Jovem Pan, said that the player has proposals from European football and would be considering a departure, already in this transfer window.

Willian is targeted by Fulham and Fenerbahçe

During the week, the portal GOAL found that the player is in talks with Fulham, a team that returned to the Premier League for this season. The source also adds that an exit in this transfer window is possible, as Willian also has, in his contract, a clause that facilitates a return to Europe.

However, the player is also a target for Fenerbahçe, as pointed out by the Turkish press. Willian’s name pleases coach Jorge Jesus, who had already asked for the player in his early days at Fenerbahçe.

In the Old Continent, the player has played for four clubs: Shakhtar Donetsk, Anzhi, Chelsea and Arsenal. At the blue club in London, he lived the peak of his career, having won the Premier League twice.

Previous Ashton Kutcher reveals that disorder left him unable to see, hear or walk: ‘Lucky to be alive’ – Monet
Next Shopee: Users Complain About Lack of Free Shipping in 8.8