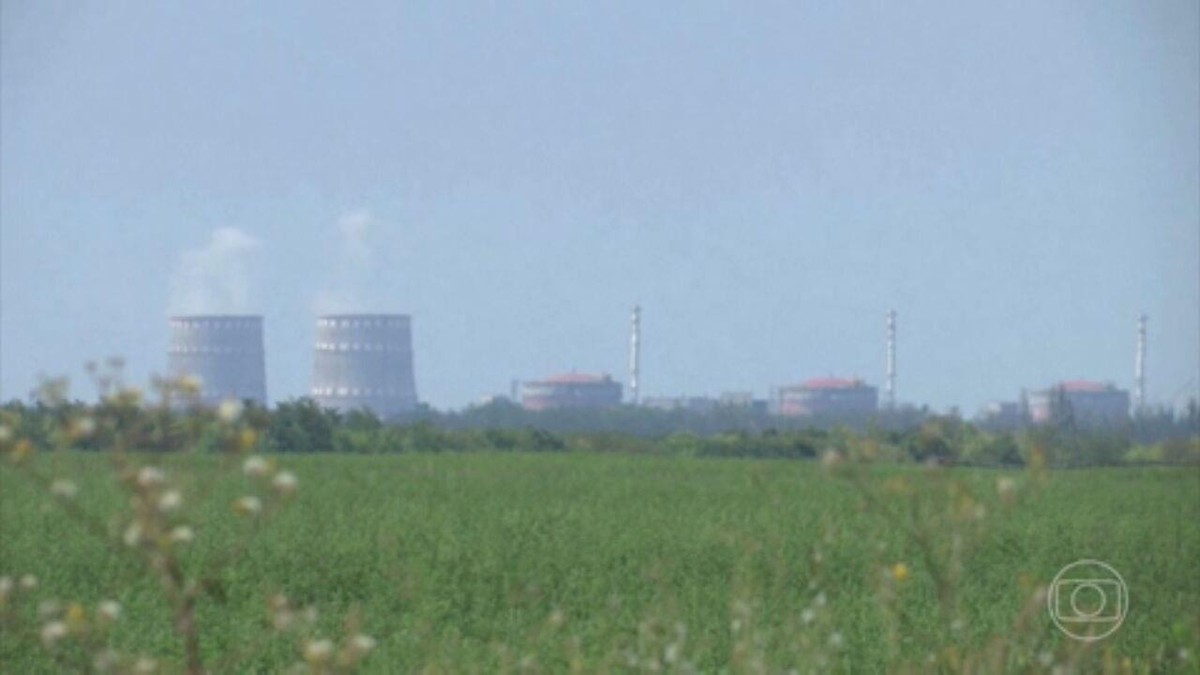 UN: There is ‘real risk’ of nuclear plant disaster in Ukraine | Ukraine and Russia

Moscow and Kiev again exchanged accusations on Sunday (07/08) for new bombings at the Zaporizhzhia nuclear power plant, the largest in Europe, currently under Russian control. The day before, the International Atomic Energy Agency (IAEA), linked to the UN, had already pointed to a “very real risk of nuclear disaster” at the facility, which is in southeastern Ukraine.

Ukrainian nuclear company Energoatom said Saturday night attacks by Russian military personnel damaged three radiation sensors at the plant, and that an employee was injured by shrapnel and taken to hospital. According to the company, the bombing hit the dry storage facility, which contains 174 containers with used nuclear fuel tubes.

“As a result [do ataque]rapid detection and reaction in case of deteriorating radiation status or leakage of radiation from containers (…) is not possible at the moment,” said Energoatom, which accused the Russian military of “acts of nuclear terrorism”.

Russia, for its part, claimed that the Ukrainian military had hit the facility using an Uragan 220mm multiple rocket launch system. “Administrative buildings and the area adjacent to the storage facility were damaged” and the projectiles fell “within a radius of 400 meters from a working reactor,” Russian officials who control the city of Enerhodar, where the plant is located, said, according to the agency. state-owned Russian news agency Interfax.

It was not possible to independently confirm the claims of the two warring sides.

On Wednesday, IAEA Director General Rafael Grossi said that the plant, which is still managed by Ukrainian technicians, was “extremely vulnerable” to a collapse and that all security measures had been “violated” by the forces. russians.

Grossi reported that Ukrainian officials under the command of the Russian occupiers were failing to adequately carry out their duties and facing threats of violence. He also stated that an inspection to verify technical security was urgently needed, but that access was impossible without the accompaniment of UN peacekeepers, which is why he is in contact with UN Secretary General António Guterres.

On Saturday, Grossi said in a statement: “I am extremely concerned by the bombing yesterday at Europe’s largest nuclear power plant, which highlights a very real risk of a nuclear disaster.”

The Zaporizhzhia plant has been the target of repeated bombings in recent days that have caused alarm in the international community and the IAEA. The plant has six reactors and is capable of generating 5,700 megawatts – at the moment, three reactors are in operation.

On Friday, an attack on the plant damaged a high-voltage line and a nitrogen plant and led to the shutdown of one of the reactors – the bombing was also the subject of an exchange of blame between Ukraine and Russia.

According to Energoatom, Friday’s attacks “caused a serious risk to the safe operation of the facility” and damaged a nitrogen plant and an auxiliary section of the nuclear plant. The site, according to the agency, “operates at risk of violating radiation and fire protection regulations”. “The risk of hydrogen leakage and the scattering of radiation particles remains, and the danger of a fire is quite high.” The Ukrainian operator calls for the Russian military to leave the facility and for it to be declared a demilitarized zone.

According to experts, if the plant loses power from the grid, there is a risk that the generators and backup batteries will not be enough to cool the reactors and radioactive fuel reservoirs. Added to these concerns are suspicions that Russian forces are using Zaporijia as a weapons depot and cover for launching attacks.

On March 4, at the beginning of the Russian occupation, there was a fire at the plant after a Russian bombing, which was brought under control two and a half hours later and caused panic over the possibility of a nuclear disaster.

Previous Eduardo Paes explains options and details about Flamengo stadium
Next With wheels on the feet: Brazilian goes around the world on skates – 08/08/2022