Device is placed ahead of NVIDIA Ampere

China created the most powerful GPU in the world, with 77 billion transistors. Called the Biren BR100, it was pointed out as more powerful and faster than the NVIDIA Ampere, with the right to a power that has an artificial intelligence (AI).

The launch went public this week, with a company in Shanghai, China, presenting the device. The creator of the project is known as Birentech, which ended up giving the name to the 77 million transient GPU. 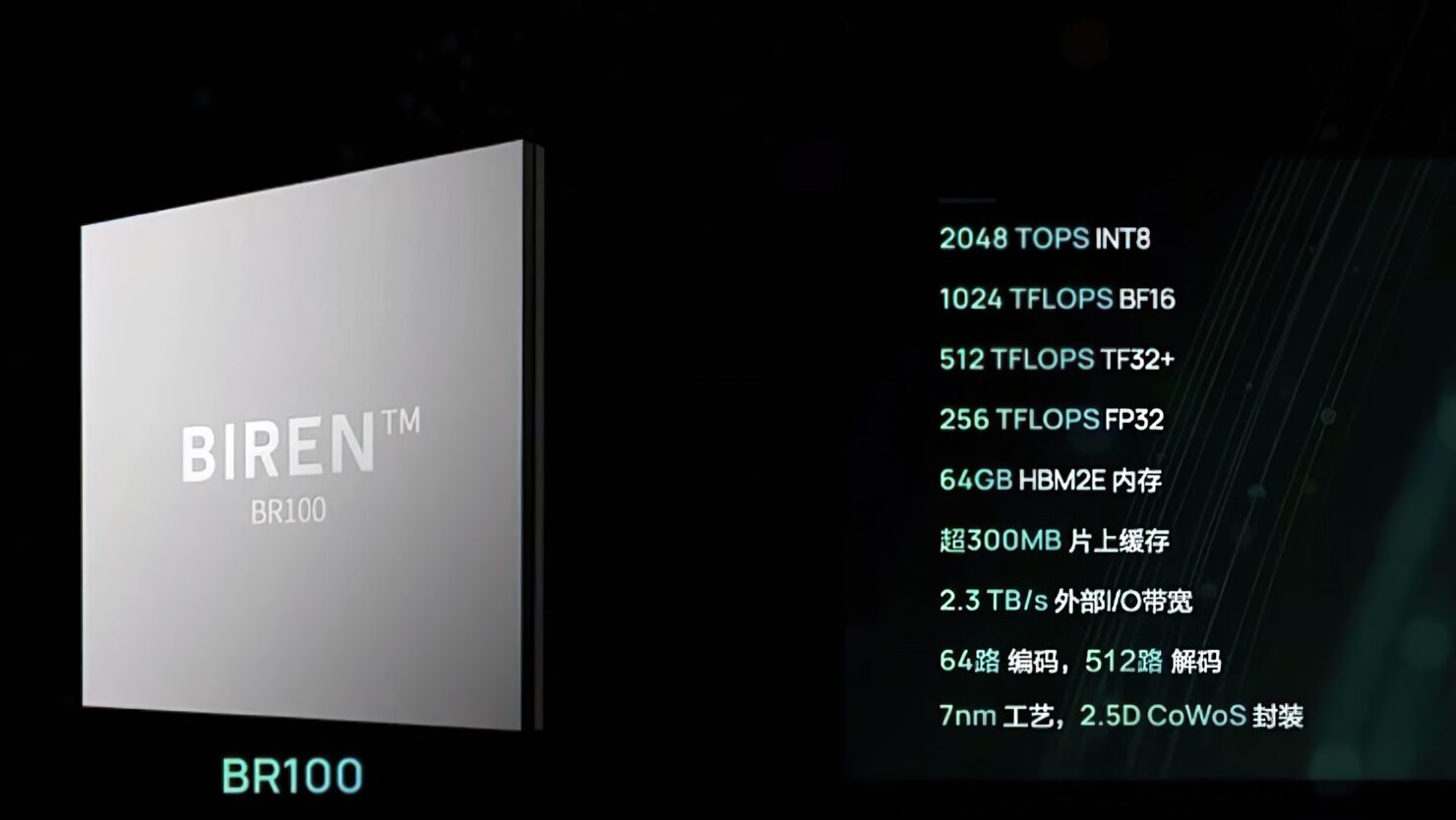 During the presentation of the product, which took place through a conference, Birentech revealed the performance metrics that the chip provided to manufacturers. In this way, it can guarantee up to 2048 TOPs (INT8), 1024 TFLOPs (BF16), 512 TFLOPs (TF32+), 256 TFLOPs (FP32).

However, the company did not make the presentation just to present the BR100. That’s because they also took the opportunity to reveal the Biren 104. It has half the performance metrics of the fastest GPU in the world. However, the complete specifications were not informed by the Chinese.

Superiority against NVIDIA Ampere A100

The numbers presented by Birentech place the Chinese GBU as more powerful than the NVIDIA Ampere A100. However, this superiority is pointed out only on paper. Tests carried out a few years ago placed NVIDIA’s device as the fastest in the world.

It is worth noting that the results obtained with the new Ampere A100 GPU do not consider the RTX. This is because the function was turned off while the tests were running. This means that, if the information is confirmed, this model should provide extra performance if RTX is active. Which would indicate that the final performance is even faster than shown.

The numbers presented by the company point out that Birentech’s GPU is not that far behind the NVIDIA H100. That’s because NVIDIA equipment has 80 million transients, with the BR100 having only 3 billion fewer transients.

NVIDIA’s new datacenter Hopper architecture, announced during the GPU Technology Conference (GTC) in March, is already on sale in Japan, although NVIDIA has yet to officially release the card. For 4,313,000 yen, over US$33,000, you can get an NVIDIA H100 80GB GPU.