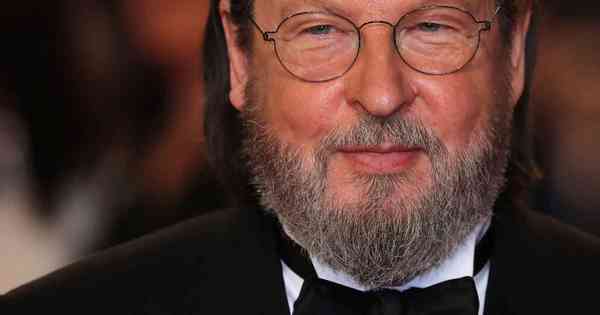 Danish filmmaker Lars von Trier, 66, suffers from Parkinson’s disease, his production company announced on Monday. “Lars is fit and has been treated for his symptoms,” the Zentropa company said in a statement.

The director is one of the creators of the Dogma manifesto, released in 1995, which proposes a cinema connected with reality, in contrast to commercial films and the Hollywood imaginary, rescuing the director’s role as an artist.

Inspired by the French movement of the Nouvelle Vague, Von Trier and companions, such as director Thomas Vinterberg, rejected special effects and multi-million-dollar blockbusters to offer authentic cinema, without gimmicks and with budgets.

Dogma 95 defends strict rules for films in line with its proposal, prioritizing the plot and the performance of the actors.

The manifesto stipulates that the film must be made in color, with the camera in hand. Filming must take place on location, not in studios. Special lighting and filters are prohibited. If there is low light, the scene is cut, for example.

“Melancholia”, “Nymphomanaca” and “The house that Jack built” are some works by the Danish filmmaker.

Watch the trailer for the movie “Melancholy”:

A heavyweight in the film industry, Von Trier is a controversial artist, known for films that provoke a lot of discussion because they include scenes of violence that are uncomfortable for the viewer.

“Melancholia” (2011), starring Kirsten Dunst, considered the director’s masterpiece, when approaching depression and the myth of happiness, through the existential crisis of a successful advertising in the midst of the end of the world, due to the imminent collision of a planet with Earth. Dunst won the best actress award at the Cannes Film Festival for this work.

Indicated for over 18 years old, the film brings raw scenes of Joe’s relationships with men, addressing female sexuality. The feature is part of the “depression trilogy” alongside “Melancholia” and “Antichrist” (2009), the latter about the couple who isolate themselves in a cabin in the woods after the death of their son.

Another prominent Von Trier film “Dogville” (2003). Nicole Kidman plays Grace, a young woman who arrives in a village on the run from gangsters. Initially protected by the residents of the small community, she gradually discovers the perversity and hypocrisy of those “kind” US citizens.

The filmmaker won the Palme d’Or at the Cannes Film Festival for his feature “Dancing in the Dark” (2000), starring singer-songwriter Bjork, about the drama of an immigrant who struggles to save his sick son, but ends up condemned to death.

This year, the director announced the release of “The kingdom exodus”, the third part of the series “The kingdom” that producer Zentropa hopes to complete according to the originally outlined schedule.

Lars von Trier is dedicated to the new episodes of the 1990s series about a Danish hospital considered haunted due to unexplained events that usually occur there.

The production premiered with four episodes, in 1994, and won four more in 1997. Later, it became a movie.

Von Trier is responsible for the script of the new chapters in partnership with Niels Vorsel, who has written the previous seasons of the attraction.

Previous The country where men demand a certificate of virginity from women
Next “It’s so obvious that…”; Milton Neves ‘cracks’ Flamengo vs Corinthians result in Libertadores