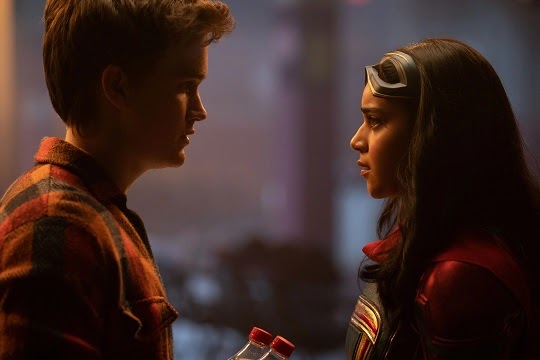 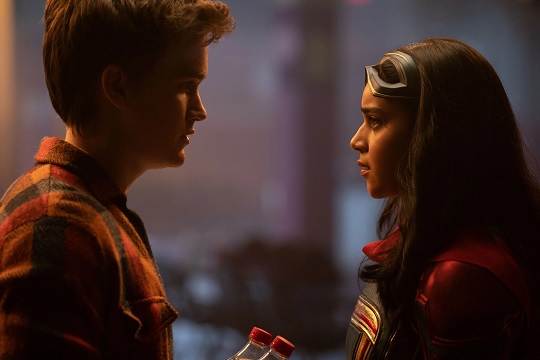 “It was going to be, but we liked it… It was really good and we needed to kind of keep people watching before the post-credits scene. So yeah, it was totally meant to be one.”

Vellani also hinted at details that could be explored in a potential second season for the show, such as the contents of Bruno’s note to Kamala, which was not seen or heard from in Season 1:

“That’s a great question. We had… So that last streetlight you saw. We had a version where it’s Kamala reading the note Bruno left for her and they wrote it as a fake note for me. But they didn’t show me what it was until I read it, so I got all emotional or something. But I think that’s something we’re going to explore in season two, if that happens. I hope it happens. I think all these characters have a lot of story to tell. But yeah, maybe it’s Bruno, you know, just pouring out his soul and then confessing his love for Kamala. Who knows?”

When asked about the show’s actual post-credits sequence, in which Kamala switches places with Carol Danvers, the actress added that viewers will have their answers in The Marvels:

“We filmed this in The Marvels, not during Ms. Marvel. So I know the story, because I was in the movie. But yes, they switched places. Where she went? We will find out in a year.”

And finally, in response to a question about how her character will react when she realizes what happened in regards to Kamala switching places with Carol, Iman Vellani tried to contain the spoilers once again:

“Oh God, so much fear and emotion at the same time where it ends up. That’s what I’ll say.”

Previous Boeing finally cleared to restart delivery of 787 jets
Next Palmeiras vs Atlético-MG: Galo takes the entire squad to São Paulo and increases the mystery in Libertadores | athletic-mg