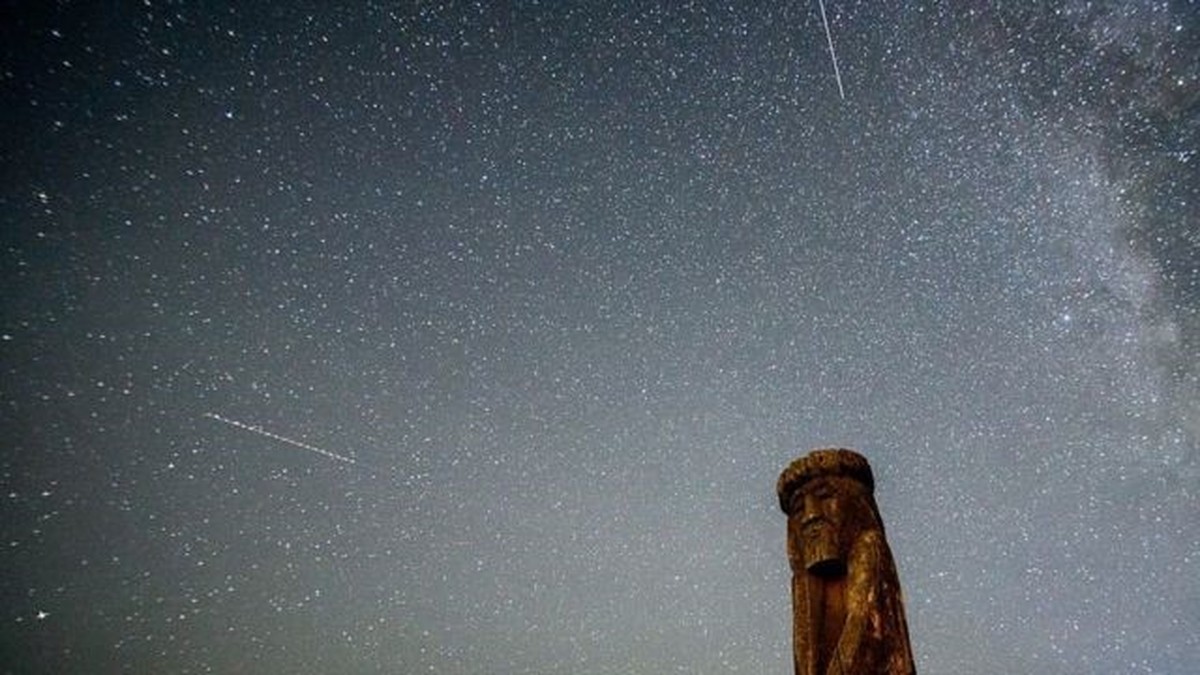 Perseids: how to observe meteor shower in Brazil | Science

Every year, the Earth crosses a cloud of cosmic debris, and the skies light up at night with the Perseids, a meteor shower. The phenomenon is also often called “shooting stars”, because of the sensation one has of watching stars falling in the sky.

This year, the Perseids will have their peak of activity between August 12th and 13th (Friday and Saturday). They can be seen from all over the world, although most clearly from the Northern Hemisphere.

Therefore, in Brazil, it is easier to see them in the North and Northeast of the country. The best time to observe the phenomenon is when the sky is completely dark.

And it must be that he is clean.

But unfortunately this year the phenomenon will probably not be as spectacular as last year, due to the full moon — whose luminosity hinders the visibility of other bodies in the sky.

“Unfortunately, this year’s peak Perseid activity will be in the worst possible circumstances for observers,” says Bill Cooke, a NASA astronomer who leads the Meteoroid department.

In the Northern Hemisphere, for example, observers may see a reduced number of shooting stars this year — perhaps between 10 and 20 per hour instead of between 50 and 60.

NASA jokingly tweeted that stargazers will see a “bright duel” between the Perseid meteor shower and the full moon.

Still, there is a chance of seeing shooting stars and, with any luck, even a fireball in the sky.

The Perseids can be seen in most parts of the world, such as Russia — Photo: Getty Images via BBC

It all starts with Comet Swift-Tuttle in its 133-year orbit around the Sun.

“What happens is that every year the Earth collides with the comet’s orbital path and all the debris left behind,” says astronomer Edward Bloomer of the Greenwich Museum in London.

When these cosmic debris — ice, dust, and pieces of rock the size of a grain of rice — reach the upper layers of the atmosphere, “they catch fire with impressive results, even if sometimes it’s just for a split second”says Bloomer.

The Perseid meteor shower is special in that it is predictable—always appearing in mid-August, and sometimes even in late July.

The phenomenon can be appreciated with the naked eye and during several nights in a row.

Sometimes a larger piece of comet debris appears in the sky and “if you’re lucky, you might spot the strange but spectacular fireball”says Bloomer, who says he was only able to observe this phenomenon for a few brief seconds, even after years of following the Perseids.

Is it worth trying to observe the phenomenon?

The Perseids have been spotted in the skies over Anatolia, Turkey, for centuries – Photo: Getty Images via BBC

“Totally,” says Bloomer. “Turn off all the lights and try.”

The Perseids are a kind of fireworks display of nature.. And the meteor shower is so abundant that an observer can easily spot up to 100 shooting stars per hour.

And although meteors hit Earth’s atmosphere at an incredible speed of 215,000 km/h, they pose no danger.

“Give yourself a gift, lie down on a blanket and look at the sky. It’s incredibly relaxing”says Bloomer.

Tips for observing the Perseids

Why is the phenomenon called Persiedas?

From ancient China to the Romans, there are many legends that try to explain the Perseids phenomenon — Photo: Getty Images via BBC

“We call them Perseids because shooting stars seem to fall from the constellation of Perseus“, says Bloomer, but the phenomenon has been observed — and named — by many different cultures.

In Catholic tradition, he is known as “The Tears of Saint Lawrence” in reference to Laurentius, one of the seven deacons of Rome who became martyrs in the persecution of Christians by the Romans in the year 258.

As this saint would have been killed at the stake on August 10th, local folklore says that the shooting stars visible at this time of year would be residual sparks from the fire that consumed him.

But long before the Romans, there were some surprisingly accurate astronomical records from Persia, Babylonia, Egypt, Korea, and Japan—with detailed accounts of meteor showers.

The first sighting of the Perseids is believed to have taken place during the Han dynasty in China, when astronomers in the year 36 wrote of nights when “over 100 meteors flew in the morning”.