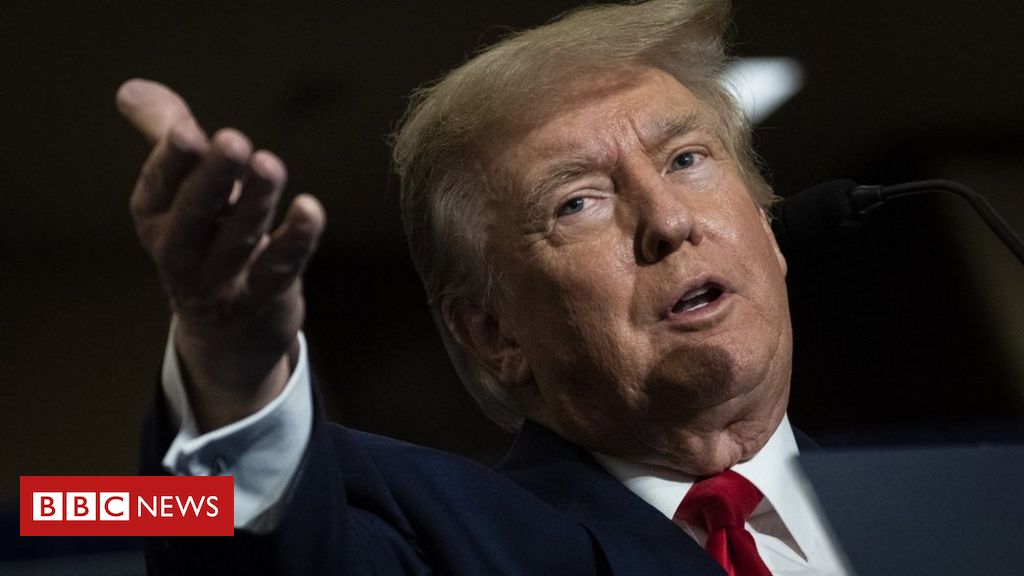 Former US President Donald Trump said on Monday (8/8) that his Florida mansion was the target of an operation by US Federal Police (FBI) agents and that they had even broken into a safe in his house. House.

In a statement, Trump said the Mar-a-Lago residence in Palm Beach was “occupied by a large group of FBI agents”. The former president was in New York at the time of the operation, CBS News reported.

According to sources, the search was part of an investigation into official documents that may have been violated by the former Republican president. But both the FBI and the US Department of Justice have not commented on the operation reported by Trump.

“These are dark times for our nation. Nothing like this has ever happened to a president of the United States in the past,” the former president said in a statement, adding that he has cooperated with all relevant authorities and therefore the “unannounced incursion in my residence was not necessary or appropriate”.

Trump said it was “accusatory misconduct” and “a setup by the justice system” to prevent him from possibly running for the White House in 2024.

“Such an attack could only occur in failed Third World countries,” said the Republican. “Unfortunately, America has become one of those countries, corrupt on a level never seen before. They even broke into my safe!”

CBS News claimed that the FBI’s execution of the search warrant on Trump’s property was related to an investigation into Trump documents and the National Archives.

Former US presidents are required by the Presidential Records Act (PRA) to transfer all of their letters, work documents and e-mails to the National Archives, the US government agency that preserves presidential records.

An unnamed source told CBS that the Secret Service — which protects the former president — was notified shortly before the warrant was served around 10 am on Monday (11 am ET), and that agents helped FBI investigators.

Experts say that for such an operation to receive judicial authorization there must be some suspicion of a crime, but that does not mean that it will result in indictment.

Several boxes were taken away, the source said, adding that no doors were broken down and that the operation was completed by late afternoon.

In February, the National Archives asked the Department of Justice to investigate Trump for possible irregularities in the way the former president keeps official documents.

The National Archives says it recovered 15 boxes in Mar-a-Lago in a February operation, some of which contained confidential records.

In addition, Trump is accused of illegally ripping up many documents.

Some pieces of foil needed to be glued back together, according to the state agency. At the time, Trump reacted by saying the accusation was “fake news”.

The source added: “They [agentes do FBI] just left, and left with very little”.

The journalist obtained photos that she said show papers in a White House toilet.

The operation on Trump’s mansion comes amid news that the Republican is preparing to run for president again in 2024.

News of the FBI operation has mobilized some of Trump’s supporters. A group of fans of the former president gathered outside Mar-a-Lago to protest the operation.

Republican Minority Leader in the House of Representatives Kevin McCarthy said: “It’s over the line. The Justice Department has reached an intolerable state of war politicization.”

A senior White House official told CBS that President Joe Biden’s administration was not advised of the FBI search.

“No prior knowledge,” said the official, who was not authorized to speak publicly on the matter. “Some found out about it through the press, others through social media.”

The White House said it is limiting its interactions with Justice Department officials to avoid any hint of political pressure or bias.

Biden vowed during his White House campaign to stay out of White House affairs. The Democratic president and his family are awaiting a decision from federal prosecutors on a possible indictment of his son, Hunter Biden, on tax evasion and other charges.

Previous Negotiation with Ferraresi closes São Paulo squad in 2022; see who arrived and who left | Sao Paulo
Next Harry Styles took hours to hide his tattoos for filming