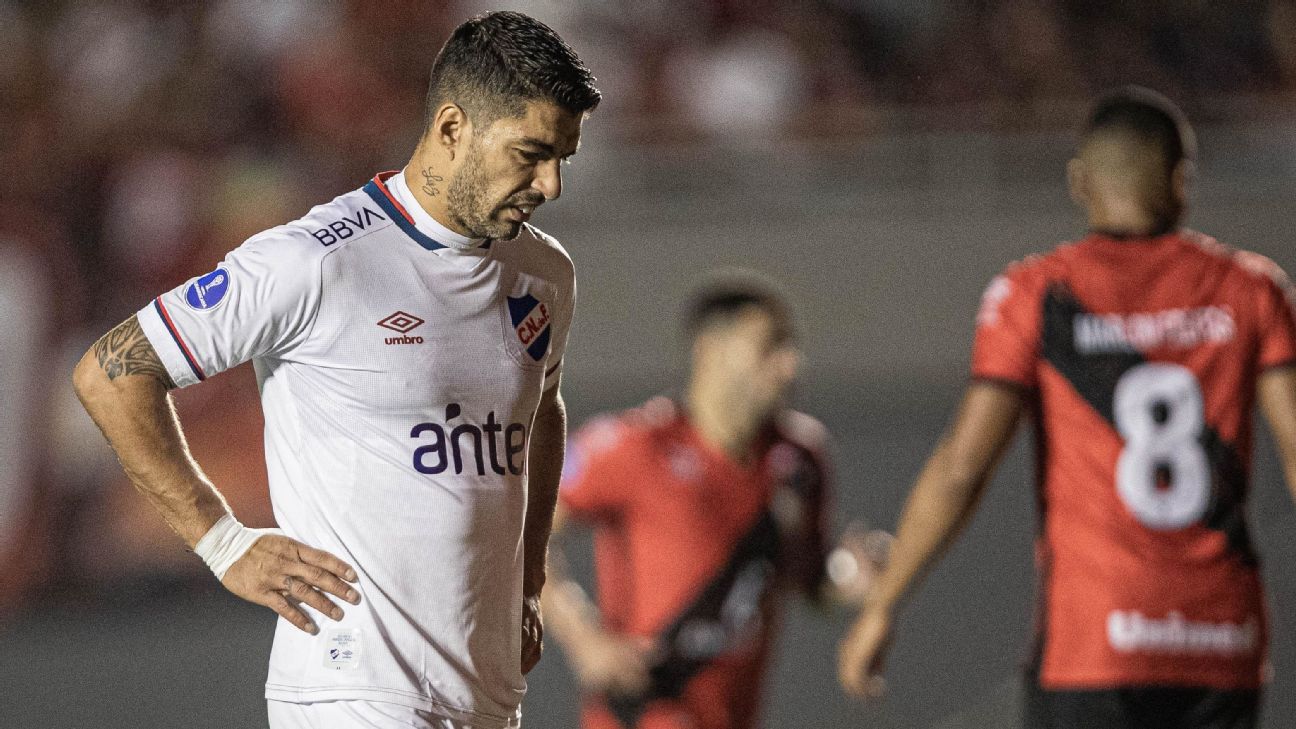 Atlético-GO makes fun of Suárez after eliminating Nacional in Sudamericana: ‘Come to Goiânia’

After winning 1-0 in Montevideo, the Atlético-GO beat Nacional-URU 3-0 at the Serra Dourada stadium and qualified for the semifinals Copa Sudamericana for the first time in history.

After the match, the team from Goiás celebrated the result and took the opportunity to make fun of the Uruguayans.

and left for Luis Suareztop scorer recently signed by Nacional, who entered only at halftime.

in your profile at twitterDragão reposted a video published by the official account of the Sudamericana in which it shows the reactions of ‘El Pistolero’ after the second red-black goal.

In the publication, Atlético laughed at Suárez and sent the message: ”COME TO GOIÂNIA!”

the opponent of Atlético-GO in the competition will be the one who advances from Ceará x Sao Paulo. The two teams face each other this Wednesday (10), at 19:15 (Brasília time), at Arena Castelão. In the first leg, Tricolor won by 1 to 0 and plays with the advantage of the tie to guarantee classification.