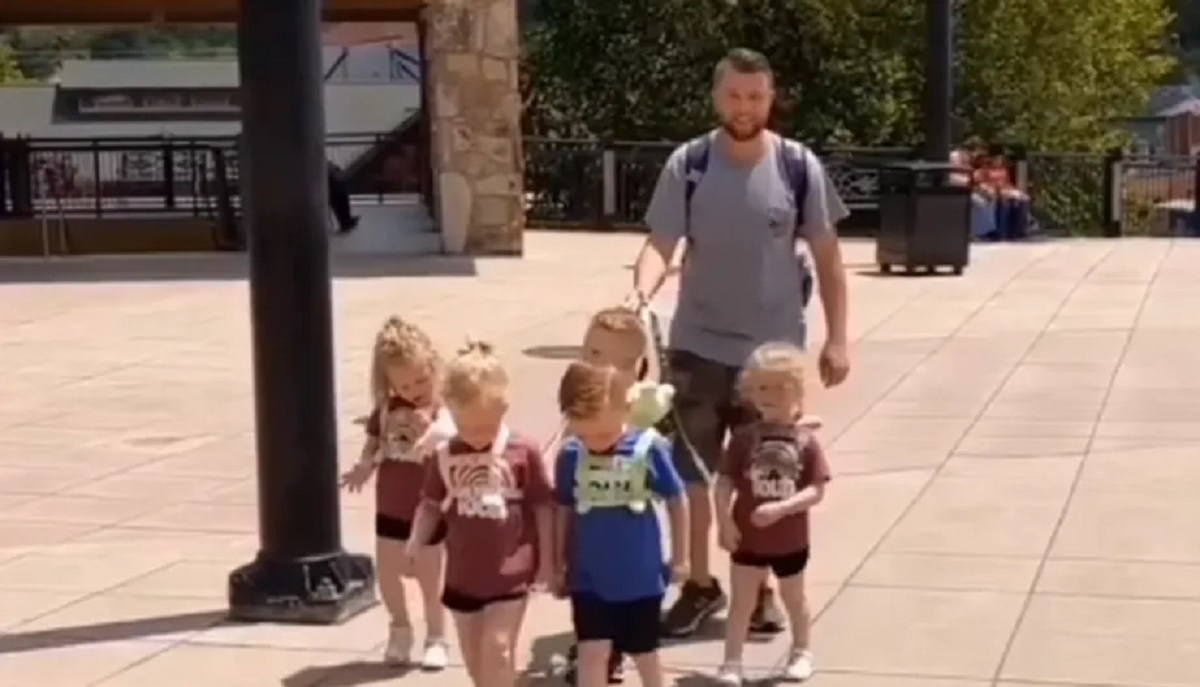 Father of quintuplets is criticized for using ‘child collar’: ‘Training’

The video of a father with his 5-year-old quintuplets began to go viral on social media and divided opinion for him using the “child collar” with his children. In the recording, the children are attached to each other by straps on their backs, as if with backpacks, walking in front of their father during a trip to an aquarium in the USA.

Credit: Playback/InstagramFather of quintuplets is criticized for using a child’s collar: ‘Training’

But apparently Jordan Driskell doesn’t give a damn about criticism. In an Aug. 1 post, he posted a new video of his family, with the kids inside grocery carts, writing in the caption, “don’t mind me, I’m just training my ‘dogs’ in the crate.”

“Children are so curious. They want to run and explore,” Jordan told Today Parents. “For our own peace of mind and sanity, we wear a leash. It also allows us to get out of the house and do fun things as a family without stressing out.”

Jordan, 31, and Briana, 34, are parents to Zoey, Dakota, Hollyn, Asher and Gavin. The couple, who live in Kentucky, often used a giant stroller with room for six children when the children were younger. Now, however, parents report that they enjoy walking and running. In addition, walking with the stroller makes everything more difficult because it is very bulky. According to Jordan, the “leash” allows the children to move around in crowded places without him losing control of where the children are located. “They love it,” the father added.

The images of the child safety accessory were made in 2021, but they only went viral today, having already exceeded three million views. Despite the criticism, in the comments there is also a series of praise for the solution chosen for the family to be able to walk safely.