Flamengo 1 x 0 Corinthians for the quarterfinals of Libertadores 2022

Flamengo beat Corinthians again tonight (9), this time 1-0 at Maracanã, and thus secured their classification to the Libertadores semifinals. The game at Maracanã was more balanced than the first leg, but Rubro-Negro controlled it from Pedro’s goal and advanced without too many scares.

Added to the 2-0 of the first leg, the victory ended the confrontation with 3-0 on aggregate. Qualified, Flamengo is still alive on three fronts and awaits the Argentine clash between Talleres and Vélez Sarsfield, tomorrow (10), to know the next opponent in Libertadores. Corinthians, on the other hand, is forced to react quickly so that the elimination does not also have an impact on the Brasileirão and the Copa do Brasil.

The teams return to the field at the weekend. On Saturday (13), Corinthians welcomes Palmeiras in a duel of leader and vice-leader of the Brasileirão, and the next day Flamengo has a direct game against Athletico, the first of two in a row.

Flamengo started the match dispersed and leaving holes in the defensive system. The team took a while to read Willian, who floated between the defensive midfielders and created opportunities. After suffering some scares, the reorganization allowed to control the match, finishing the first half better in the field, even without great chances.

In the final stage, Rubro-Negro came back much more connected, started to press and found the way to the goal with their maestro Arrascaeta. Soon after, the Corinthians player Bruno Méndez was expelled and the classification was placed in the Flamengo pocket.

Vítor Pereira’s bet was on youth and strong marking, with three midfielders. The team managed to alternate moments of closed marking, in front of the area, with good collective rises to stifle the exit of the ball from Flamengo. battled. Pressured by the aggregate score, he had to launch the attack in the second half and suffered a goal from Pedro shortly after the break. After Bruno Méndez was sent off, he just waited for time to pass. Paid for the bad game on the first leg.

The best of Flamengo: Arrascaeta is the conductor

The number 14 showed once again why he is left with the Flamengo shirt. In Pedro’s goal, he took Fagner out of the play and gave a beautiful three-finger assist for the attacker to arrive with a cart. Soon after, he made another beautiful move and left Gabigol in front of the goal, but shirt 9 was stopped by Cássio. The Uruguayan doesn’t seem to be making the effort to play the fine ball. It had already been like that in the first game, and it was again in the return.

The worst of Flamengo: Filipe Luís is discreet

The experienced left-back did not have a bad match, although he gave up spaces at the beginning of the game. But with a discreet performance, he differed a little more from the other teammates.

The worst of Corinthians: Yuri Alberto is not found

Hired as a hope of goals, shirt 7 takes time to find his best football at Corinthians. He still hasn’t scored in the seven games he’s already played, and at Maracanã he had a chance: in the first half, he had a ball one-on-one, but he fumbled with the ball and ended up disarmed. He was replaced by Róger Guedes in the final stage.

Frantic start has chances for both

After two minutes, Pedro created Flamengo’s first chance on a bicycle that passed close by. After the first pressure, Corinthians evened the game when they advanced their marking: first Adson stole a ball almost on the baseline and demanded a great defense from Santos; then Fausto was free in the area, but he caught it badly at first. Fla then responded with a dangerous header by Éverton Ribeiro that went close to the crossbar. All this in just 16 minutes.

Flamengo entered the field wanting to have possession of the ball and control of the midfield; Corinthians preferred to be combative in marking and fast after tackles. After the rocky start, both strategies became practical. Rubro-Negro almost took the lead after a table by Éverton Ribeiro and Rodinei, and then again with a long shot by Gabigol that went close to the post. Alvinegro held on and tried to use speed on the sides, but the first half ended goalless.

Pedro ends the hopes of Corinthians

Corinthians came back with one less midfielder and Renato Augusto on the field. The intention was to attack more, but there was no time. After seven minutes, Flamengo opened the scoring with Pedro after an escape from Arrascaeta behind Fagner. From then on, the tie was decided, and it was not for nothing that the first shouts of “eliminated” began to sound at Maracanã ten minutes after the goal.

The wide advantage left Flamengo at ease in the game, and Corinthians did not find themselves anymore. Rubro-Negro was in complete control when Bruno Méndez was sent off for a handball foul as the last man, and from then on he put the opponent in the circle. The only reason he didn’t score more goals was because Gabigol got tired of losing goals: he stopped in Cássio twice, in the third he punctured after a great move by Arrascaeta and in the last he sent it out.

The Brazilian team was present at Maracanã with Cleber Xavier, Tite’s assistant, and Matheus Bachi, son of the coach and also a member of the commission. They were in one of the boxes to follow the game and observe possible candidates for future calls. Both have even worked with Tite at Corinthians.

Journalist Benjamin Back, a declared Corinthians fan, did not escape the red-black provocation during the match. Located in the Maracanã press tribune, he was identified by Flamengo fans who were nearby, in the West sector, and had to hear the shouts of: “Me, me, me, Benja se f?”.

Noise dispute between the crowds

The Flamengo and Corinthians fans had a duel in the stands of Maracanã before the ball rolled. The trigger was when the teams took to the pitch, and the frenzy lasted until the kickoff. Then, with the classification forwarded, the Flamengo fans celebrated and provoked with shouts of “eliminated”; Corinthians sang until the end even with the team dominated on the pitch.

The shirt number 12 reached the second place in the list of players who entered the field the most times for Corinthians, with 607 games. in the accounts of Timon’s AlmanacAlvinegro’s historical data service, Cássio is tied with Luizinho ‘Pequeno Polegar’, idol of the 1950s and 60s. The goalkeeper is expected to isolate himself in second position in the classic against Palmeiras, on Saturday, at Neo Química Arena.

Goal: Pedro, seven minutes into the second half 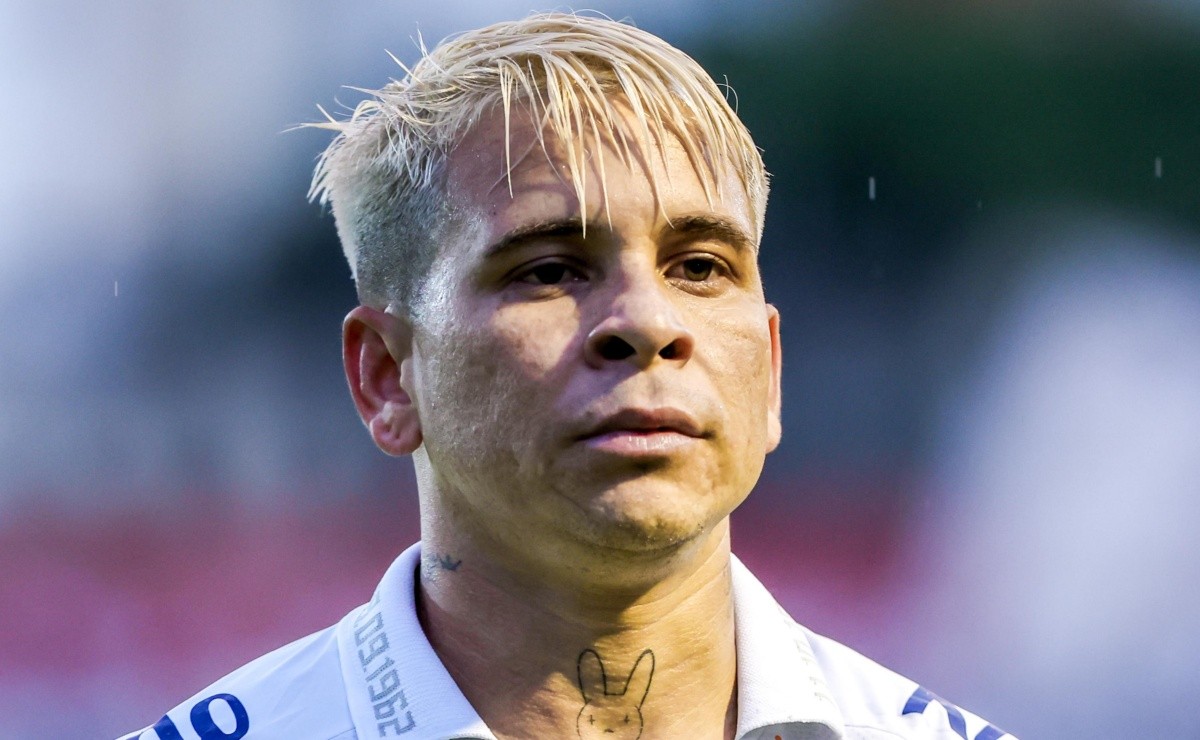 Santos has had a start to the season that greatly worries its fans. With a …