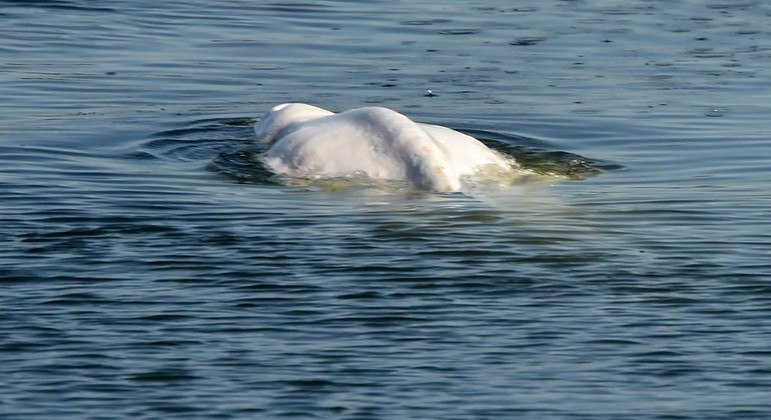 French authorities are moving forward with a delicate plan to transport a lost beluga in the River Seine back to the ocean, an expert said on Tuesday.

The 4-meter-long mammal was discovered a week ago and appears to be sick and very thin, but its condition is “satisfactory”, Isabelle Brasseur, from the Marineland marine animal park in southern France, the largest in Europe, told AFP. .

“We have an idea of ​​something that might work, we will explain and improve it with the people who will help us,” he said.

Belugas are a protected species of white whale that cannot survive long in fresh water.

The animal is currently about 130 kilometers up and down the English Channel in Saint-Pierre-la-Garenne, Normandy, trapped between two locks — water elevators that make ships go up and down — about 80 kilometers north of the island. French capital.

The idea is to take the beluga by land to an undisclosed seawater basin for release. But the difficulties are considerable, and the trip is likely to put even more stress on the 800-kilogram mammal.

The NGO Sea Shepherd France, which is involved in the operation, said in a statement on Tuesday that sedation is not an option because the belugas need to be awake to inhale air.

“Anyway, we have to get her out of there and try to find out what’s wrong,” Brasseur said.

Veterinarians will keep a constant eye on the animal’s condition during the transfer.

“There may be internal problems that we can’t see,” Brasseur said, though he added that belugas are an “extremely hardy” species.

Sea Shepherd has appealed for donations of heavy ropes, nets, mattresses and other equipment.

Belugas generally live in cold Arctic waters, and although they migrate south in the fall to forage, they rarely venture that far.

According to France’s Pelagis Observatory, which specializes in marine mammals, the closest population of belugas is found in the Svalbard archipelago in northern Norway, 3,000 kilometers from the Seine.


Beluga found in the Seine River is stable, but still not eating