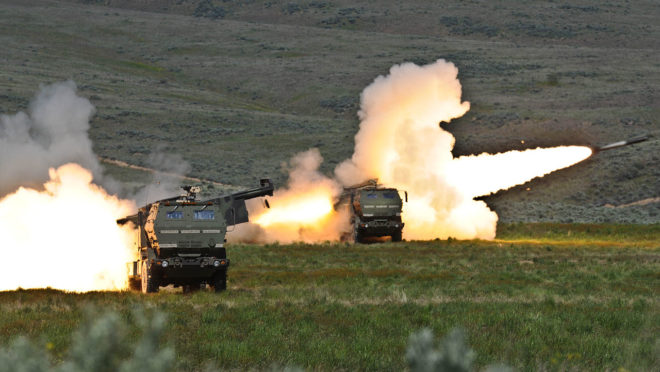 How Himars, a rocket system honored with music in Ukraine, works

An American rocket launch system has helped Ukraine and has become one of the country’s hopes in the (very difficult) attempt to win the war against Russia.

The High Mobility Artillery Rocket System, better known by the acronym Himars, has been used mainly in Russian-occupied regions such as Kherson, where Kyiv is planning a counteroffensive.

Light, fast and accurate, the system even won a song in Ukraine in its honor, whose lyrics praise its qualities and the breath that Himars brings to the Ukrainian people: “rocket after rocket against filthy enemies / it releases all our rage” .

In late July, the United States announced the dispatch of four more Himars, bringing the total provided by the Pentagon to 16 such launchers. But it is speculated that, with other equipment provided by other countries, up to 24 Himars are being used by Ukrainian forces.

Nelson Ricardo Fernandes, a risk analyst and former major in the Brazilian Army, said this system “changes the level of precision” in warfare. “Himars is fully automated, its loading is very fast. While a Russian launcher takes 30 to 40 minutes to load or reload, some a little more modern 20 minutes, the Himars can be done in five minutes. He shoots and gets out too fast, there’s no time for a backfire,” he detailed.

“Ukraine asked for the Himars because then they would have a launcher that would work, instead of in the 30 km range, which was where everyone was working, with targets in the 60 to 80 km range. You can reach up to 300 km, but depending on the type of ammunition; the launcher does not change,” he added.

Himars has a capacity for six GMLRS rockets (which have a range of about 70 km and are the ones being used in Ukraine) or ER GMLRS (150 km) or an ATACMS missile (300 km). The use of PrSM missiles, which could hit targets up to 500 km, is under development.

Fernandes pointed out that Ukraine has used the Himars to target Russian command posts and ammunition depots and for “tactical use of weaponry,” such as destroying bridges to disrupt the flow of supplies to invading troops.

“The problem is that the Himars rocket is relatively small, it is not made to destroy bridges, so it can destroy the board, the top of the bridge, not the infrastructure of it. Then, Russia throws train tracks on top, concrete and uses”, explained the analyst, also citing the pontoon bridges (floating bridges) used by the Russians.

This Tuesday (9), news emerged that there had been explosions in ammunition depots at a Russian air base on the Crimean peninsula, annexed by Moscow in 2014, but there is no information that Himars ammunition capable of cover that distance (about 200 km from the battlefront).

The Russian Defense Ministry said the explosions were not the result of attacks and the causes were being investigated. However, a senior Kyiv official told the New York Times, on condition of anonymity, that the attack was carried out by Ukraine and that “a uniquely Ukrainian-made device was used”.

In late July, Ukrainian Defense Minister Oleksii Reznikov said that Himars and other rocket launchers already sent to Ukraine had helped to destroy about 30 Russian command stations and ammunition depots.

“This significantly slowed down the Russian advance and drastically reduced the intensity of their artillery bombardments,” Reznikov said in an interview with the American think tank Atlantic Council.

However, he estimated that Ukraine needs at least 100 Himars for them to effectively “become a game-changer on the battlefield”.

Nelson Ricardo Fernandes agrees. “At the current number, you can’t get enough fire mass to change the course of a war of this size,” he warned. “Himars is being useful, it’s getting in the way of the Russians, it’s working, but to turn the conflict around, a much larger amount would be needed than the current one.”

The analyst also pointed out that Russia is already seeking measures to reduce the Himars’ influence on the battlefield.

“Russia is talking to Iran to buy large drones that carry weapons and can fly for 17 to 24 hours. They will place several drones in the region and when they see a Himars, the drone itself will shoot,” he said.

Other problems for Ukrainians, according to the analyst, are a likely Russian escalation in the coming months and the arrival of winter in Europe – which, with the possible total interruption of gas supplies by Russia, could generate popular dissatisfaction large enough to shake. decisively support the West for Ukraine.

Previous New privacy functions arrive on WhatsApp – Rádio Itatiaia
Next Joker 2: Margot Robbie would be offended by the casting of Lady Gaga as Harley Quinn