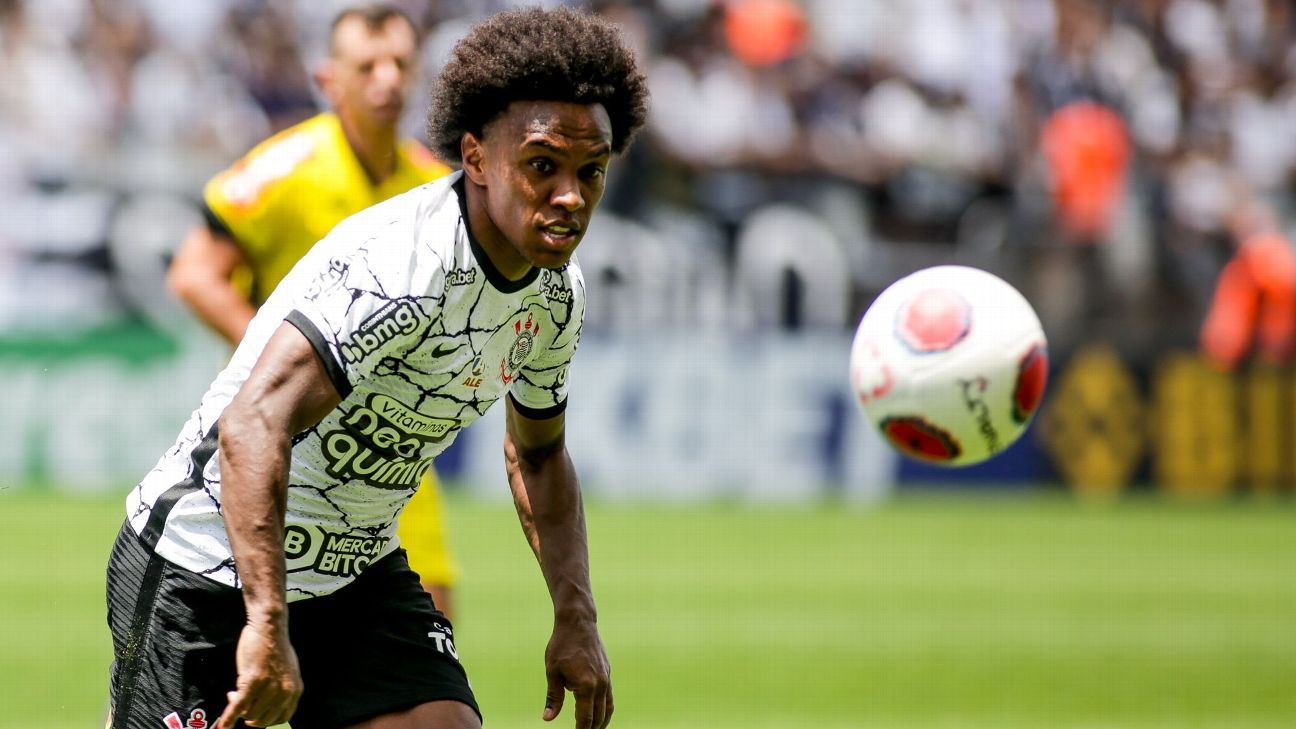 Willian confirmed that he is leaving Corinthians in contact with journalist Mauro Naves, from ESPN channels

William already recognizes that he is leaving of Corinthians. The player will still have a meeting with the alvinegra board this Wednesday to deal with the matter, but the decision has been taken a month ago.

Before the meeting with Duílio Monteiro Alves, the attacking midfielder spoke with the journalist Mauro Navesof the channels ESPNand confirmed that he will return to Europe with his family.

Willian also acknowledged that it was not a dream return to the club that revealed him in Brazil, but he countered criticism of his numbers – he has scored just one goal in 45 games since September 2021.

“I know my performance wasn’t what I expected, but I’ve never been a player to score 20 or 30 goals a season,” said the athlete.

The main reason that led Willian to look for Corinthians to deal with his departure was the recurring threats he and his family suffered on social media.

He denied any problem with coach Vitor Pereiradespite the discomfort of some leaders of the Corinthians squad with statements made by the coach.

“I never had the slightest problem with Vitor Pereira”, he summarized.

To leave Corinthians, Willian will give up the contract and the amounts he would have to receive until 2023, something also confirmed by the player.

“I give up everything I have to receive,” he said.

With the unhappy family in Brazil, William will return to London, England, in the next few days.the country where he spent most of his career, playing for Chelsea and Arsenal.

Thus, Willian no longer defends Corinthians against palm treeson Saturday, at Neo Química Arena, for the Brazilian championship. He ends his stint with 45 games, since September 2021, with one goal and six assists.