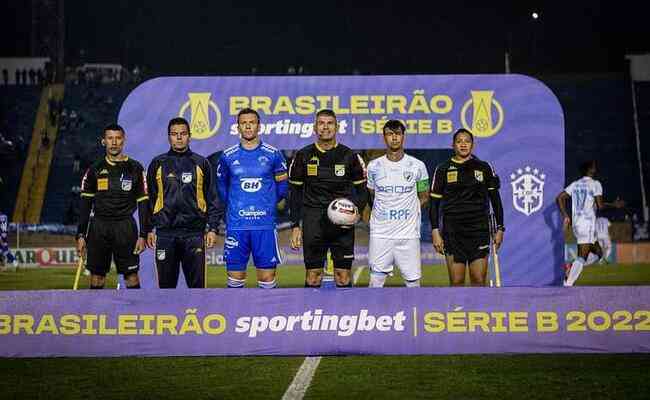 Referee Marcelo de Lima Henrique (CE), responsible for refereeing the game between Londrina and Cruzeiro, made only a brief summary of the confusion involving the Raposa players and the Military Police of Paraná, at the end of this Tuesday’s match (9/ 8), at Estdio do Café, for the 23rd round of Serie B of the Brazilian Championship. However, he did not report the reason for the disagreement in the summary.

Although part of the confusion was recorded by the broadcast of the match, Marcelo de Lima only made a summary of what happened. In the document, the referee did not mention two important facts: the revolt of the Minas Gerais team’s players against the stadium’s security team and the police’s use of pepper gas.

“I inform you that after the end of the match, while the visiting team (Cruzeiro) was heading to their dressing room, some team players went to the port that gives access to the transmission cabins, needing to be contained by the security forces (security and police )”, recorded.

“They’re saying that I said ‘bye’ (to Londrina’s fans), but I didn’t. I was thrilled with Cruzeiro’s goal, folks, that’s all,” said the broadcaster, referring to the goal scored by Rodolfo, which guaranteed Cruzeiro’s comeback in the second half.

Radio field reporter Emerson Pancieri reported that then Cruzeiro players came out of the dressing room and tried to help Pequetito Reis stop the fans from invading the booth.

The journalist stated that the PM then hit goalkeeper Rafael Cabral and midfielder Machado with clubs, in addition to having pepper sprayed Cruzeiro athletes.

Then Pancieri interviewed striker Luvannor, who reported what happened. “The guys’ fans (Londrina) are closing in on the guy (Pequetito). Four of our players went, but there’s support for the guys there. It’s 50 against four”, he began.

After a few moments, Pequetito Reis returned to participate in the transmission and calmed down whoever was listening to him. “I’m fine. If Flavinho (from the radio team) doesn’t run fast and put a bench as protection, as a bulkhead, they had invaded our cabin. We’re fine,” he said.

Previous Kindness makes man stay with garage blocked for almost a year in the UK – News
Next Trucker Aid is already being paid by the Government?