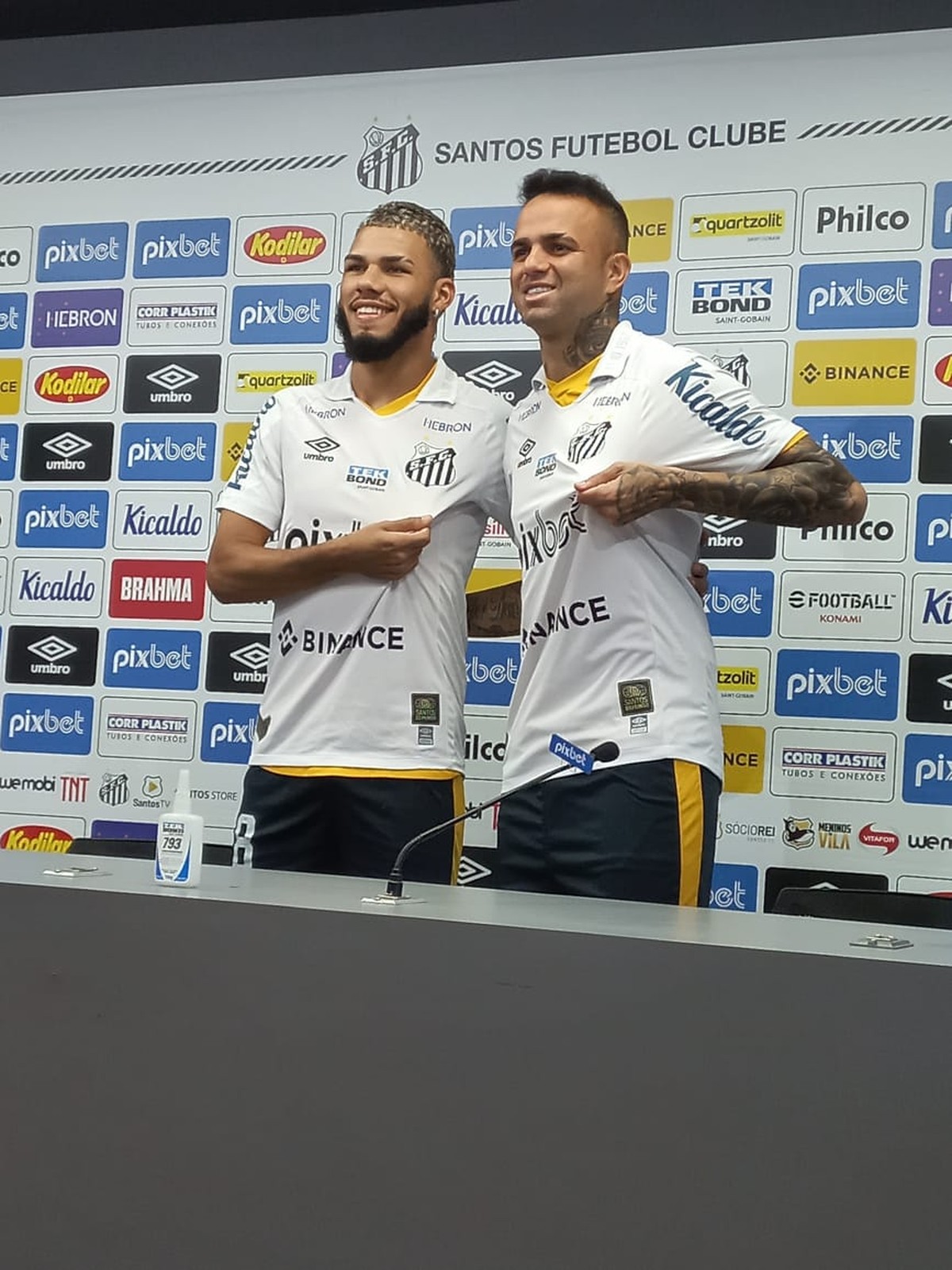 Santos presented this Wednesday their two most recent reinforcements: attacking midfielder Luan, on loan from Corinthians, and right-back Nathan, who was at Boavista, in Portugal.

Luan signed a loan contract until the end of the year with Peixe – there is an option to renew for another season. Nathan, on the other hand, was bought by the club and signed a bond until December 2026.

The attacking midfielder, who will wear the number 20 shirt, was asked about his new chance at Santos. And he cited advice from Gabigol to accept the proposal.

– You don’t need motivation (to play for Santos). The size of the club says it all, friends of mine who were idols here. I spoke to Gabigol, and he said to come with his eyes closed. Santos is a great club in world football. It wasn’t difficult (to choose), no – Luan said.

Luan also about the period of oblivion at Corinthians, where he spent almost the whole year out of the bank. He said he did not understand the reasons.

– I was playing with Tiago Nunes. I scored. The pandemic came. When we came back, we didn’t keep the same pace, we didn’t do well as a team, and so did I. With the change of coach, I didn’t play. Last year I asked to play, I came back scoring. I helped get to the Paulista semi. With the change of coach, I lost opportunity. I was always ready to play. I had an injury that hindered me, but I was already training normally. That was an option, I don’t know if it was the director’s or the coach’s. I was 100% prepared. I didn’t understand why I wasn’t playing. But that passed,” he said.

– In life, we have ups and downs. In football, most people are like that. I use it as a learning experience so I can improve. At Santos, I have a new opportunity. I want to grab this chance to show the best, with confidence, and have better football.

Nathan and Luan are presented by Santos — Photo: Yago Rudá

Luan stated that he can play in different roles.

– For me, from the middle to the front, I can do well in any one. In the middle, right, left. I don’t have this problem. There it is with Professor Lisca. Wherever he chooses I will be 100%.

– I’m not fast, speedy, top player. But since Grêmio I can move a lot. In the way the teacher chooses to play, my movement will help a lot. It’s leaving the ball to the winger to run and we give the pass.

Two factors contributed for Peixe to view the athlete’s arrival with good eyes: everything that Luan has already shown he is capable of doing and the conditions of the business. The division of salaries looked like this (Santos does not officially confirm):

The new right-back introduced himself to the crowd. And, like Luan, he warned that he can occupy different spaces on the field.

– At Boavista, I performed several functions. I played defender, side, winger, striker. Whatever Lisca chooses, I’ll be willing. You have no choice of position,” he said.

– I am a skilled full-back, I like to support a lot, I know how to score well. Those are my characteristics.

Previous ‘Isle of the Dead’: Filming of the pilot episode has already been completed
Next Federal Revenue brings auction with great cell phones for only R$ 500