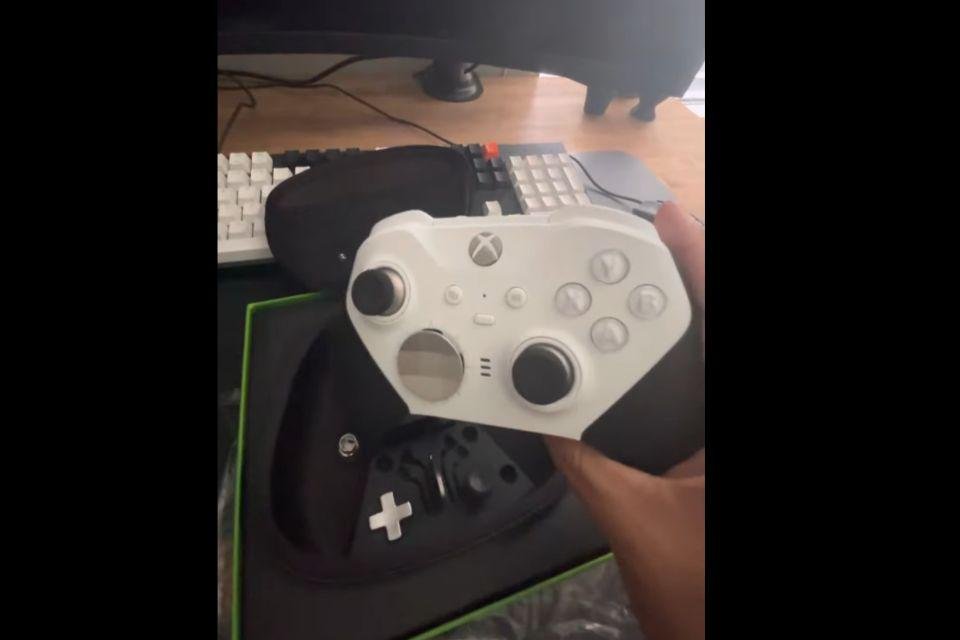 The praised control Xbox Elite Series 2 may get a white version soon. This is what an unofficial unboxing video indicates that was posted back in July, but has now been “uncovered” through the Internet.

The video is a minute and a half long and was posted on an unknown account signed by “Nicholas Lugo” on YouTube. The footage is simple and the author doesn’t say much other than saying that this would be the “only white Xbox Elite in the United States”.

Of course, on the internet everything is possible and the video could be fake, but if that’s the case, great care was taken to look authentic. Filming starts from the moment the box is opened, and the control perfectly reflects the product images that appear on the packaging.

As expected, just like the standard version of the Xbox Elite Series 2, the white edition comes with interchangeable accessories for the D-Pad and analog sticks, in addition to the small levers that can go behind the controller.

THE Microsoft hasn’t even officially spoken of a white Xbox Elite Series 2 yet, so we don’t have confirmation that it actually exists, let alone a date for commercial distribution.

The next big gaming event we will have is Gamescom, which takes place at the end of August. Xbox has already confirmed that it will participate, so it could be an interesting time for the announcement of the new accessory.